Carolina food banks, already short on supplies, are in desperate need of donations 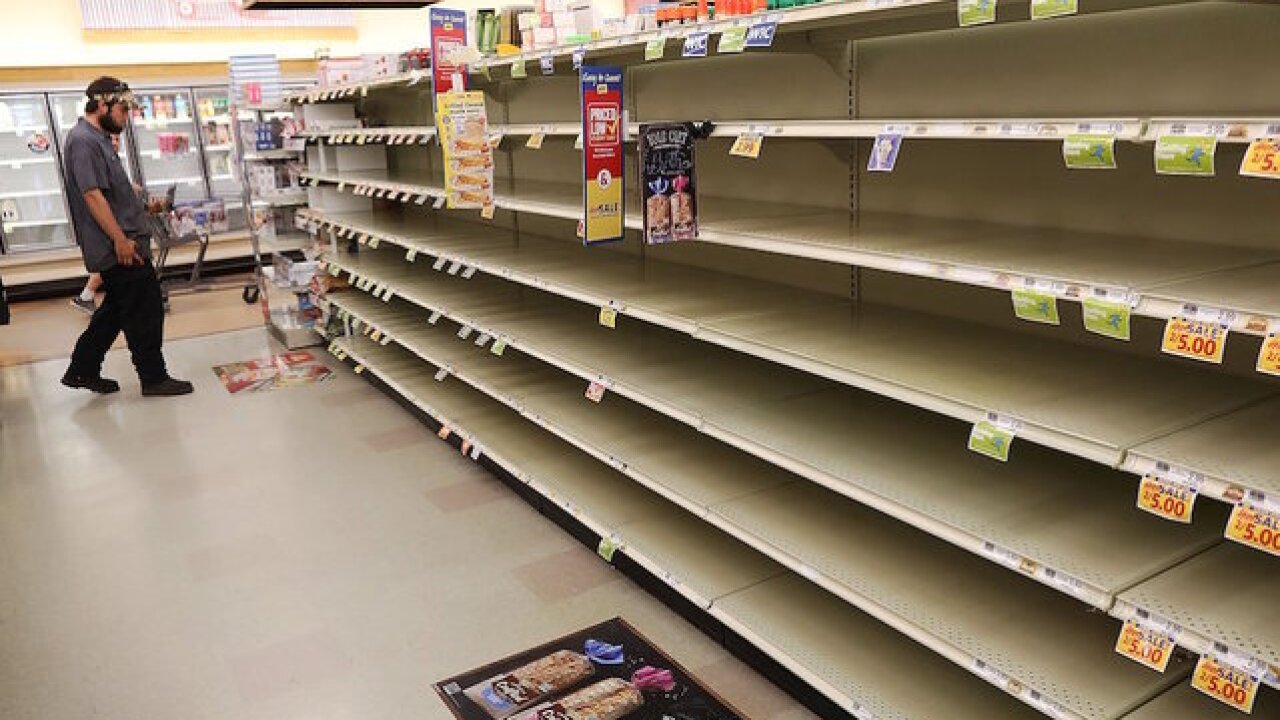 Traditionally, fall is low season for food banks across the country. They usually see a surge in demand during the summer months, which depletes their stocks.

But then, when they have to deal with a monster storm like Hurricane Florence, it really strains them.

"We're in that down mode and (then) we get hit with a storm like this," said Shari Waters, who works with Harvest Hope Food Bank.

Harvest Hope has three locations in South Carolina, and has found its resources strained because of Florence. Many food banks and food pantries are in the evacuation zones and have closed, shifting the needs to places like Harvest Hope that are still open.

The center also has been sending food and supplies to soup kitchens, first responders and other food banks in the projected path of the storm, Waters said.

Donations are coming in, but they won't fill the need for all the food the center will be providing.

"What we have in our warehouse right now after this storm will probably only last two days," she said.

Dealing with disasters, again and again

Food banks in the region have been tested in the past, after South Carolina floods in 2015 and the one-two punch of hurricanes Matthew and Irma in 2016 and 2017.

"What most people don't understand with food banks is that we're not just dealing with this disaster, we're dealing with another three from previous years," said Mary Louise Resch, spokeswoman for Feeding the Carolinas, a network of nine food banks.

In the case of Hurricane Florence, organizations are not sure how lasting the need will be.

"We know it's coming, we know there's going to be a huge need after the storm," Waters with Harvest Hope said. "One of the biggest concerns about this storm is how long the impact will be felt."

Monetary donations are the most helpful, Resch said. For every $1 a food bank gets, it can provide five meals.

Families who fled will also need items such as pop-top cans of nonperishable food, bottled water and diapers.

"A lot of our families leave home with very little," Resch said. "A lot of these things we can get to the hands of these people that don't know if they'll have a home to go back to."