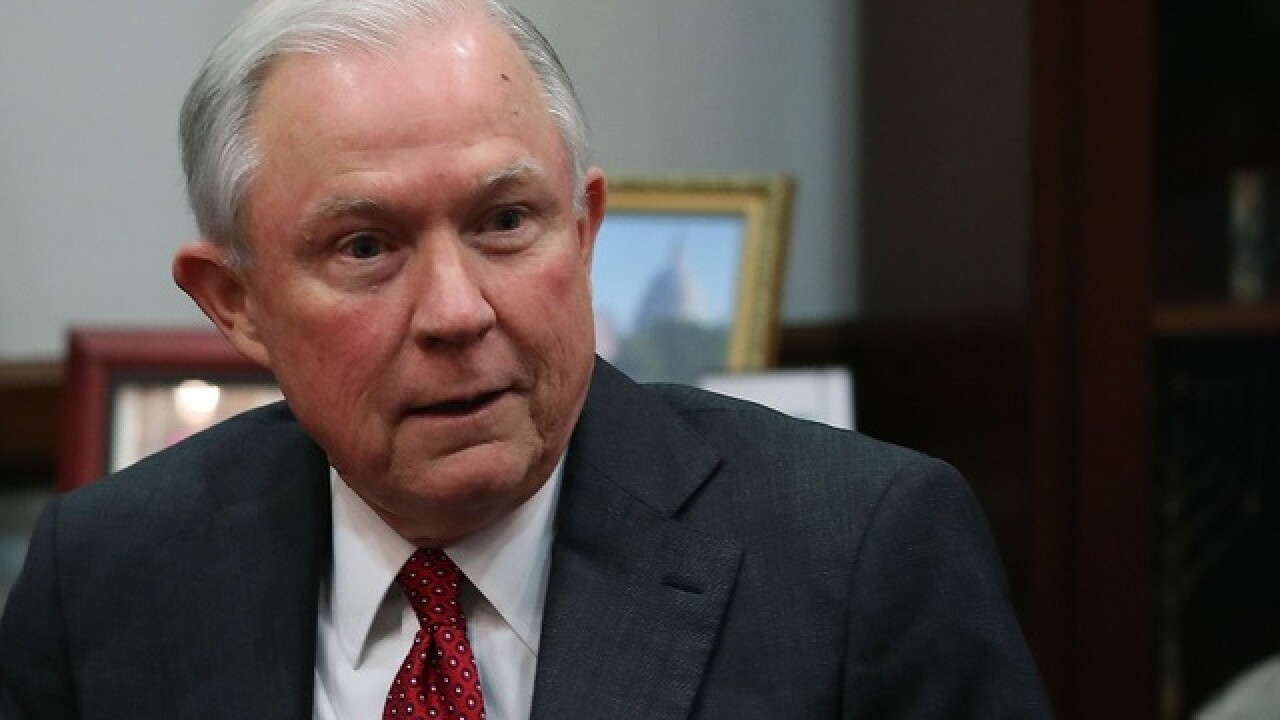 Copyright 2017 Scripps Media, Inc. All rights reserved. This material may not be published, broadcast, rewritten, or redistributed.
Mark Wilson

By: Mina Abgoon
Posted at 7:46 PM, Jan 03, 2017
(CNN) -- An NAACP sit-in to protest the nomination of US Sen. Jeff Sessions as US attorney general ended late Tuesday when six people were arrested at Sessions' Mobile, Alabama, office.
The arrests of five men and one woman included NAACP President Cornell W. Brooks, said Malik Russell, director of communications for the civil rights group. They face charges of criminal trespass in the second-degree, according to Mobile police.
The protesters arrived earlier Tuesday and said they would stay until Sessions is no longer the nominee or they were arrested.
"We are asking the senator to withdraw his name for consideration as attorney general or for the President-elect, Donald Trump, to withdraw the nomination," Brooks said Tuesday afternoon from Sessions' office.
"In the midst of rampant voter suppression, this nominee has failed to acknowledge the reality of voter suppression while pretending to believe in the myth of voter fraud."
Earlier in the day, Alabama NAACP President Benard Simelton said he and 15-20 others were there "conducting business as usual" and would remain until "Sessions meets our demands or the arrest -- whichever he chooses."
Sessions was nominated in November.
Brooks posted a photo on Twitter of himself, Simelton and two other activists in the office.
Sessions, a former Alabama attorney general, has been a controversial figure in the past. His appointment to a federal district court in 1986 by then-President Ronald Reagan sank when a former Justice Department employee testified that Sessions had made racist remarks. Sessions denied the allegations.
Sessions spokeswoman Sarah Isgur Flores, in a statement to CNN, said the senator "has dedicated his career to upholding the rule of law, ensuring public safety and prosecuting government corruption."
"Many African-American leaders who've known him for decades attest to this and have welcomed his nomination to be the next attorney general. These false portrayals of Sen. Sessions will fail as tired, recycled, hyperbolic charges that have been thoroughly rebuked and discredited," she said.
The-CNN-Wire
™ & © 2017 Cable News Network, Inc., a Time Warner Company. All rights reserved.
Copyright 2017 Scripps Media, Inc. All rights reserved. This material may not be published, broadcast, rewritten, or redistributed.