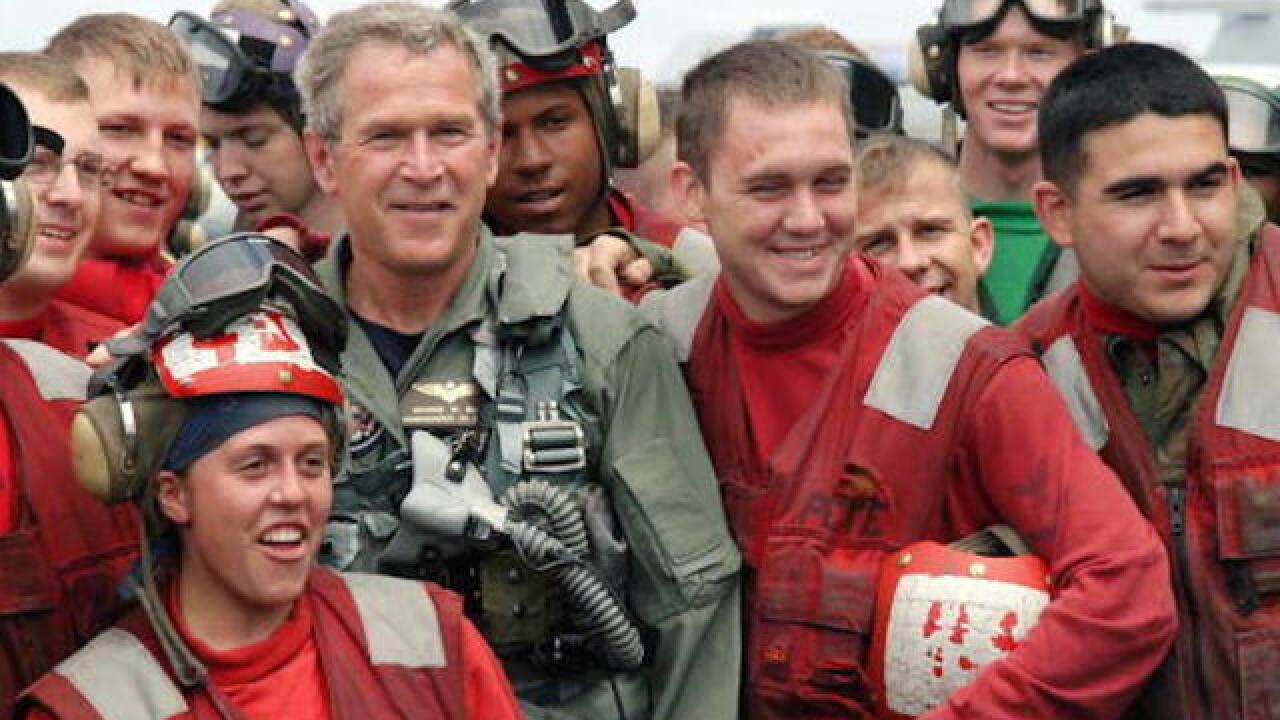 Copyright Getty Images
U.S. Navy
<p>AT SEA OFF THE CALIFORNIA COAST- MAY 1: U.S. President George W. Bush President George W. Bush poses for a photo with sailors on the flight deck of the USS Abraham Lincoln May 1, 2003 at sea off the California coast. Bush, who earlier landed on the carrier in a S-3B Viking, the first time for a sitting president, gave a national address. The carrier is returning from 9 1/2 months at sea, launching strikes in Afghanistan and Iraq. (Photo by Tyler J. Clements/U.S. Navy/Getty Images)</p>

Saturday marks the 13-year anniversary of the start of America's combat mission in Iraq, which eventually saw the conquest of the Iraqi government and the capture of Saddam Hussein.

On May 1, President George W. Bush declared 'mission accomplished' from the USS Abraham Lincoln. Little did anyone know that America's battle in Iraq was actually just beginning.

The war officially ended in 2011 after President Barack Obama had ordered a troop surge. The troop surge was ordered due to a rise in violence late in Bush's second term.

Since the end of the war in 2011, it has been a contentious issue in politics since. In recent months, Republican front-runner Donald Trump has suggested that going to Iraq was a mistake.

This has also been an issue being fought between Democrats. Democratic front-runner Hillary Clinton has been defending her vote in favor of the war as a member of the U.S. Senate as challenger Bernie Sanders has criticized her for her vote. Sanders voted against the war.

Researchers from the University of Washington estimated that 405,000 Iraqi citizens were directly killed in the war, along with 60,000 indirect fatalities. Various reports estimate that 5,000 American troops were killed during the combat.

The U.S. successfully captured Hussein, but Hussein's departure from power left a vacuum in the region, which partially led to the formation of the Islamic State.

The U.S. continues to operate bases in Iraq, despite no longer being involved in combat.