NEWS UPDATE: Police have released the body camera footage of an officer involved shooting on August 7th that injured one man. Police say the man rammed two cruisers with a truck before the officer opened fire. 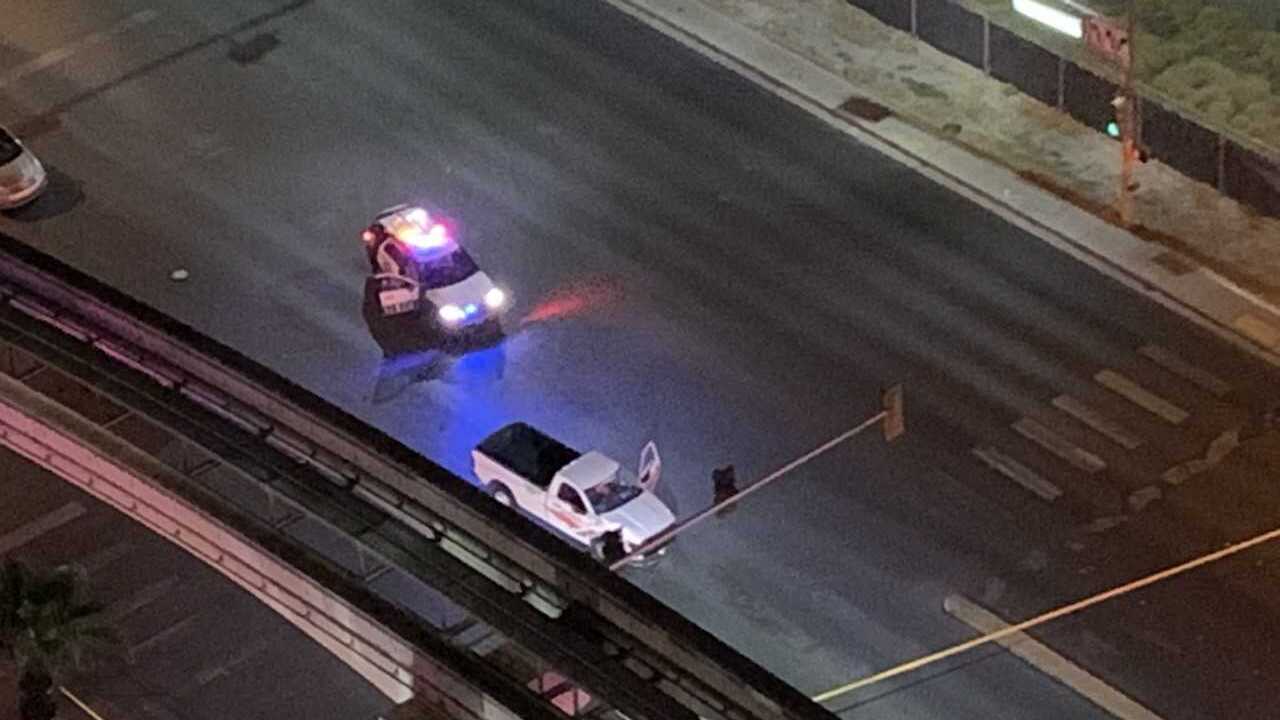 UPDATE AUG. 12: Las Vegas police have identified the man shot by an officer just east of the Las Vegas Strip, and the department released body camera footage of the incident.

The man shot was identified as Austin Cadeaux during a press briefing on Monday.

Cadeaux is being held in the Clark County Detention Center.

UPDATE AUG. 9: Las Vegas police have released the name of the officer involved in a shooting on Aug. 7.

Police say 25-year-old officer Joshua Byington has been employed with the Las Vegas Metropolitan Police Department since December of 2016.

Byington has been placed on administrative leave pending the outcome of a review of this incident.

Police say that officers spotted a U-Haul pickup that had evaded them a few days prior shortly before 9 a.m. at a convenience store in the 3600 block of Paradise Road.

The officers attempted to stop the pickup but the driver put the truck into reverse and rammed a police car.

He then drove over a curb and hit another patrol car.

At that point, an officer in the first vehicle got out and fire multiple rounds at the driver.

The driver continued and eventually stopped after hitting two citizen vehicles at the intersection of Paradise Roa and Karen Avenue.

The man then got out of the vehicle and ran away. After a short foot pursuit, he was taken into custody and transported to Sunrise Hospital with a non-life-threatening gunshot wound.

Police say the Las Vegas shooting happened in the 3600 Block of Paradise Road, near Paradise Road and Sahara Avenue, shortly before 9 p.m.

The suspect is in custody and was transported to Sunrise Hospital in unknown condition.

On Tuesday night there was a separate shooting involving an officer in Henderson.

Henderson Police Department says an officer shot an unarmed 15-year-old suspect after he tried to rob a convenience store and run from responding officers.