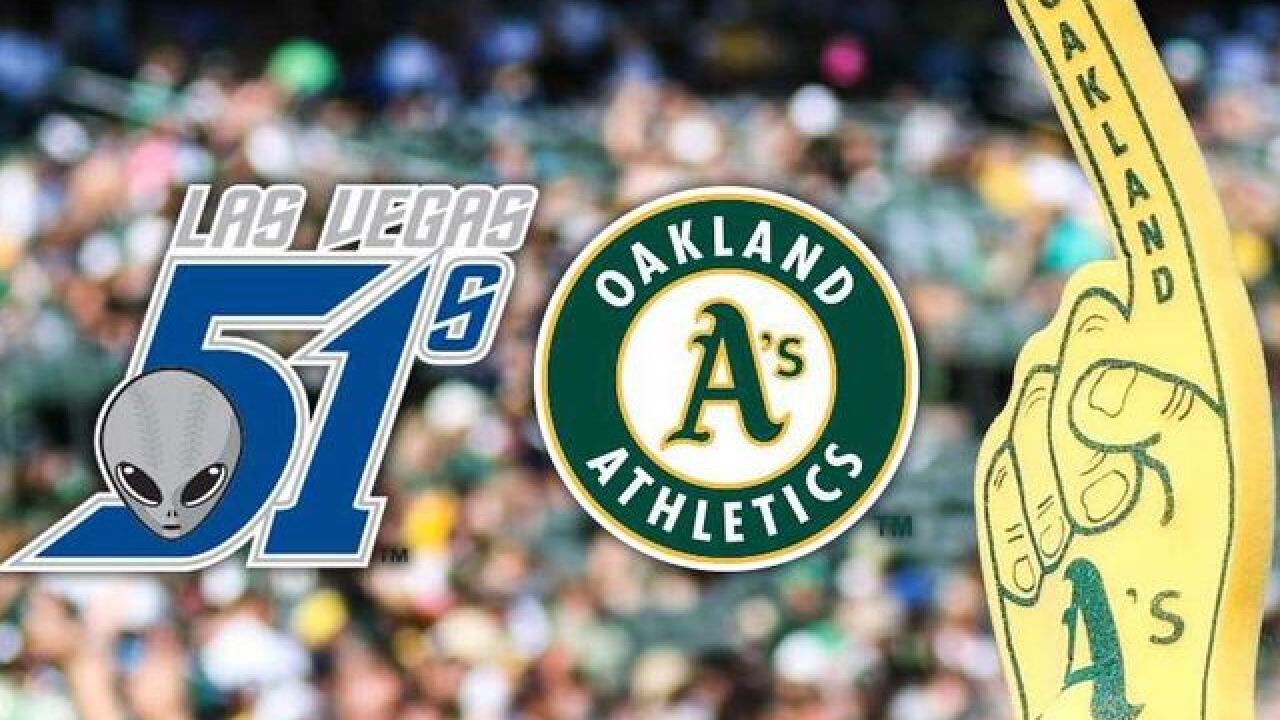 Copyright 2018 Scripps Media, Inc. All rights reserved. This material may not be published, broadcast, rewritten, or redistributed.
Las Vegas 51s

The Las Vegas 51s have a new affiliation - the Oakland Athletics.

The team announced a two-year Player Development Contract through the 2020 season on Monday.

“We are excited to have the Oakland A’s as our new Major League affiliate,” said Don Logan, 51s president. “I have known Billy (Beane) for a long time and consider him a friend."

The 51s completed their 36th season in the Pacific Coast League and final campaign as the Triple-A affiliate of the New York Mets this year.

The Oakland A's Triple-A team will not only get a new home but also a new stadium with a top-tier ballpark set to open in Summerlin.

“It is an incredibly exciting time to partner with the Las Vegas 51s,” said Billy Beane, Athletics executive vice president of baseball operations.  “Their ownership group is committed to providing a first-class environment for our players, which includes the grand opening of the Las Vegas Ballpark for the inaugural season of our affiliation."

Oakland's major league club is battling for a Wild Card playoff spot in the 2018 season.