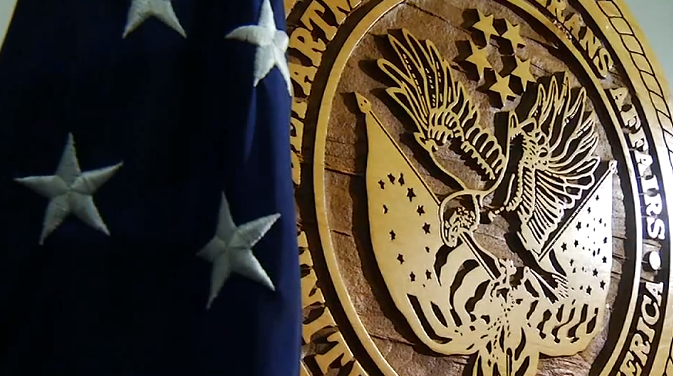 They've fought wars, been in combat, served our country; but for some veterans, their toughest battle has been getting timely health care through the VA serving southern Nevada. 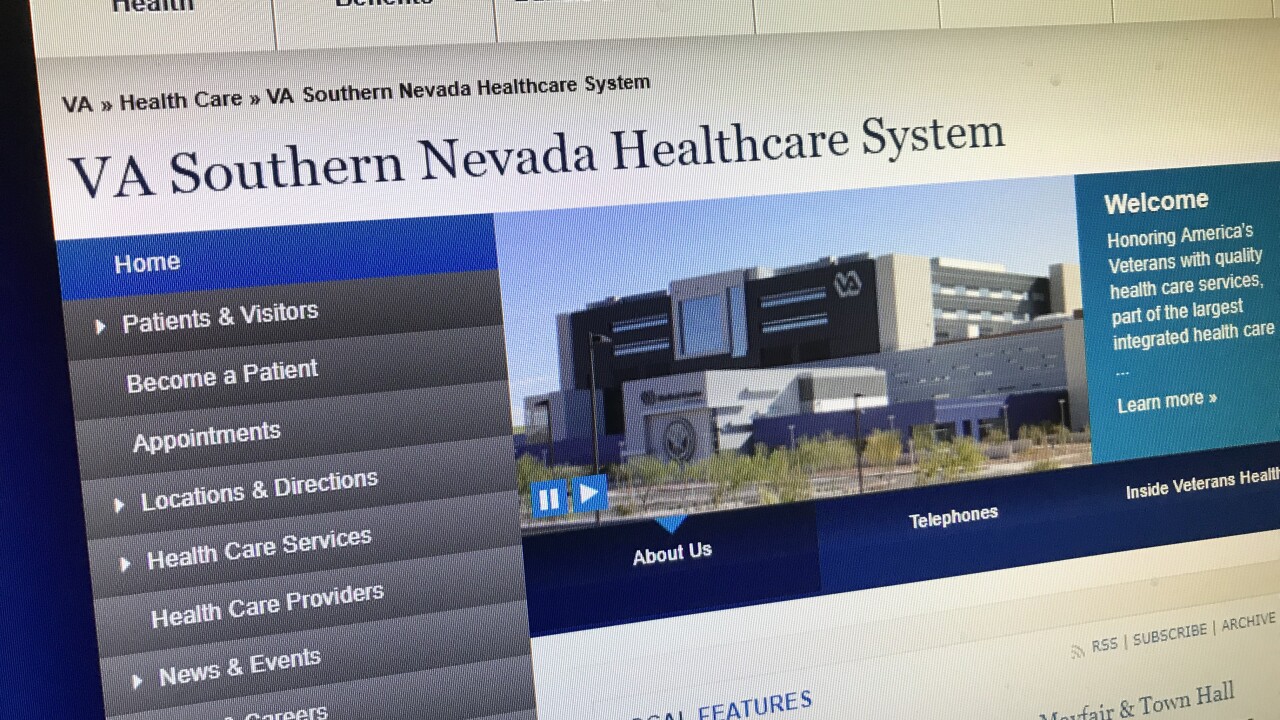 LAS VEGAS (KTNV) — They've fought wars, been in combat, served our country; but for some veterans, their toughest battle has been getting timely health care through the U.S. Department of Veterans Affairs serving Southern Nevada.

VA insiders reveal to 13 Investigates how many say the system is failing our heroes.

The VA Southern Nevada Healthcare System is ranked by federal regulators as a two-star facility. That's out of five. Veterans say it's earned that low ranking based on long wait times and missed diagnoses.

VA staffers, including numerous doctors, describe a culture of fear and retaliation for those who dare question administration. Though the VA calls these allegations "completely false to the point where airing them would be irresponsible," we disagree. We believe everyone needs to be heard, and these are their stories.

"This is actually me flying."

But on December 5 last year it was Robert who needed help.

"All of a sudden I had this chest pain all over, across my chest," Robert says

Right away Robert went to the nearest hospital.

"They gave me the option to stay in the hospital -- civilian hospital that I went to -- or go home and see my primary care provider within two days," Robert explains.

He chose the latter and tried to schedule an appointment with his primary doctor at the VA.

"And the response I got was, 'Please make sure to do labs one to two weeks before appointment.'"

Robert didn't have one to two weeks.

"I tried to do things through the system, the way it's supposed to be done."

But the system let him down. As co-founder of the Veterans Transition Resource Center, Robert knew he had to be proactive. With help from co-founder Jim Lytner, who called higher-ups at the VA, Robert finally got a cardiology consult on December 21.

"And they said we don't have any appointments until February. I said, 'that's not going to work for me.'"

Through the Veterans Choice program, he could get an appointment outside the VA system in mid-January. But that didn't work out either. They called the day before to cancel.

To summarize Robert's timeline; On Dec. 5, he went to the hospital with chest pain. As instructed, he tried to get an appointment with his primary doctor at the VA within 48 hours. On Jan. 21, he was finally able to get an angiogram -- 45 days later.

What happened next stunned him.

Really, he's lucky to be alive.

"I was angry at the VA," says Robert.

So why can't the VA see patients like Robert in a timely manner?

"Things need to change. The culture there needs to change," says Dr. Bryan Werner. He worked at the VA for over 9 years. He quit out of frustration in February.

"The leadership there is very self-serving," he says. "When it comes to executive management positions they don't follow the rules."

And that directly impacts veterans, according to Werner and others.

He specifically called out the former director, Peggy Kearns, for receiving multiple sessions of physical therapy. And the VA's Chief of Staff, Dr. Ramu Komanduri, for getting an ultrasound examination on his leg.

"And this was during normal business hours when veterans should be receiving care," says Dr. Werner.

"Essentially cutting into the front of the line, cutting in front of veterans," Dr. Werner explains. "Not paying for the service and doing it completely off the record."

The VA tells us former director Kearns and Dr. Komanduri were authorized to receive medical care at the VA under occupational health guidelines. We were unable to reach either of them personally for comment.

Dr. Werner believes raising red flags over their free health care and line-skipping sealed his fate at the VA. He was suddenly removed from his post in Physical Medicine and Rehabilitation and placed in a non-clinical role without explanation, making one less doctor available to veterans seeking care.

We've spoken to more than a dozen current and former VA staffers, many of them doctors, who say that's unheard of in a medical setting and Dr. Werner's situation is not isolated. They say staff morale, at all levels, is low because leadership often promotes under-qualified people.

"Morale was terrible," says Dr. Victoria Smith. "People were unsure whether they were going to have a job."

Dr. Smith recently retired. She would have stayed another two years but says the toxic environment was too much.

"The VA is a numbers company," she says. "There's no other way of looking at it."

Dr. Smith says the push to meet new wait time standards set after the nationwide VA scandal in 2014 is part the problem.

Not attaining the strict wait time standards means an even lower rating. And if the VA falls to 1-star, Smith says the entire leadership team believes it will be out. So those we spoke to say leadership is always looking for scapegoats.

When we asked the Southern Nevada VA for an on-camera interview, they did something we've never seen before in the history of 13 Investigates. The VA declined to address any issues unless Werner and Smith provided signed and notarized releases allowing the VA to "research and discuss" their conduct and performance (the full statement from the VA is below).

Both doctors saw this as nothing more than an attempt at character assassination and declined to sign. So the VA sent a statement saying that prevents them from commenting about the allegations except to say the allegations have no merit according to an internal review.

We told the VA repeatedly that we talked with a dozen current and past employees -- doctors, nurses and support staff who need to remain anonymous due to fear of retaliation. All of them paint a similar picture:

Zero respect for staff; logistical roadblocks making jobs difficult; extremely high turn over and very low morale; immense pressure to make numbers look good; and providers who identify problems singled out and subject to retribution. Staff who transferred from other VAs are shocked to see how this VA is mismanaged.

"And it's a sad situation," says Dr. Smith. "I hate seeing our veterans be short shifted like this."

The VA says in its statement, "...employee satisfaction and quality have improved considerably" and "inpatient satisfaction ratings" are some of the highest in Las Vegas.

Veteran advocate Jim Lytner agrees the VA Southern Nevada has improved is some areas. However, "...when you have people in there that want to be a part of the solution and want to be proactive, they get shot down. There's no question about that."

All the doctors and staff members we spoke to say our VA needs a change in leadership and direction. And the whole system needs to address whistleblower retaliation and the culture of "punish the messenger" they say extends all the way up to the Office of Inspector General.

These allegations are completely false to the point where airing them would be highly irresponsible. The allegations have been thoroughly reviewed and found to have no merit by VA Southern Nevada Healthcare System leadership. Due to Privacy Act restrictions, in order to comment on specific allegations from any current or former employees, we would need their written consent (by having them fill out and return the previously provided forms) to discuss all aspects of their job performance. Can you provide that consent? If you cannot, please note in your story that those making these allegations refused to allow VA to comment on them. Our employee satisfaction ratings are currently at an all-time high, and our inpatient satisfaction ratings are consistently among the highest in both the VA and Las Vegas valley. Additionally, the VA Southern Nevada Healthcare System’s rating among VA facilities has improved substantially as we have made major progress over the past two years in the overall quality of services provided locally. Finally, our hospital turnover rate in a market where health care workers are at a premium is lower than average, and we have added additional services, significantly increased outpatient appointments and improved access to care while simultaneously managing one of the fastest growing Veteran populations in the nation. In closing, our 2,700 local VA employees accomplish great things daily and we are committed to providing them with a safe, secure and positive workplace environment. We are held to high standards and responsible for ensuring that the 63,000-plus Veteran patients we treat annually receive excellent care. Providing for their health and welfare is our primary mission, and they expect and deserve to be cared for by individuals who are committed to excellence.