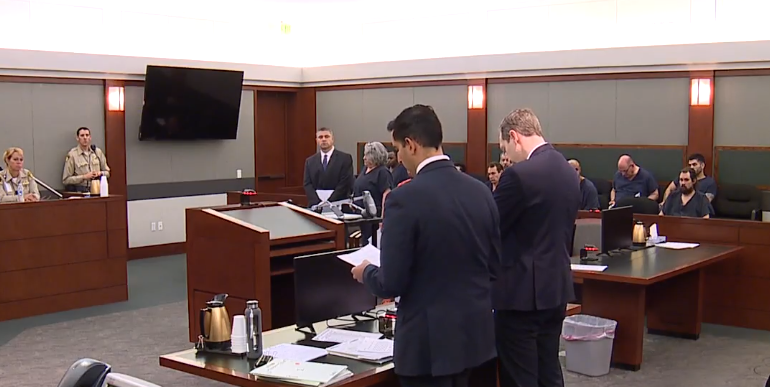 Our reporting is driving change to protect people from serious crimes. 13 Investigates has revealed exploitation of our most vulnerable citizens in a years-long special report on horrific abuse in the guardianship system.

13 Investigates has revealed exploitation of our most vulnerable citizens in a years-long special report on horrific abuse in the guardianship system.

Now we follow the story as it goes to our nation's capital.

"Guardianship abuse hit many in Nevada. It destroyed the lives of countless individuals, depriving them of their liberty, their right to see their family and their assets," says Barbara Buckley, Executive Director for Legal Aid Center of Southern Nevada.

The stories we filed, beginning in 2015, about cases of theft and exploitation is leading to major reform in how we care for the vulnerable.

Buckley took Nevada's experience to the nation's top-level lawmakers. In a hearing before the Senate Special Committee on Aging she talked of the crimes committed against elderly and disabled adults in Nevada, all under court approval...

"Guardians were being appointed without notice often when there was no real need for a guardian," Buckley told senators. "The court bypassed family members to appoint professional guardians or others who proceeded to loot the estate and then isolate the individual from loved their loved ones."

Many of the victims told us they felt the system was rigged against families. Senator Richard Blumenthal from Connecticut questions the judges assigned to guardianship cases.

"And these judges are essentially beyond any oversight and very often they have their own fiefdoms. Literally; their own private kingdoms. They make a ton of money," Sen. Blumenthal said.

Buckley told the senators about three key areas of reform in Nevada's guardianship system that were implemented in the wake of our investigation. Ideas that could help protect seniors in the future, like the right to have an attorney.

"The goal of counsel is to ensure that the least restrictive alternative to guardianship is the first thing examined," Buckley said. "So as to maximize the independence and legal rights of those who are facing guardianship. To provide a voice in court proceedings for those who want to contest a guardianship either because it's unnecessary or because the guardian is abusing their power."

The second piece of reform is creating a Bill of Rights for protected persons that would end the previous lack of consideration for those under guardianship.

"In Nevada, like many other places, there seems to be almost a callous indifference about the rights of the individual under guardianship--where their opinion really didn't matter." Buckley explained.

"A person has the right to be treated with dignity, respect, to be in the least restrictive environment, be represented by counsel. To not have their visitors restricted."

The third plank, key to ongoing protection, a direct result of our investigation, is the creation of the Guardianship Compliance Office.

"This office opened in January 2018 and provides auditing and investigative services to the district courts," Buckley said. "They may locate a protected person who is not where they are supposed to be. They may report on the appropriateness of the guardian and the care and treatment."

The senate just released this report called ensuring trust about the effort to overhaul guardianship.

And you can see the entire hearing by clicking here.