UPDATE: A simple way to help reduce homelessness in your neighborhood 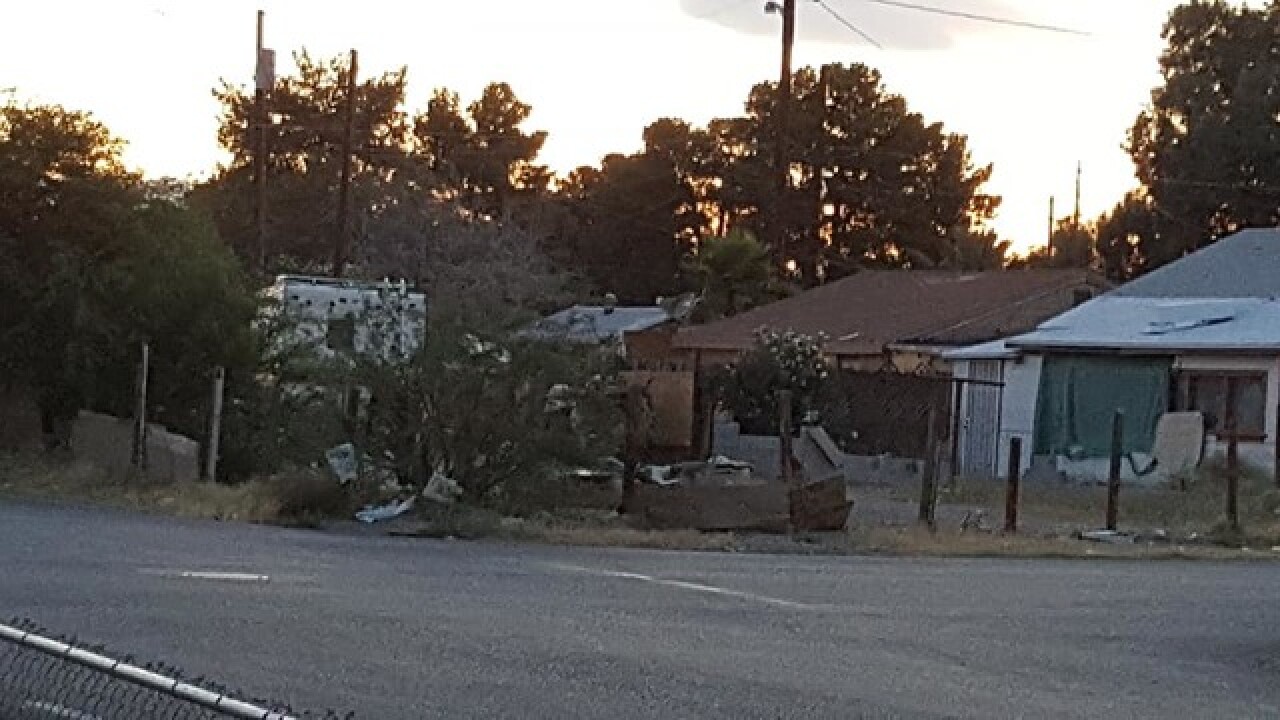 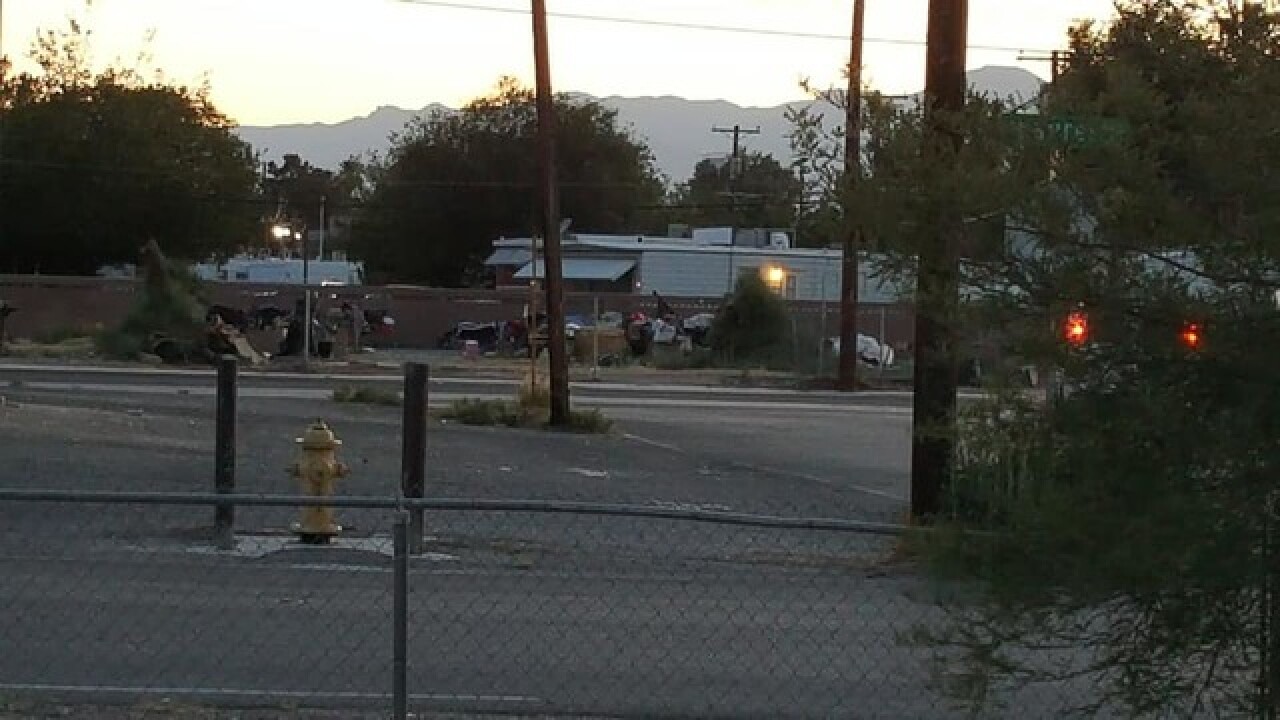 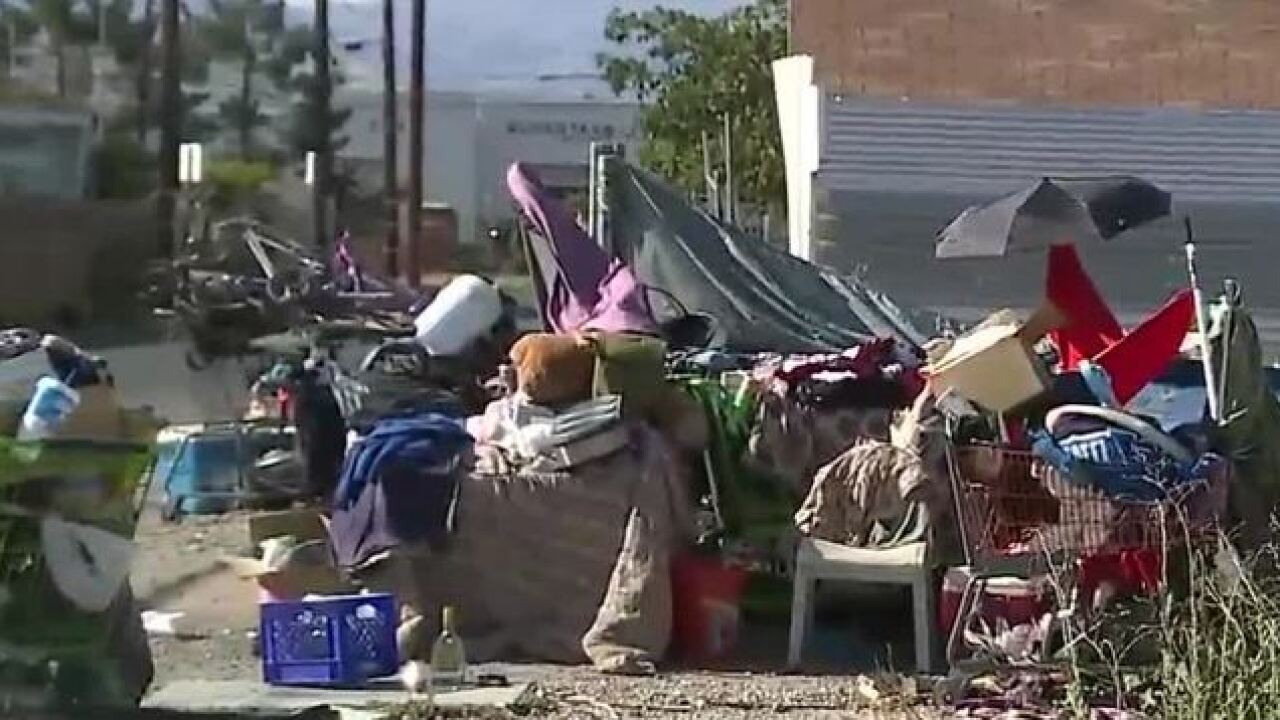 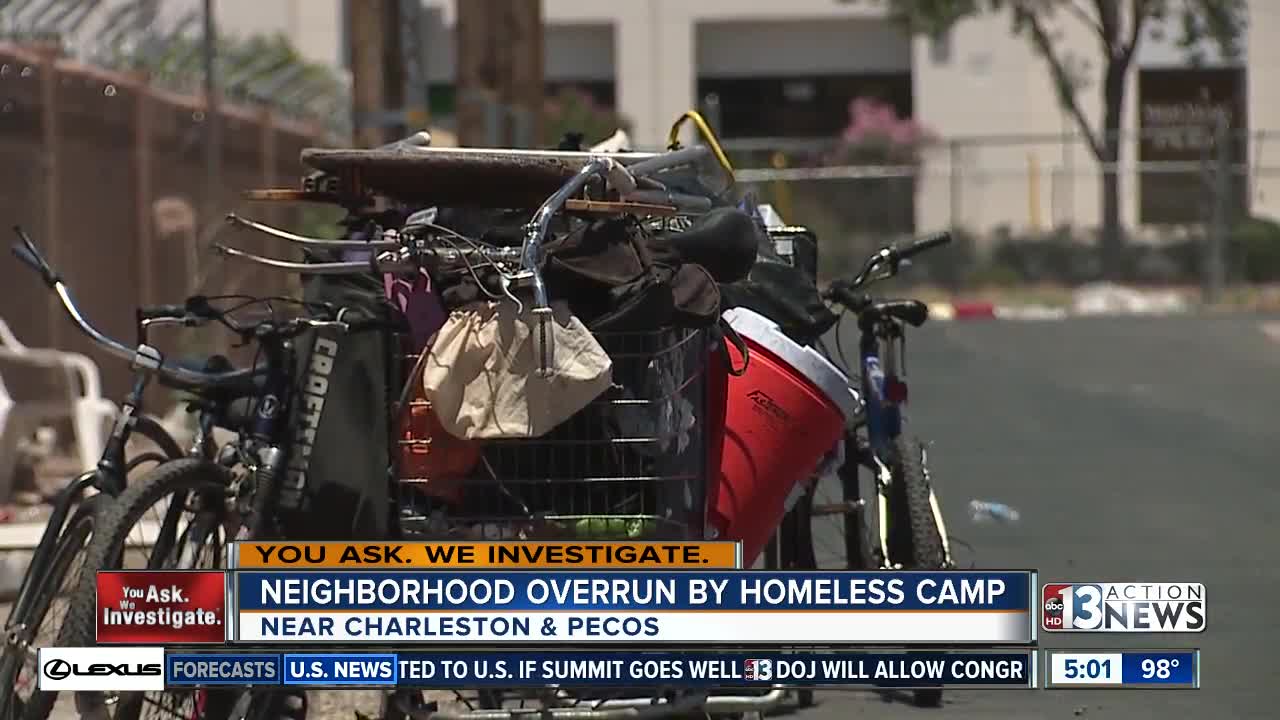 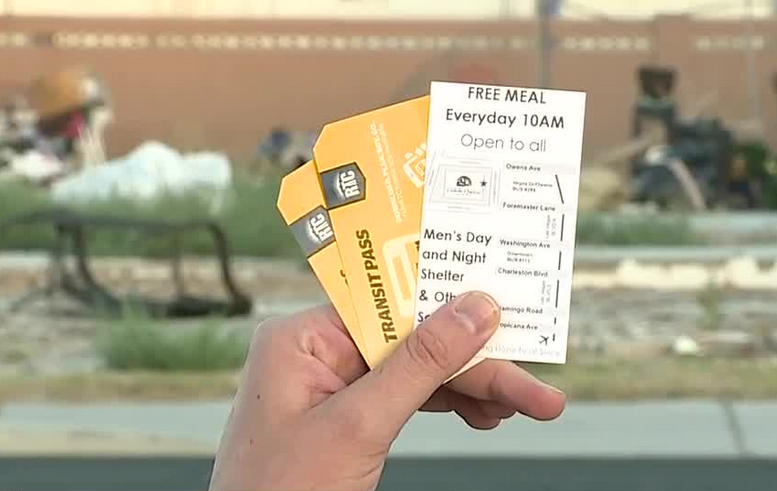 UPDATE JUNE 12: People living in a homeless camp near Charleston and Pecos say they have nowhere to go, but neighbors are sick of the mess. 13 Action News looked into more ways you can help get rid of a camp in your own neighborhood.

Catholic Charities of Southern Nevada say it's important to practice "responsible giving." They suggest carrying around some informational cards on where to get help or 24-hour bus passes.

People we spoke with at Catholic Charities say it could be difficult to break up a homeless camp if there are incentives for them to stay, like people giving them money or food.

ORIGINAL: Some neighbors say they are caught in an endless cycle of homelessness and according to a Contact 13 investigation, authorities have tried at least 10 times to solve the problem.

Away from the glitz and glamour of Las Vegas, there is a homeless camp near Charleston Boulevard and Pecos Road that some neighbors say is driving them crazy.

Among the tents and piles of garbage, there are people who say they feel discarded too.

"I'm getting too old for this," said Dan Schley.

Schley is one of approximately 30 people who live in a series of empty lots on the corner of Palm Street and Center Drive. He says Las Vegas police have been by as recently as last week.

"They gave us a warning, saying if [the police return] everyone's going to get trespassing tickets," Schley explained.

"You can't trespass everybody; it's still not an answer," Schley said.

Neighbors say the cycle begins when they report the problem to authorities.

Las Vegas police kick the individuals off the property and Clark County officials clean up the mess left behind.

Neighbors say 1 to 2 months later, the homeless return and the cycle begins again.

"I don't like them here, but I know they have no other place to go," Mary said.

According to documents obtained by Contact 13, Clark County has applied at least 10 liens on the property for "Public Response" since 2013.

According to the deed to the property, one of the lots is owned by Salvatore Palmeri. Contact 13 called 3 listed phone numbers but none were in service.

Clark County says securing empty lots and other property is the responsibility of the owner but a spokesperson says there are open cases and abatement plans underway.