A Las Vegas mother has visited the Regional Transportation Commission's monthly meeting 17 times to ask for the same thing but each time she gets the same result. Joe Bartels reports. 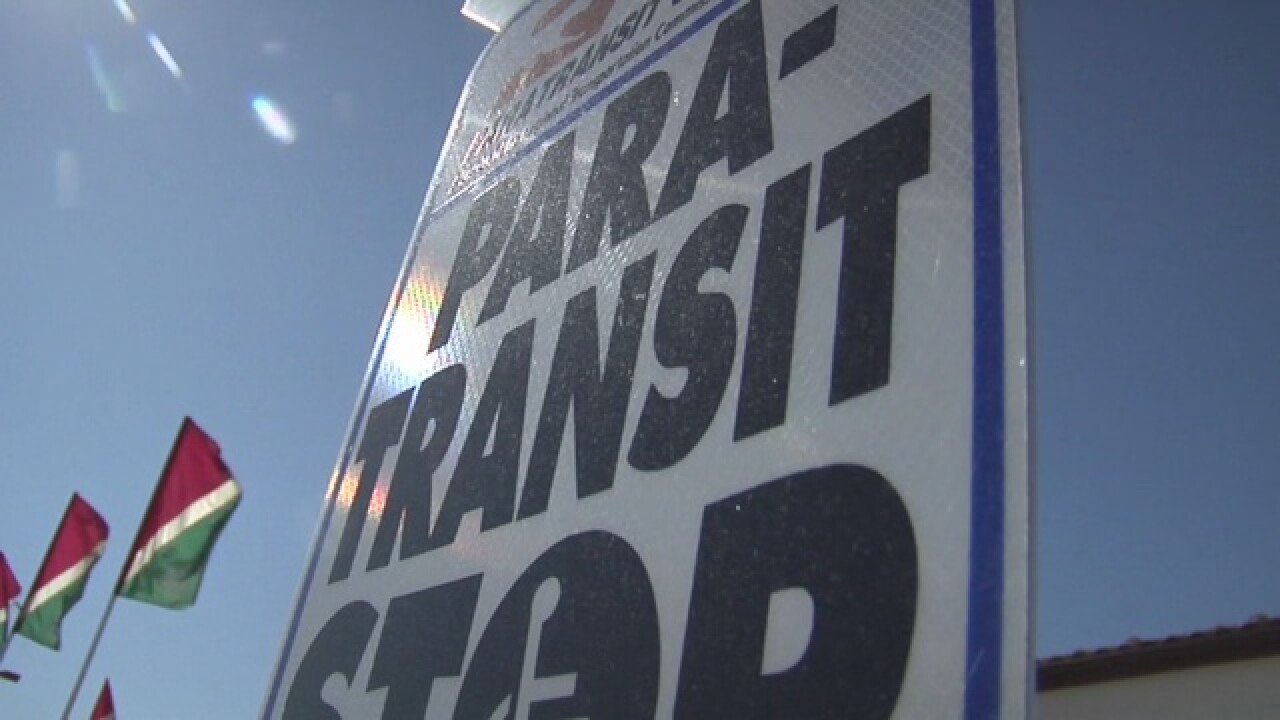 LAS VEGAS (KTNV) — A Las Vegas mother has visited the Regional Transportation Commission's monthly meeting 17 times to ask for the same thing but each time she gets the same result.

Stephanie Vrsnik is asking for the RTC paratransit service area to be restored to levels seen in 2010.

“It’s frustrating sometimes but you have to keep it at a professional level," said Vrsnik.

Her son, Christian, has autism and works at Nellis Air Force Base.

He needs paratransit service to get to his job, but the the Vrsniks live outside the current service area.

PARATRANSIT TROUBLES: Man claims he was stuck on bus for almost 3 hours

“Christian has a federal job, he is a federal employee, his barrier is transportation," added Vrsnik.

An RTC spokesperson says the current needs of the community outweigh the available resources.

The paratransit service is an unfunded mandate from the federal government and must be factored into the organization's budget which currently stands at a $16 million dollar shortfall.

The paratransit service provides transportation for those who are unable to use a traditional, fixed-route bus.

The RTC says despite the economic downturn, they have restored much of the service area since 2010.

Still, Vrsnik says there are an unknown number of people who need the service but currently live in the growing edges of the Las Vegas valley.

"I have been advocating for Christian," said Vrsnik.

"He is 34 years old I've been advocating for him since day one and I won't stop," she added.

Robin Kincade has visited the RTC's meeting 14 times asking for the same thing.

"As the city grows, we accommodate growth in many ways but we are not accommodating it through the RTC system," said Kincade.

Her 27-year-old daughter works at the daycare at UNLV and struggles with a developmental disorder.

"I would like paratransit to take me to church, cemetery, visit family or friends and the post office," said Kayla Kincade.

An RTC spokesperson released the following statement regarding the paratransit service area:

According to the U.S. Department of Transportation’s ADA requirements, paratransit must serve origins and destinations within ¾ of a mile on either side of a fixed-route bus route. We currently do this today. In regards to expanding our fixed-route service, our transit operations currently has a projected funding gap of up to $16 million heading into the next fiscal year, largely due to the continuing decline of Strip route revenue.