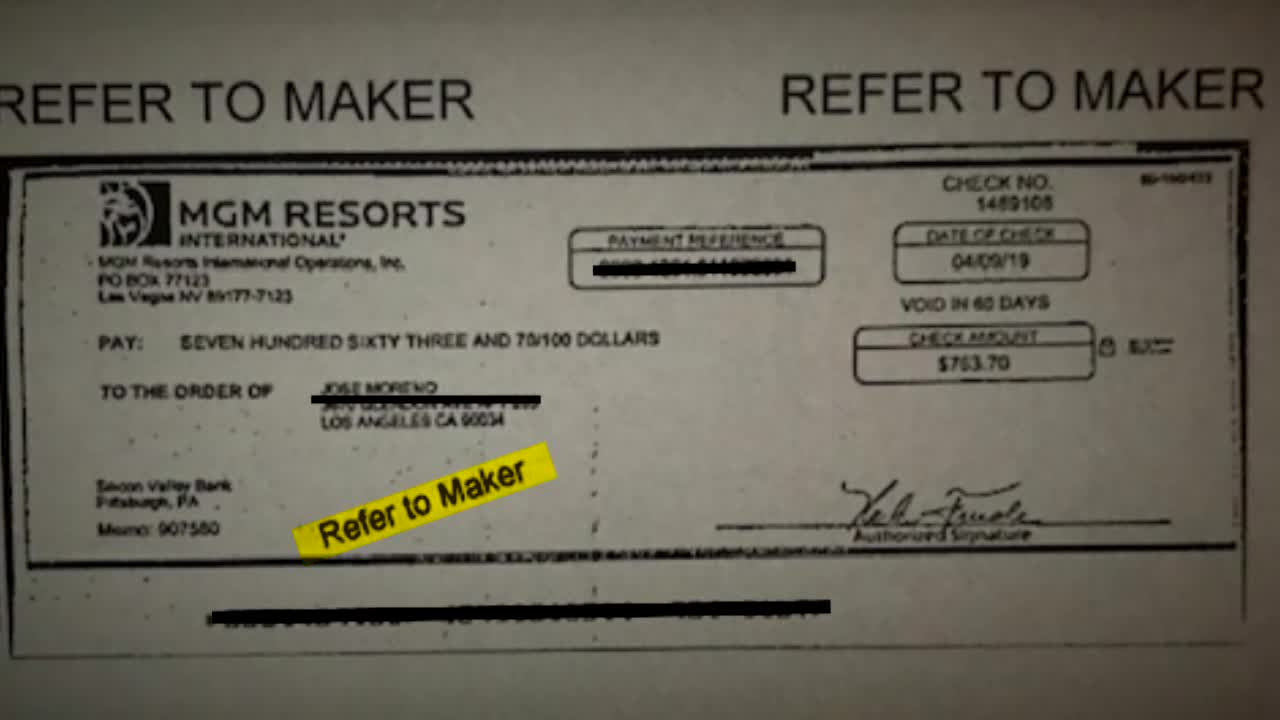 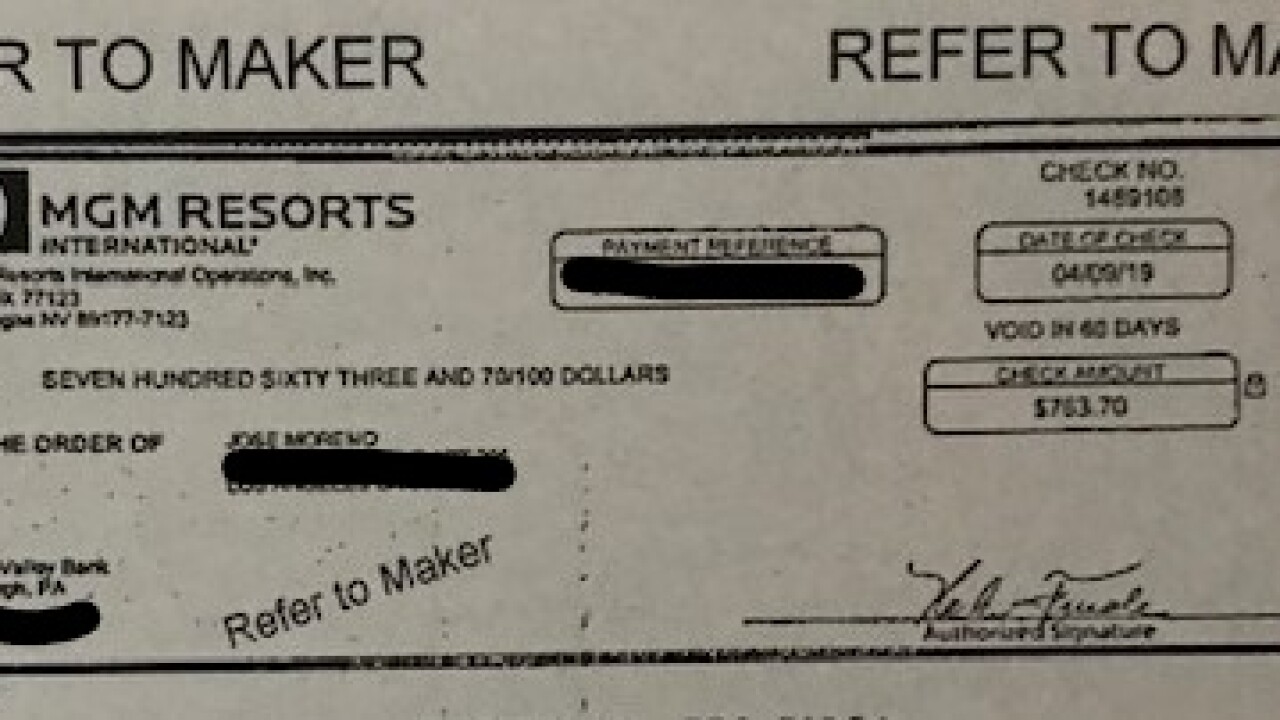 The man lives in California, and he doesn't want the money he won in Vegas to stay in Vegas!

"I came out for March Madness. Just to kind of unwind and have some fun."

Jose Moreno was having fun and he got into the thrill of the college basketball season, betting on a couple favorite teams.

But he was no longer in Las Vegas when the games he bet on started.

"The person at the MGM Grand said, 'Yes, it's not problem. Just fill out the back and mail it in. And you get a check in a couple weeks.'"

Both returned checks are stamped "REFER TO MAKER."

Moreno also got letters from his banks saying the amount of the checks were pulled from his account and he was charged $17 in fees.

The bettor reached out to us for help because after nearly 3 months of phone calls and emails, he still didn't have his winnings.

"It's like 12 hours of wasted time on the phone with them, emailing, scanning documents, sending them documents even communicating with you," Moreno said. "It's absolute nonsense."

We called MGM to get answers and within an hour we got action. They said they will cut Moreno a new check.

"They just need to pay their debts and make right," Moreno said. "And try to prevent this from happening with anyone else."

MGM wouldn't go on camera but provided a statement which says: "We apologize for the inconvenience and are investigating how this could happen. We have reached out to Mr. Moreno, and will be sending him a check immediately."

Moreno tells us he got a call from MGM right after we got involved. In addition to overnighting a new check, they invited him back for 4 free nights, plus $250 per day resort credit.

He says they also told him they don't know why the accounts payable department didn't report this problem to someone higher up in the company.