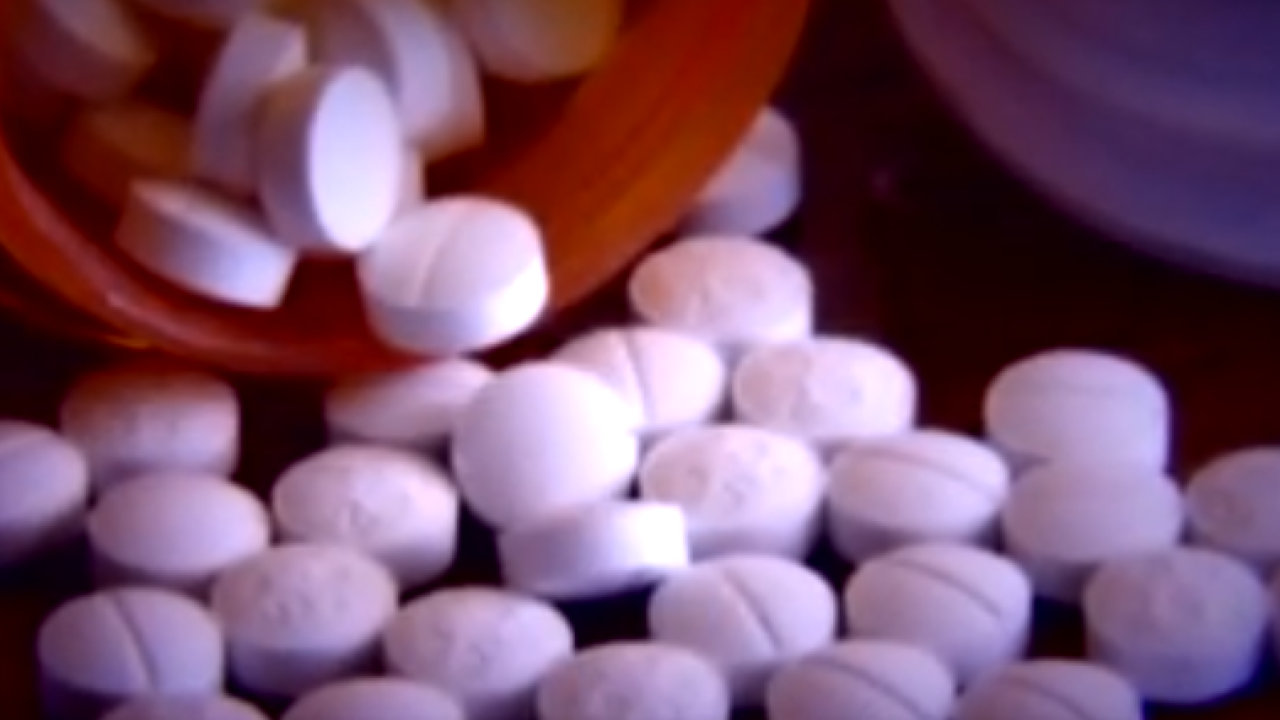 13 Investigates continues coverage of Nevada's opioid crisis with reaction from families devastated by addiction. Records show 76 billion pain pills is the number shipped to U.S. communities over the past seven years.

Earlier this week, 13 Action News revealed how recently unsealed court records against big pharmaceuticals and distributors shed light on the mindset of those who put profits over patients while those patients spiraled into addiction and often death.

Evidence of pharmacy buyers and suppliers joking about the growing opioid epidemic have been uncovered.

"It's just outrageous that these companies have been allowed to keep this information secret from the public," said attorney Robert Eglet.

Their callous attitude now revealed in their own words in these internal emails:

"Keep 'em coming. Flying out of here. It's like people are addicted to these things or something. Oh wait. People are!'' writes the buyer.
The supplier responds, "Just like Doritos. Keep eating. We'll make more."

"That's how flippant they were about this," says Eglet.

That exchange from 2009 -- the same year Donna Miller began losing her son Philip.

"Like I tell everybody there's a difference between blaming and enabling," said Miller. "These companies were enabling our children."

Philip was a skater who broke a lot of bones and got a lot of prescriptions for the pain.

She questioned her son's doctors.

"Don't you think that's a lot of drugs for somebody his age? And I was always told, 'He'll be fine. He'll be fine.'"

But Philip would not be fine.

"We received a phone call at 6:28am," Miller said. "I was told he was found unresponsive."

Dead by overdose on November 6, 2017. The tragic end of Donna's 10-year battle to get help for Philip.

"Did my son turn to street drugs because of his opioid addiction that his doctors created? Absolutely," Miller said. "He went to the streets to look for stronger drugs. Or something comparable to that."

While thousands of families like Donna's paid the ultimate price, attorney Robert Eglet says in reality everyone pays.

"Personally to me, this is outrageous," says Eglet.

He represents more than a dozen Nevada counties and cities suing big pharma for the overwhelming strain on emergency services and court systems.
On Thursday, three of Nevada's largest cities filed lawsuits against big pharma joining Clark County and the local governments.

Rhonda Fairchild knows first hand about that impact. She's the Executive Director for the Alternative Peer Group -- a drop in center for teens in recovery.

She says her sons quickly went down the rabbit hole of addiction.

"Some of the darkest moments were telling my children that they weren't allowed in my home," Fairchild says fighting back tears. "Sorry. This is harder than I thought."

"It pisses me off that nobody said, 'Wait a minute! What's going on here?'"

Though grateful that both of her sons are in recovery, Fairchild feels the pain of the thousands of others suffering today from addiction.

Eglet breaks it down by county and says that proves the industry had to know pain pills were being diverted to the black market for illegal sale and abuse.

"Nye County! Nye County it's unbelievable what they've done to Nye county!" Eglet shouts. "You won't even believe these numbers! Nye county has a population of 43,000 people and over this seven year period they shipped just short of 34 million dosage units of these drugs into that community. And it's no wonder why Nye County has been ravaged."

Those numbers show, in that time period, nearly 750 pain pills were shipped to Nye county for every man, woman and child of every age, no matter their health condition.

"The conduct these pharmaceutical companies and distributors have engaged in is no better than the conduct of a Central or South American drug cartel," said Eglet.

In large cities like Las Vegas, "These distributors and manufacturers shipped 1.3 billion pills into our county," explained Eglet. "There is no way our community could absorb all these pills. Even if every person had a prescription for it."

Staggering numbers that reveal a motive in the mind of a mother who lost her son.

"Tell me this wasn't a profit," said Donna Miller. "They knew what they were doing. They turned our children or even adults into addicts and they don't want to take responsibility."

Attorney Robert Eglet calls this one of the biggest cases in Nevada history. The state got $1.2 billion from tobacco settlements. The lawsuits over opioids are seeking damages in excess of $4 billion.

If there's someone in your family suffering from addiction click here for information fromTINHIH (There's no Hero in Heroin).

And look at the flyer here for the Alternative Peer Group which is having a Grand Opening August 24th.

“The ARCOS data show that distributors have consistently reported sales of opioid-based medications, along with the quantity of the order and the identity of the receiving pharmacy to the DEA. Distributors only recently received access to the full set of data with information about the total shipment of opioid medicines a particular pharmacy received from all distributors.

“The DEA has been the only entity to have all of this data at their fingertips, and it could have used the information to consistently monitor the supply of opioids and when appropriate, proactively identify bad actors. Unlike the DEA, distributors have no authority to stop physicians from writing prescriptions, nor can they take unilateral action to halt pharmacies’ ability to dispense medication.”