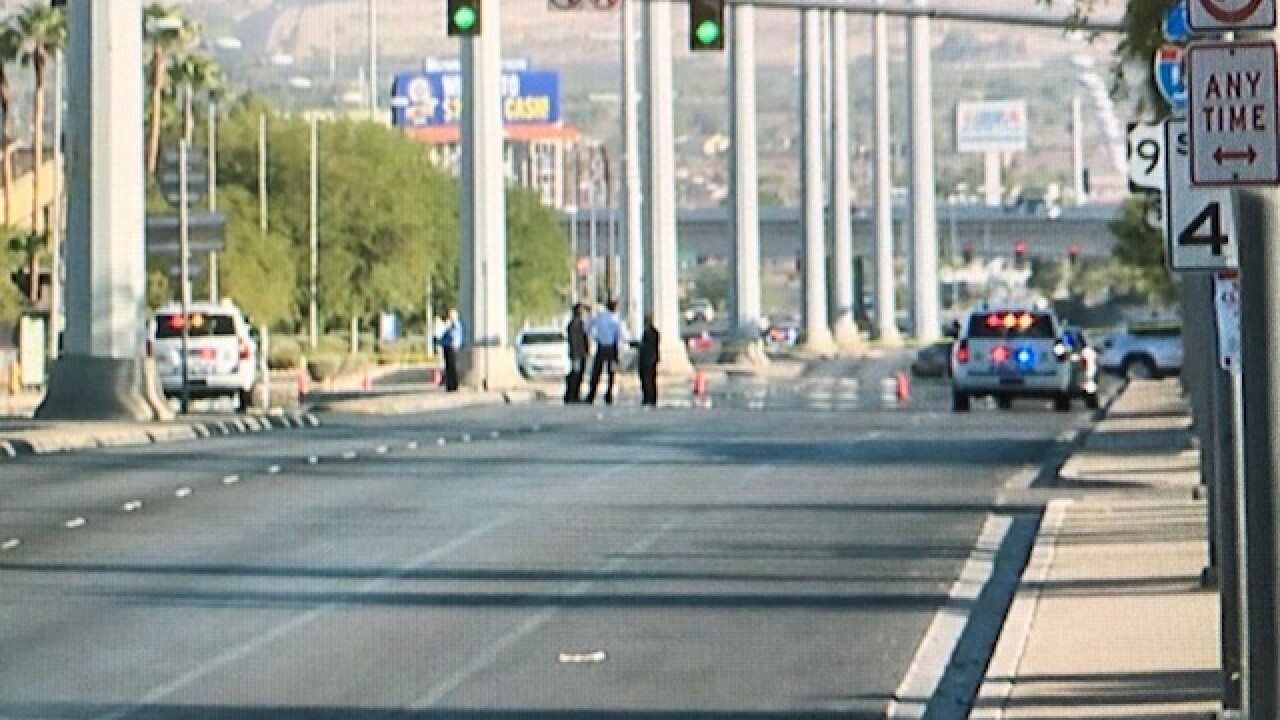 Henderson Police are investigating a shooting involving an officer on Auto Show Drive, near the intersection of North Gibson Road.

According to officials, police received a call of a violent robbery at around 4:52 a.m. Saturday in the area of Teton Ranch Avenue and Carnegie Street, near the intersection of West Horizon Ridge Parkway and Green Valley Parkway.

The suspect vehicle was later spotted by patrol officers near the intersection of Boulder Highway and East Texas Avenue, just south of Lake Mead Parkway, and a traffic stop was attempted but the driver refused to pull over.

A chase ensued and the suspect stopped, exited the vehicle with a gun and fled on foot near the intersection of North Gibson Road and Trail Canyon Road, north of Auto Show Drive.

Shots were fired soon after and the suspect was pronounced deceased at the scene.

On Monday, Henderson police released the names of eight officers involved in Saturday's shooting. They are all on paid administrative leave.