A 60-year-old driver for Federal Express was killed last night while trying to help the driver of a Corvette, according to authorities. 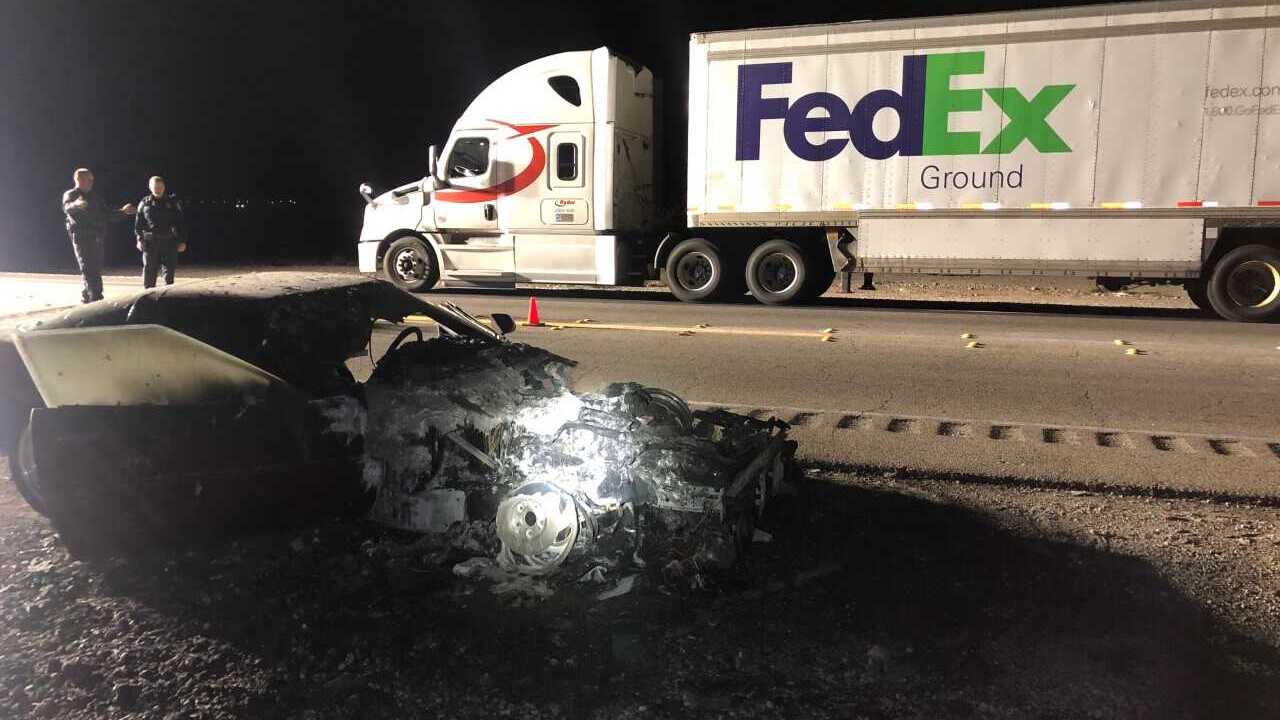 LAS VEGAS (KTNV) — A 60-year-old driver for Federal Express was killed last night while trying to help the driver of a Corvette, according to authorities.

The Nevada Highway Patrol reported the incident happened occurred on Las Vegas Boulevard near Via Inspirada as a 1993 Chevy Corvette caught on fire while traveling north on the boulevard.

The FedEx driver, later identified as John Stacy, saw the fire and jumped out with a fire extinguisher. He was crossing Las Vegas Boulevard when he was hit by a cement mixer.

The extreme darkness along this quiet stretch of the boulevard is something Erin Breen of UNLV's Vulnerable Road User’s Project says may have contributed to what happened.

“It makes it that much more difficult for the pedestrian to understand how fast the car is going because its not passing street light after street light to give you an idea of oh they’re going fast," says Breen."

Breen says this crash was truly tragic and that Stacey did what good Samaritans on the road just like him would do on any day.

Sadly though, it all ended with a loss for all those involved.

“It killed one person and forever traumatized two more people, neither one of them will get through this very easily," says Breen.

The Pahrump resident was pronounced dead at the scene. The driver of the cement mixer stayed on scene and impairment did not appear to be a factor, according to NHP.

“FedEx Ground extends its deepest sympathies to the family and friends of Mr. Stacy, who acted heroically in attempting to come to the aid of a fellow motorist in need. Safety is our highest priority and we are cooperating fully with the investigating authorities at this time.”