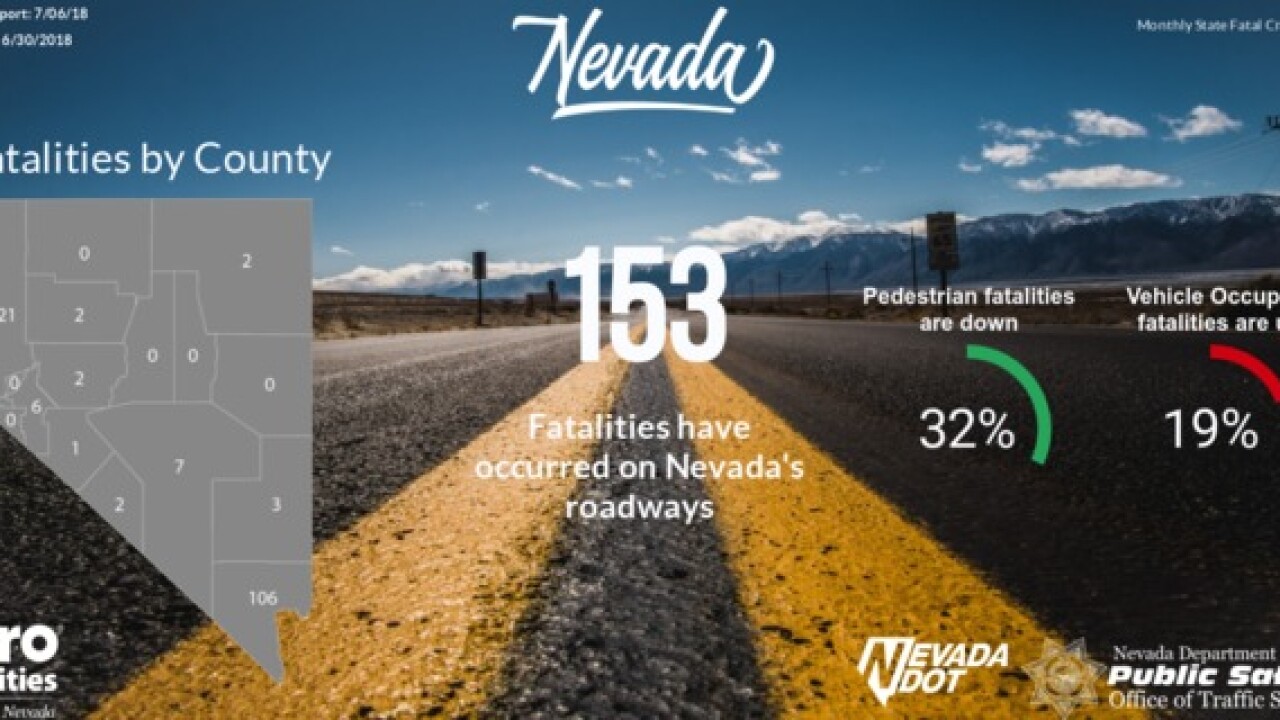 Copyright 2018 Scripps Media, Inc. All rights reserved. This material may not be published, broadcast, rewritten, or redistributed.
Nevada Department of Public Safety

June has been the worst month so far for deadly crashes in Nevada with February the next closest with 29 fatalities. In 2017, there were 32 fatalities in January, the highest number for the first half of that year.

The number of fatal crashes on Clark County roadways has actually gone down, at least so far in 2018. There have been 106 fatalities while there were 113 this time last year. Clark County makes up the majority of deadly crashes with the next closest county being Washoe with 21 fatalities so far in 2018, up from 18 in 2017.