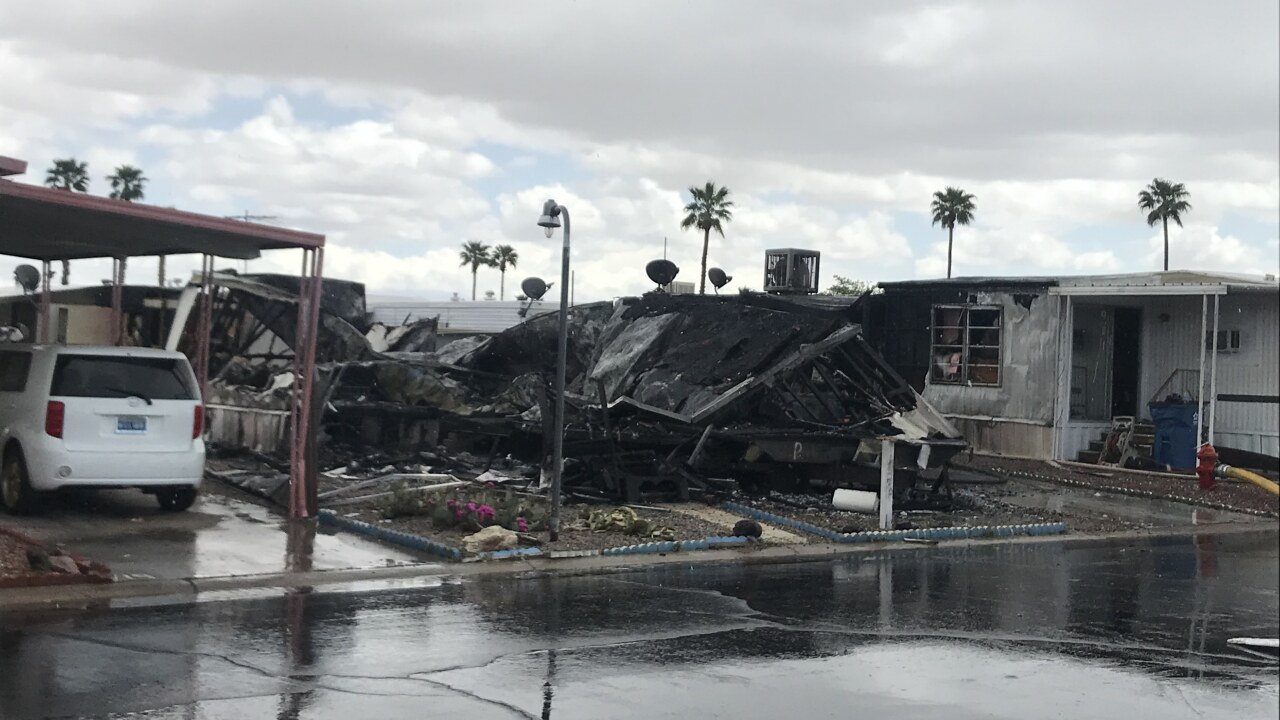 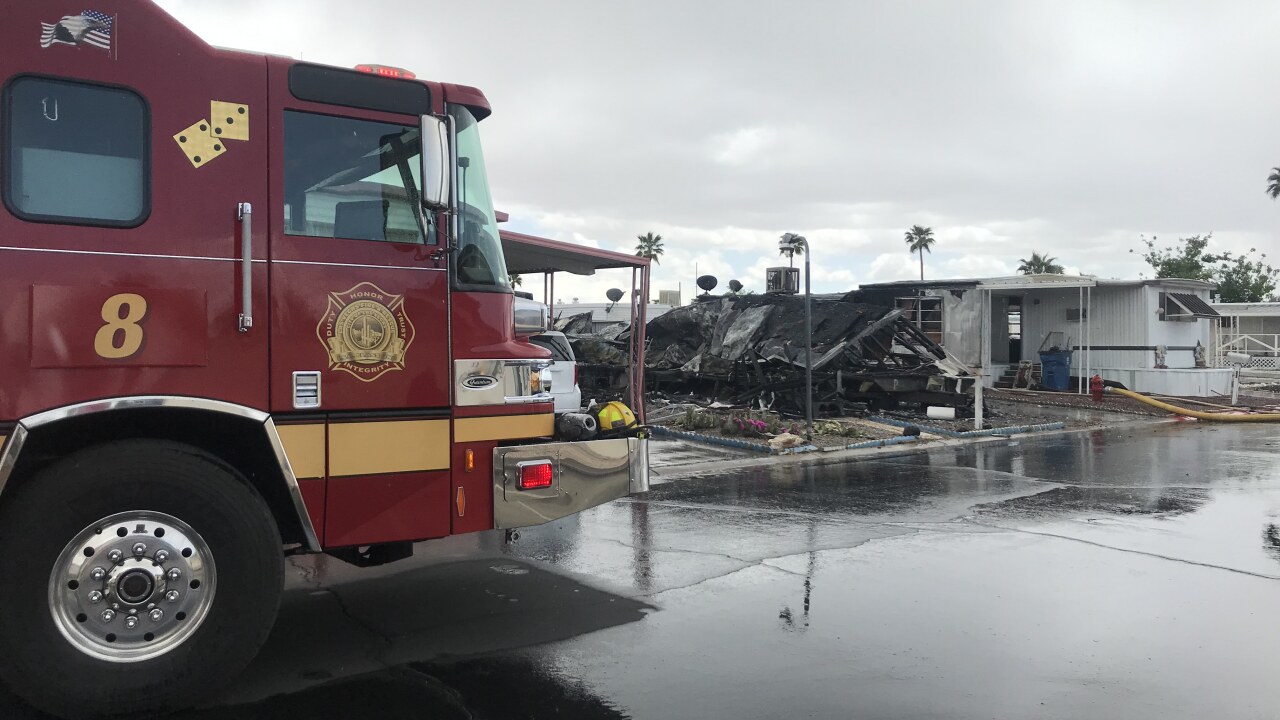 LAS VEGAS (KTNV) — A woman has been arrested for a fire that damaged 3 mobile homes on April 12 near Wyoming Avenue and US-95.

Clark County Fire Department responded to the fire shortly before 11:30 a.m. A bystander told a firefighter that a woman needed medical help.

McDonald also reportedly told the medical team at the scene that she started the fire. She told them she did it because she "they" were trying to evict her so that the home could be used to sell heroin. She also said that she was supposed to die in the fire but she was "blown out."

The CCFD interviewed the property manager who said the suspect had lived in the space for 2-3 years and was recently given an eviction notice because of numerous complains. The property manager also said McDonald is "very racist" and claims everyone is selling black tar.

McDonald told investigators that she cut the natural gas line for the heater in the home with scissors. She also left the stove on so that the mobile home would fill it up with gas. She then went to get a U-Haul truck that she planned to drive into the home. After getting the truck, she stopped for ice cream and decided she couldn't drive the U-Haul into the home.

She returned to the home, which had filled with gas, but had not blown up on its own. At that time, she spread gasoline throughout the home.

McDonald indicated that she planned to kill herself by drinking Liquid Plumber with some other cleaner. However, when she started a fire in the home, it blew her out of a back door.

She tried to go back in but was stopped by neighbors. They say she had Liquid Plumber in her hand at the time.

Two dogs one of the other mobile homes that was damaged were killed.