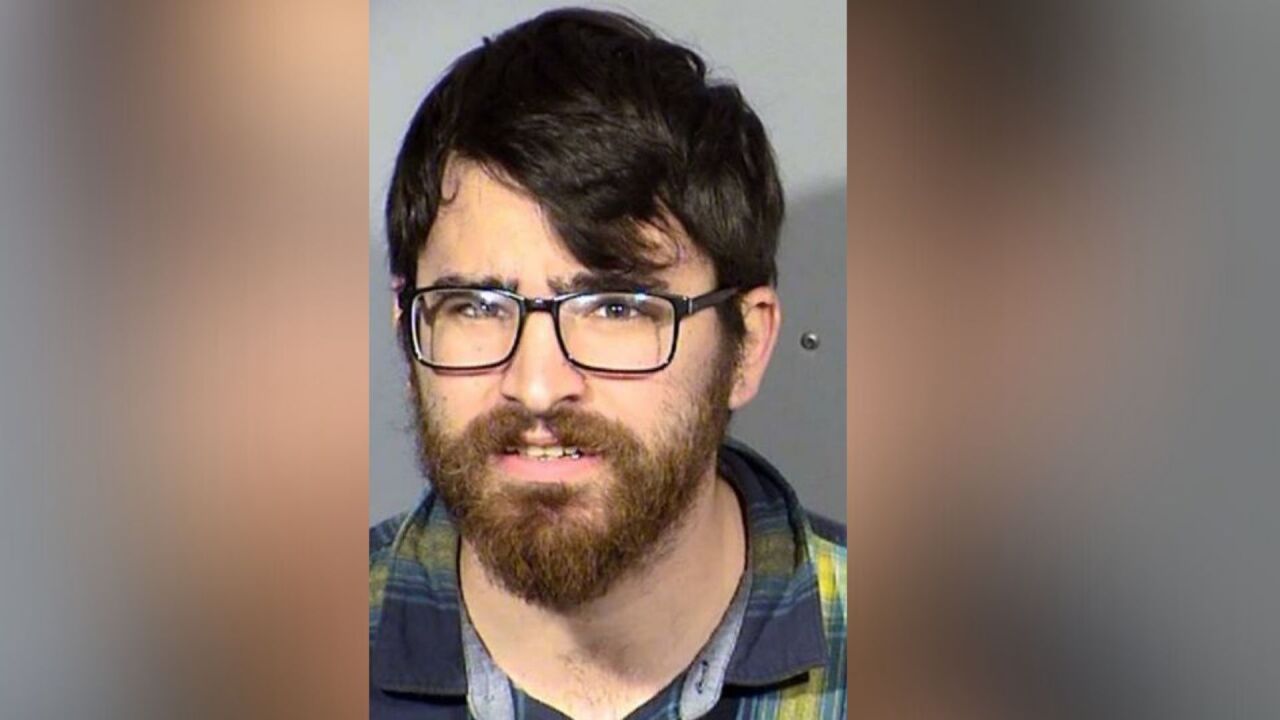 Matthew Bidart, 27, was booked into the Clark County Detention Center for open and gross lewdness on Dec. 5, 2019, after an incident occurred at Del Sol Academy.

The reported incident took place on Nov. 15, according to police records.

Bidart initially told police he was having a problem with his zipper.

However, upon further questioning, he admitted to touching himself while looking at Instagram, but "it was a light squeeze" and didn't think anyone could see him.

Authorities said Bidart was booked on the lewdness charge as he did touch himself in an office within a school that had large windows where four school-aged children did see.

Bidart was placed on indefinite suspension in November 2019, per the negotiated terms with his bargaining unit. Bidart was hired by CCSD back in April 2017.