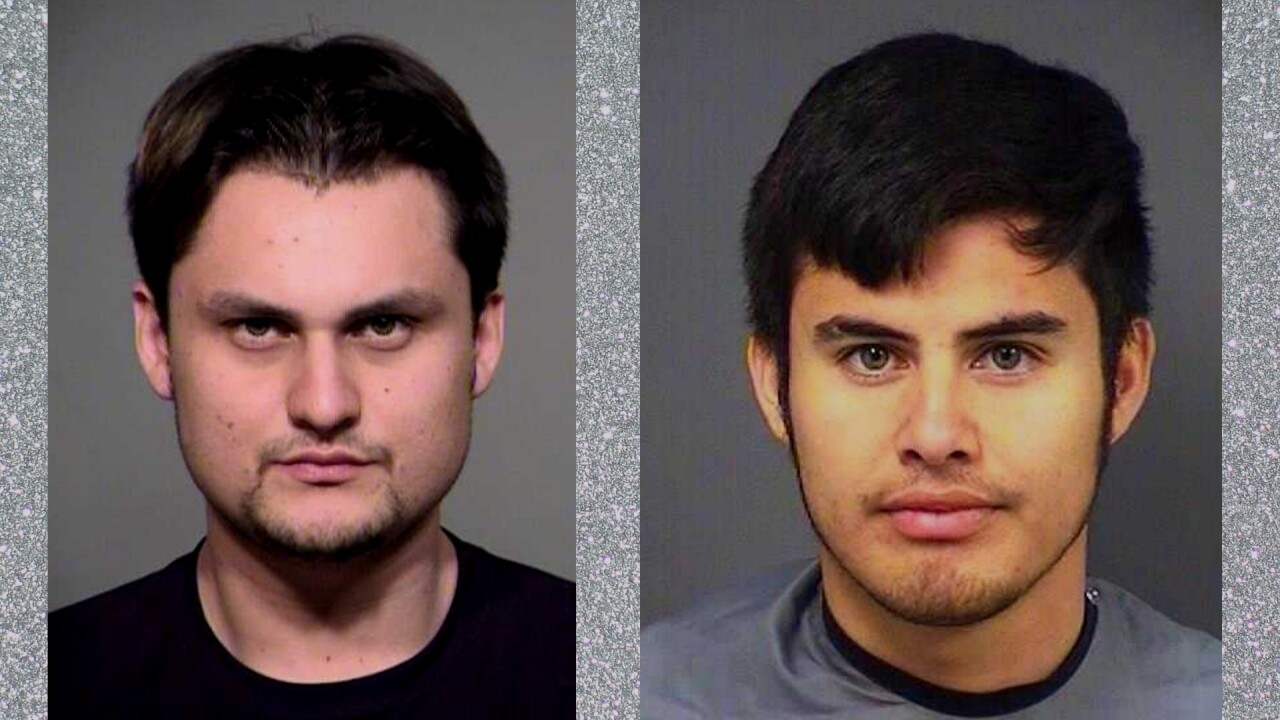 HENDERSON (KTNV) — Authorities said they were able to arrest two suspects in connection with a man who was found dead under suspicious circumstances in Henderson earlier this month.

Thursday, the Henderson Police Department said with the help of Phoenix police they were able to locate and arrest 21-year-old Victor Denogean and 20-year-old Jose Ortiz-Casillas for the charge of open murder.

Plus, detectives were able to track down a missing red Subaru from the original Henderson crime scene.

The HPD was initially called to investigate the discovery of a 55-year-old man found deceased in the 1900 block of Cutlass Drive on April 9.

Officers were called to that home at about 7:15 p.m. to conduct a welfare check after the man was reported missing by a family member who lived outside of the state.

Henderson police made entry into the residence and discovered the victim dead with the Subaru vehicle missing from the home.

The victim, later identified by the Clark County coroner as Curtis B. Rimer, appeared to have died under suspicious circumstances, according to officers, and their findings launched the homicide investigation.

Denogean and Ortiz-Casillas are awaiting extradition back to Nevada while the incident remains under investigation.