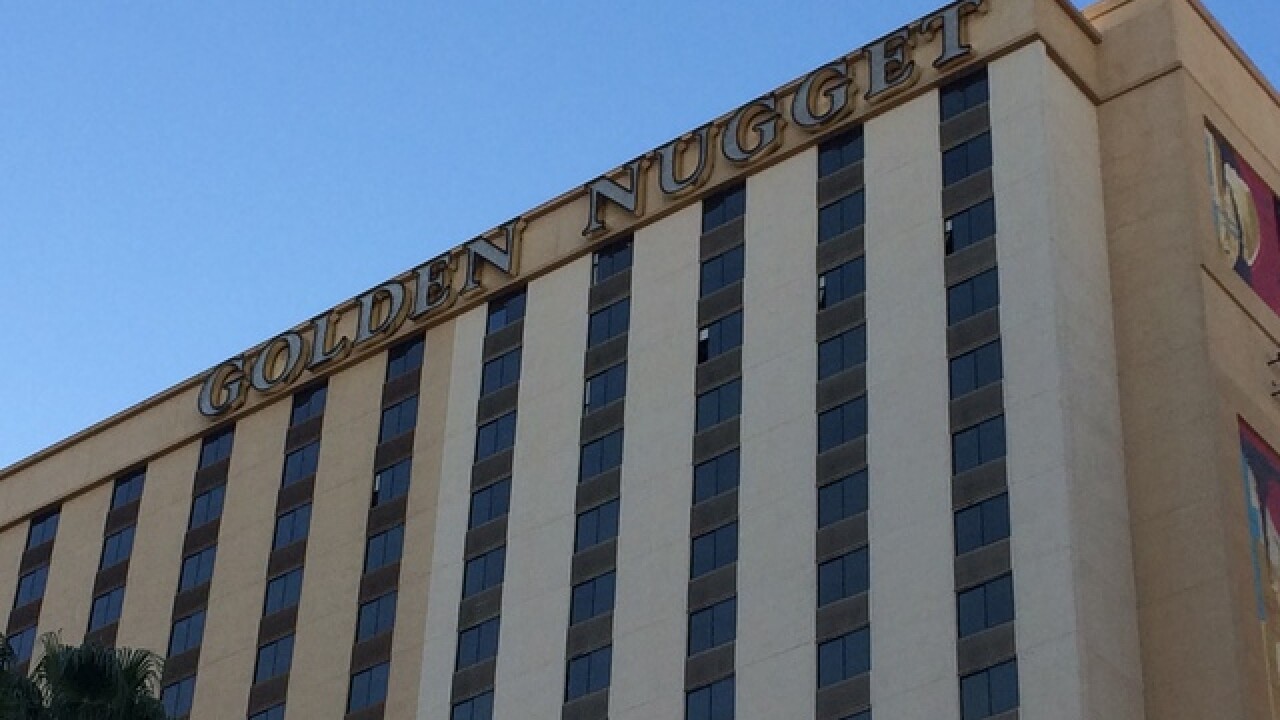 Copyright 2018 Scripps Media, Inc. All rights reserved. This material may not be published, broadcast, rewritten, or redistributed.
Jim Flint/KTNV 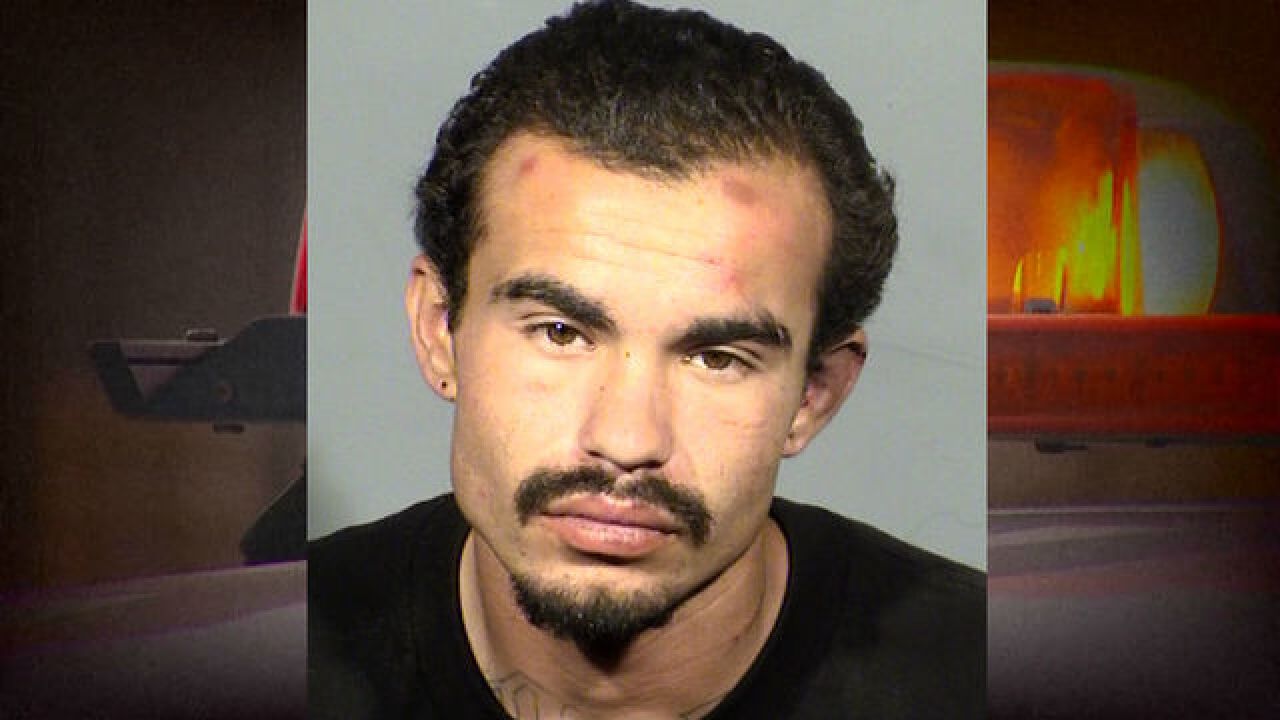 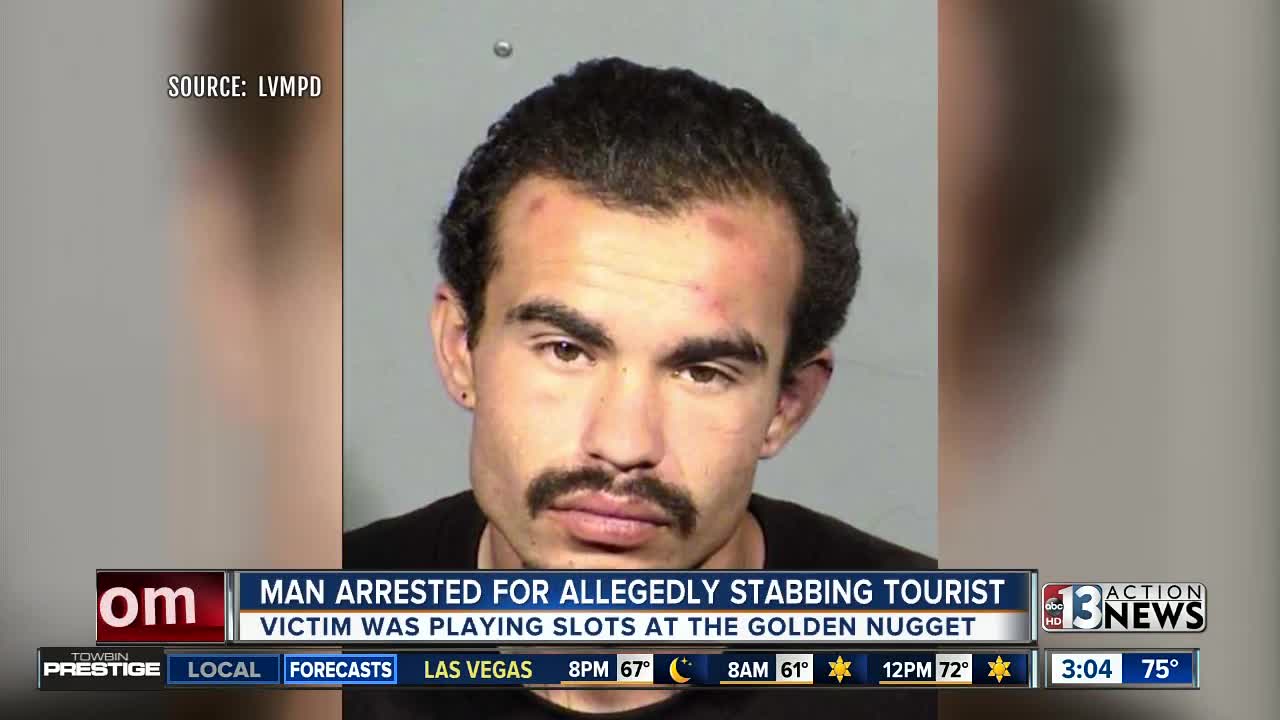 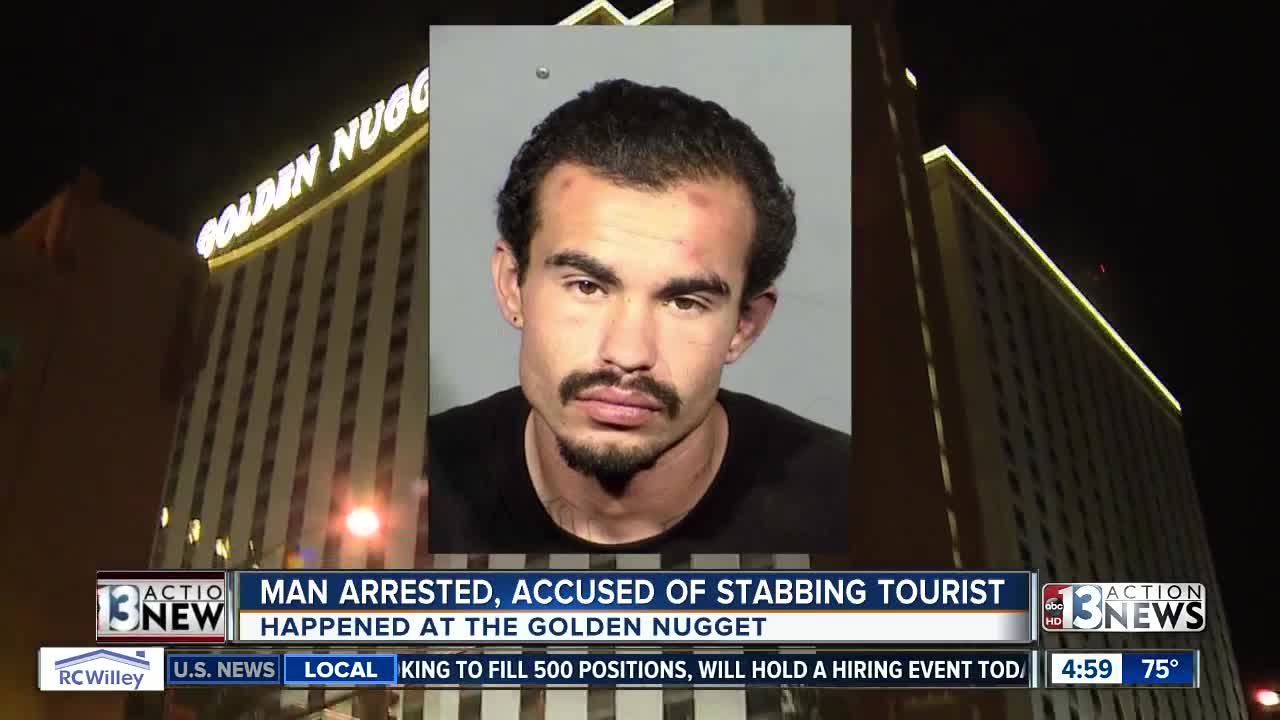 A tourist was stabbed while playing slots earlier today at the Golden Nugget in downtown Las Vegas.

It happened shortly after 1 a.m. Monday. A man, who was visiting from another country with his brother, was approached by another man who asked him for a cigarette.

The man then stabbed the tourist in his side with warning or provocation.

The victim's brother chased the suspect but was unable to catch him.

The suspect was later spotted by security guards at Four Queens. They called 911. A patrol unit then spotted the suspect near Fremont Street and Maryland Parkway and arrested him.

The suspect has been identified as 22-year-old Anthony Oliva-Olsten. He is being held on one charge of battery with use of a deadly weapon resulting in substantial bodily harm.

The victim was transported to a local hospital and expected to be discharged later Monday, according to Watch Commander Lt. David Gordon.

Monday's incident was one of several violent crimes at Las Vegas hotel-casinos, such the Circus Circus stabbing in June and violent robberies at Sunset Station in September of 2017 and February of the same year.

In a situation where you see a crime occurring, Sutton recommends getting to a safe place, calling 911 and recalling any suspect description.