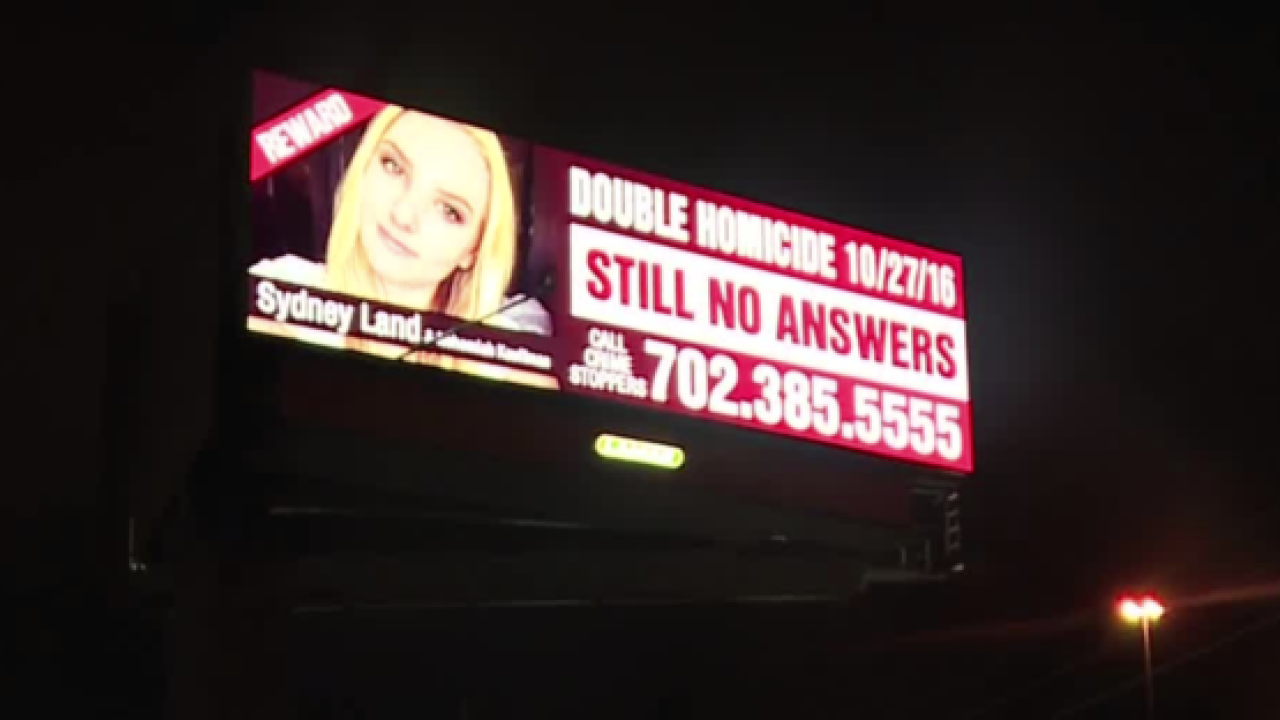 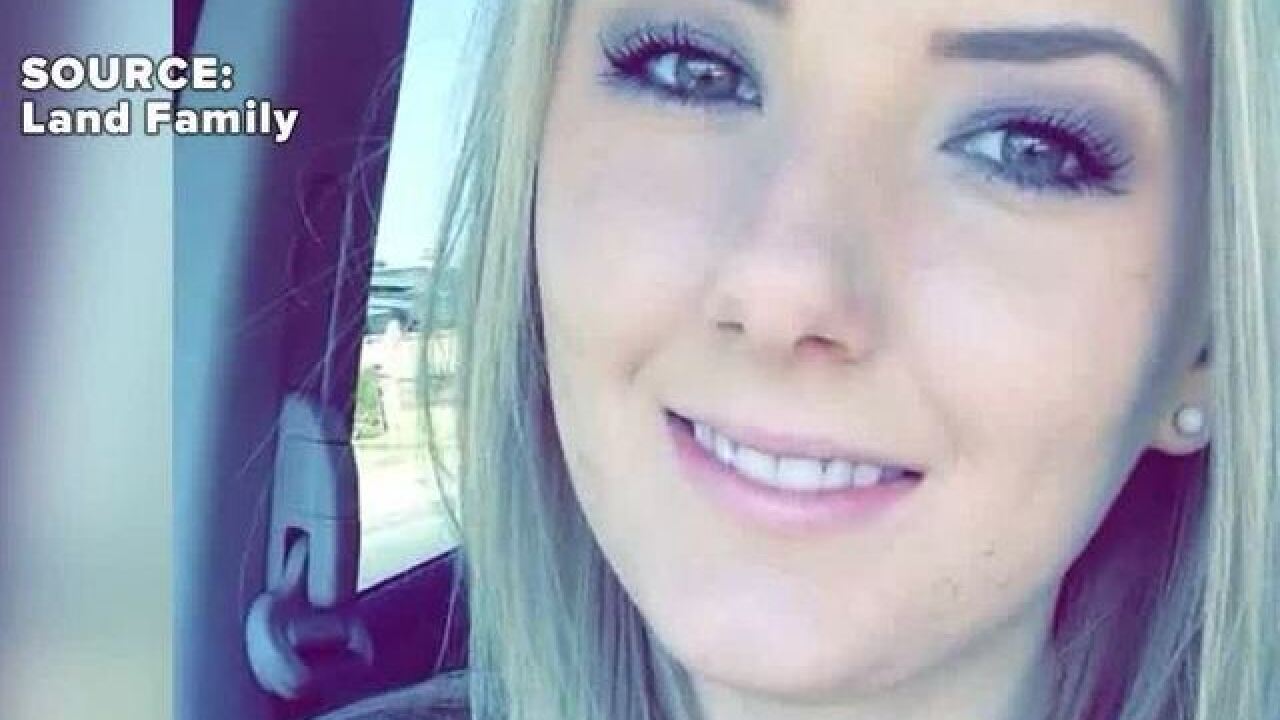 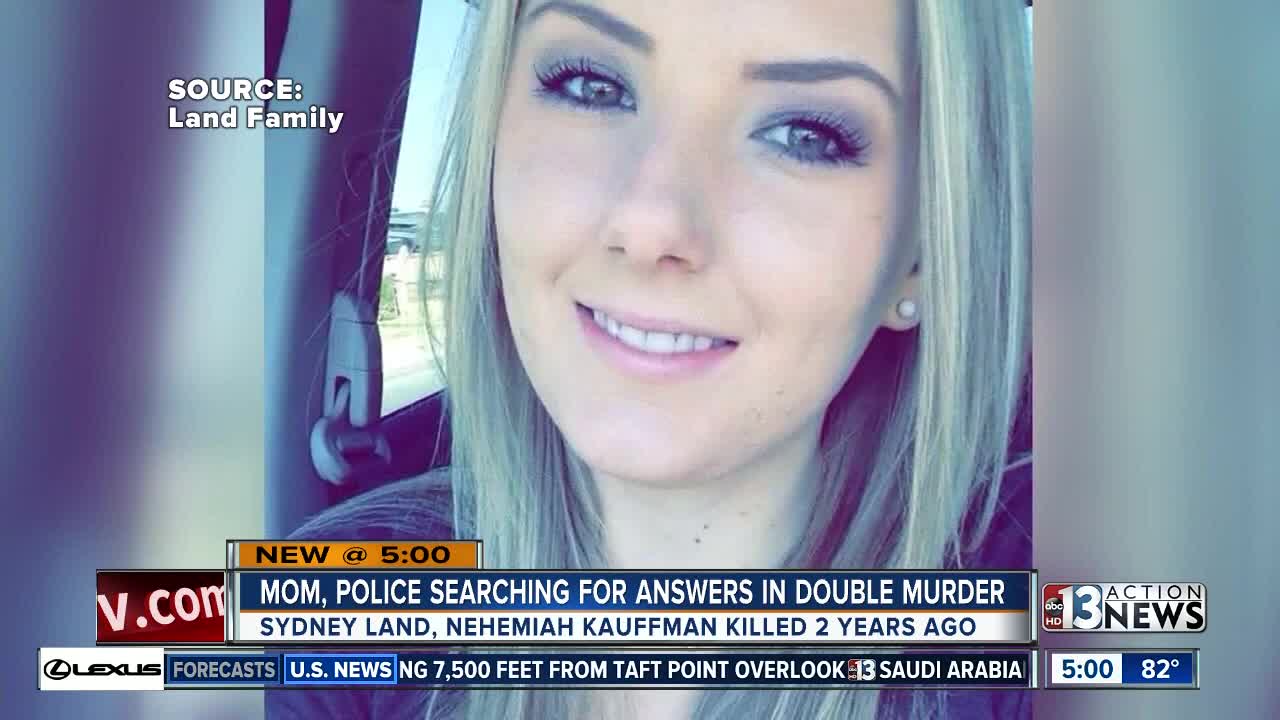 The press conference comes almost two years since 21-year-old Sydney Land and 19-year-old Nehemiah Kauffman were found shot to death Oct. 27, 2016 in an apartment near Hualapai and Peace ways.

Homicide detectives have yet to identify any suspects. Police said Thursday they believe it was one person who committed the murder and are seeking any new information.

Over the past two years, leads have gone cold. Police now say an original suspect, Shane Valentine, who had a violent history against the Kauffman family, is once again a person of interest.

Family members of Land were present at the press conference. Earlier this month, Connie Land talked with 13 Action News about billboards the family put up looking for information about the murders.

She believes people Sydney once considered friends know something and are keeping quiet. Land says it's only a matter of time before the case is solved.