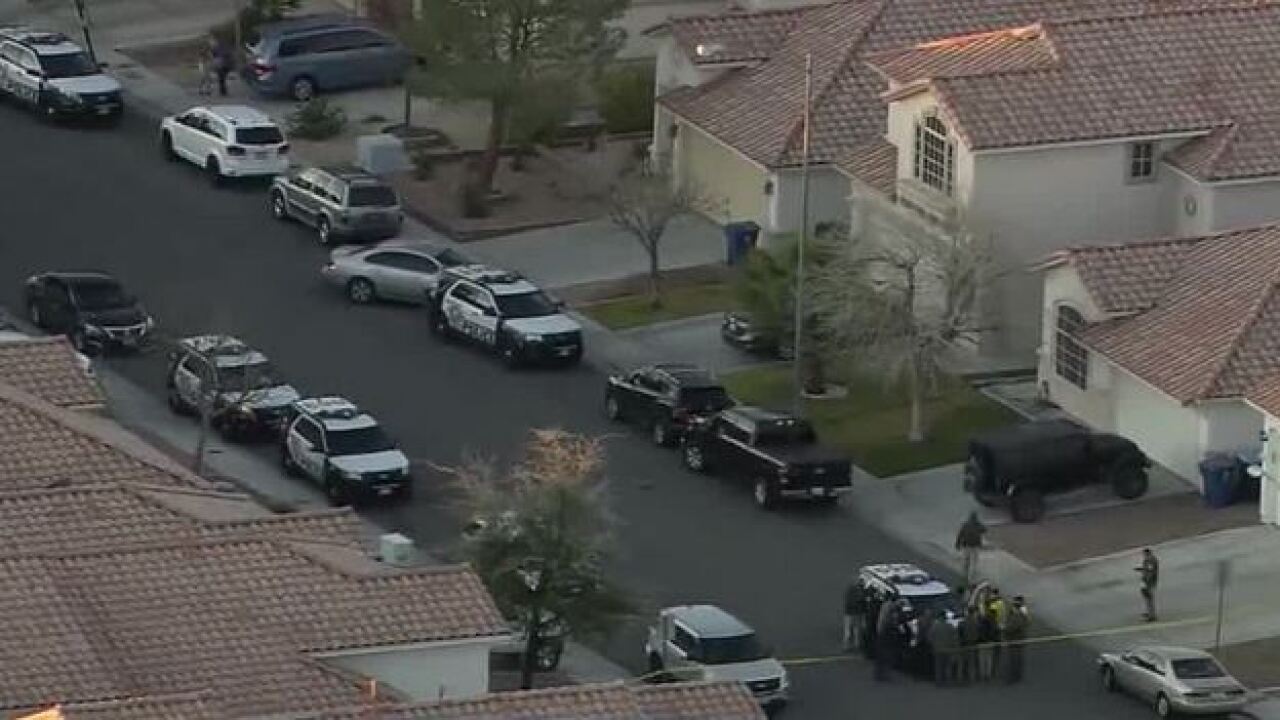 Around 3:49 a.m., several neighbors heard a woman screaming in front of a home near Desert Inn Road and Hualapai Way. When officers arrived they found a man suffering from multiple gunshot wounds. The man was transported to University Medical Center and was pronounced dead around 5:15 a.m.

The woman heard screaming in the driveway had been taken to an apartment near Torrey Pines Drive and Tropicana Avenue by her ex-boyfriend. She later escaped from that apartment and ran to a Walgreens on Tropicana Avenue and Decatur Boulevard. That is where she called the police.

The woman involved had been trying to separate from her ex-boyfriend, who police believe was affiliated with a biker gang, and had filed a restraining order against him and had called police about threats made to her as recently as Feb. 2. Before last night's incident detectives escorted the woman from her home to another residence for her safety, but ended up returning to her home.

Around 4:27 a.m., police pursued a gray BMW they believed belonged to the ex-boyfriend. Police used a pit maneuver to spin out the vehicle and apprehend the man on Interstate-15, near Tropicana Avenue.

Police believe the man shot and killed was an acquaintance of the woman and not a new boyfriend as originally reported. There was also another unnamed woman arrested at the apartment near Tropicana Avenue and Torrey Pines Boulevard where the victim was being held before her escape.

Police say that a man kicked in the door at a home in the area and shot another man inside the home. He then allegedly kidnapped the woman.

The woman was able to escape or was kicked out of the man's vehicle near Interstate 15 and Tropicana Avenue. The man was taken into custody.

The man died at a local hospital.

The incident, which began shortly before 4 a.m., resulted in several road closures.

The Clark County coroner will identify the deceased. This is a developing story. Check back for updates.