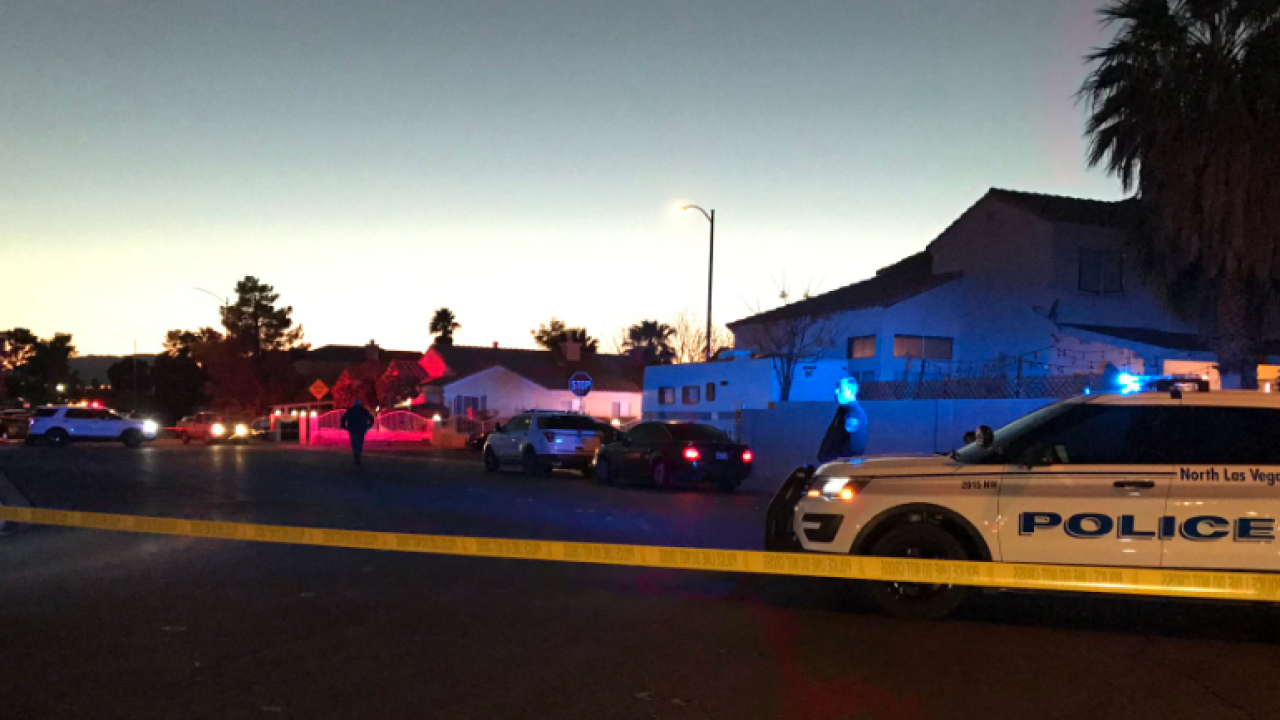 NLV police were called to a residence in the 4800 block of Rancho Linda regarding a shooting at about 4 p.m.

Officers reported a 36-year-old man was found with gunshot wounds at that location and pronounced deceased by medical personnel.

The preliminary investigation indicated the victim met with two suspects before a violent encounter took place, according to police.

Witnesses told police that the suspects left the scene in an unknown vehicle after the shooting.

Investigators do not believe this was a random act of violence and were looking into the relationship between the victim and suspects.

Detectives were also not prepared to release any immediate information about the suspects.

The Clark County Coroner's office will identify the man killed after family has been notified.

Anyone with further information on this incident was urged to contact Crime Stoppers at 702-385-5555.