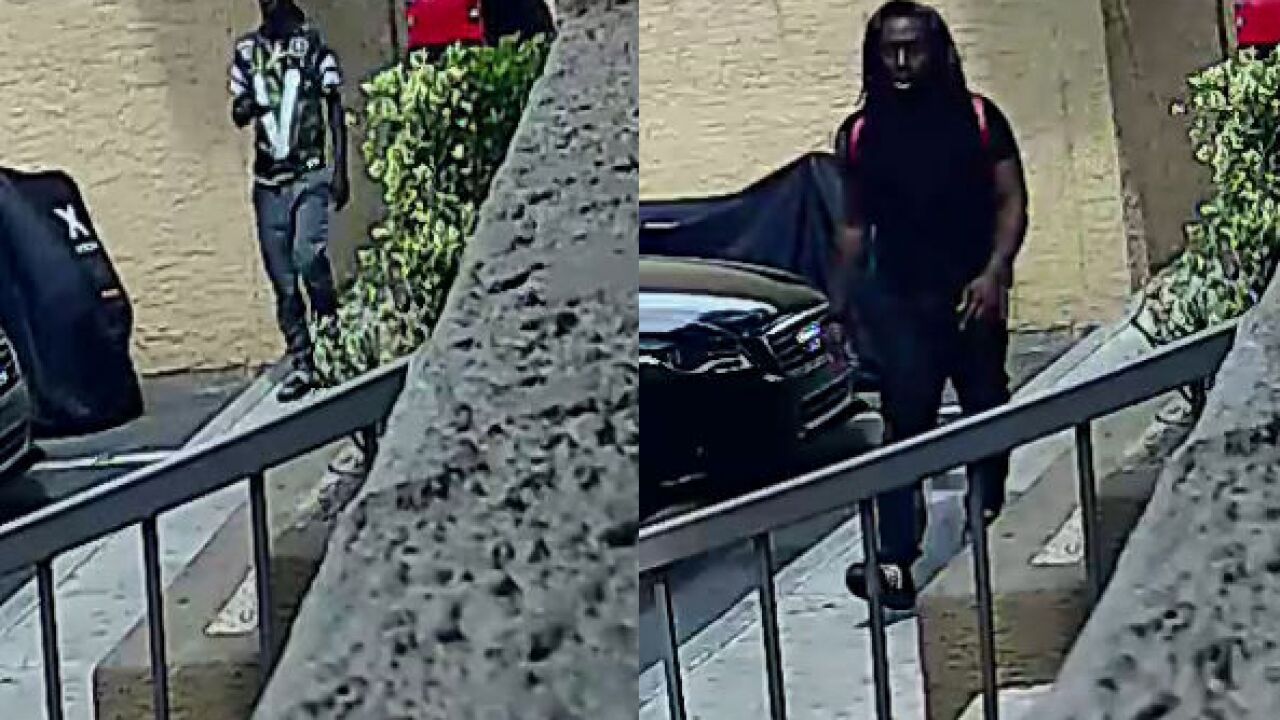 UPDATE: JULY 17 One of the homicide suspects arrested after barricade in SW Las Vegas. FULL UPDATE.

ORIGINAL STORY:
Las Vegas police are looking for 2 persons of interest in a deadly shooting on July 3 on Soaring Gulls Drive near Cheyenne Avenue and Rampart Boulevard.

Police responded to reports of shots fired around 3 p.m. Upon arrival, they found a man lying in an apartment doorway. He was transported to UMC Trauma and died July 6.

The preliminary investigation by the Homicide Section indicates the victim answered the front door of the apartment and was shot shortly after.

Through the course of the investigation, detectives identified 2 persons of interest that may be involved in this crime.

The second person is a male adult in his late teens to early 20s with a medium build and dread lock hair style. He was last seen wearing a black shirt, black pants and was wearing a red backpack.

Anyone with any information about this incident or can identify the persons of interest are urged to contact the Homicide Section by phone at 702-828-3521, or by email at homicide@lvmpd.com. To remain anonymous, contact Crime Stoppers by phone at 702-385- 5555 or on the internet at www.crimestoppersofnv.com.

Tips leading directly to an arrest or indictment processed through Crime Stoppers may be eligible for a cash reward.