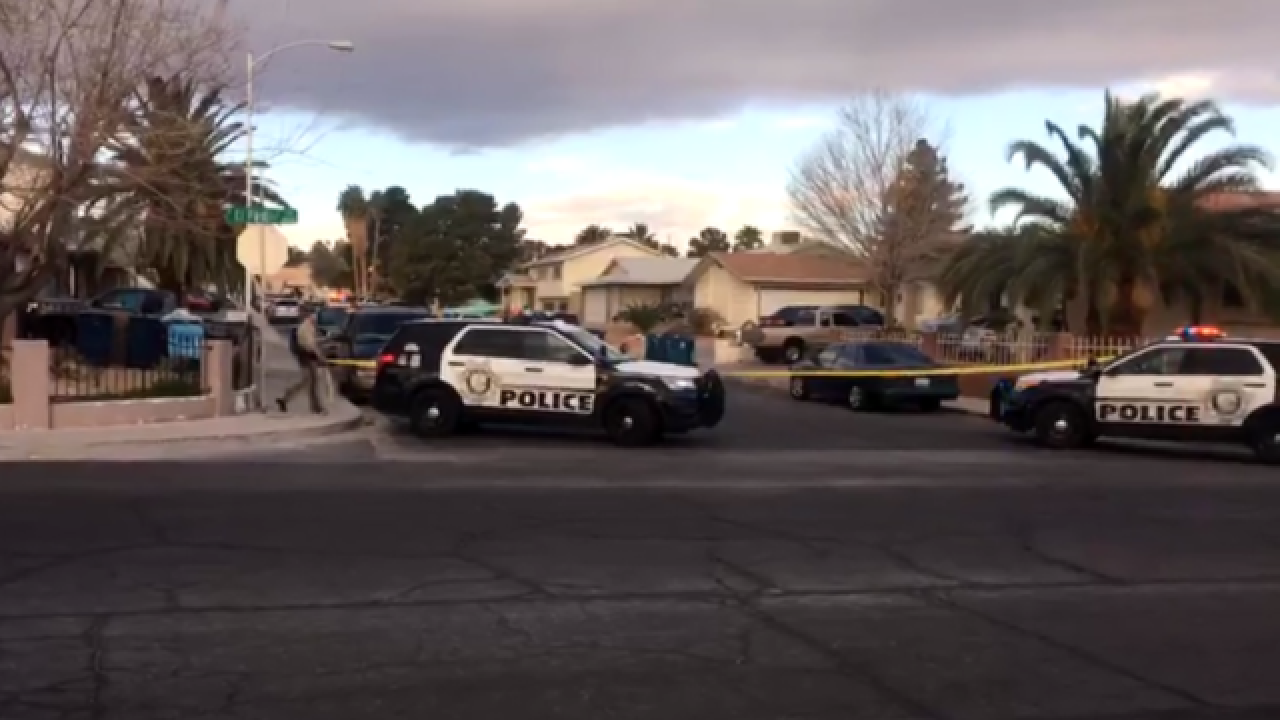 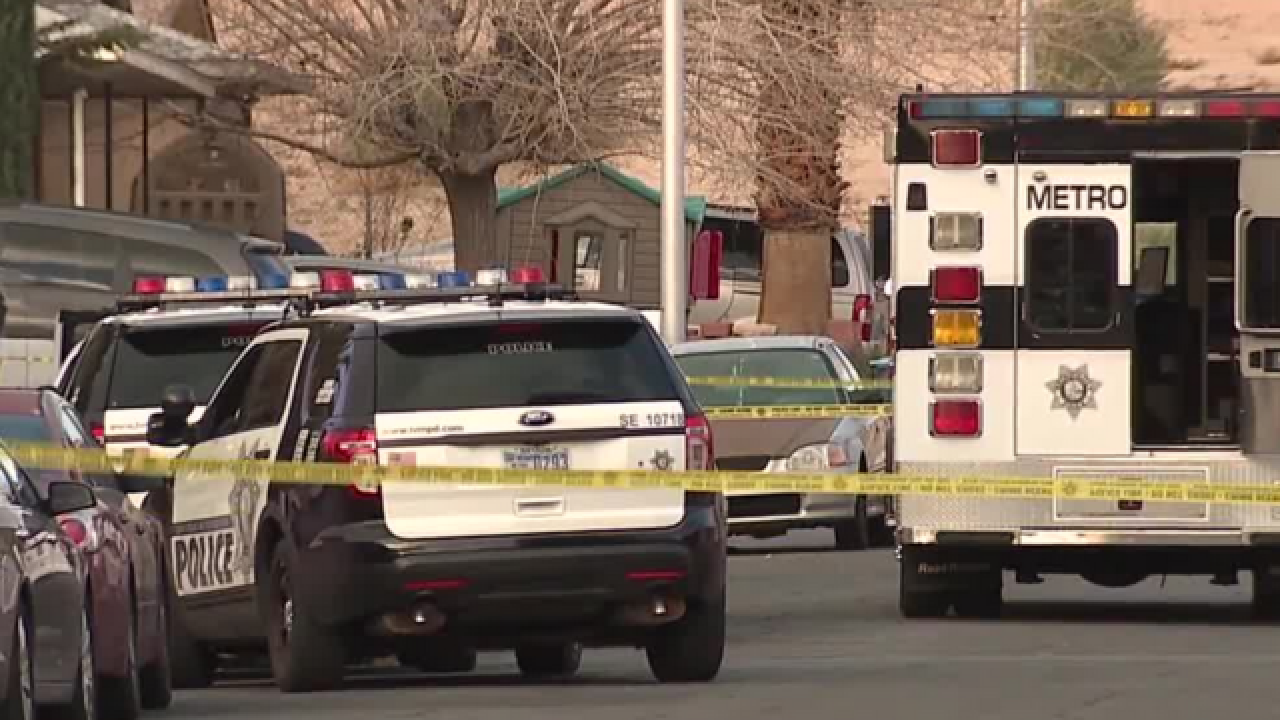 UPDATE 9:10 A.M. FEB. 19: Police are saying that a man was in the driveway of a home on the 4300 block of Del Santos Drive when a white car drove up, a man got out and shot the man standing in the driveway.

This occurred at the same home where a triple homicide was reported on Dec. 22. Police say the homeowner regularly rents out rooms to people.

They've established that the man in the driveway did not live at the home and was possibly there to buy drugs. A woman that was with him at the time of the shooting was not injured.

There were 5 people in the home at the time of the shooting, including the homeowner. All of them have been detained until officers conclude their search of the home.

If drugs are found in the home during the search all 5 people are expected to be arrested.

At this time no one has been arrested in connection with the shooting.

Police say they're working with code enforcement, and have also obtained a search warrant for narcotics.

ORIGINAL STORY: Police say a person was found with a gunshot wound to the chest on the 4300 block of Del Santos Drive, near Tropicana Avenue and U.S. 95. The person was pronounced dead on the scene.

No arrests have been made at this time. The Clark County coroner will identify the deceased after relatives have been notified.