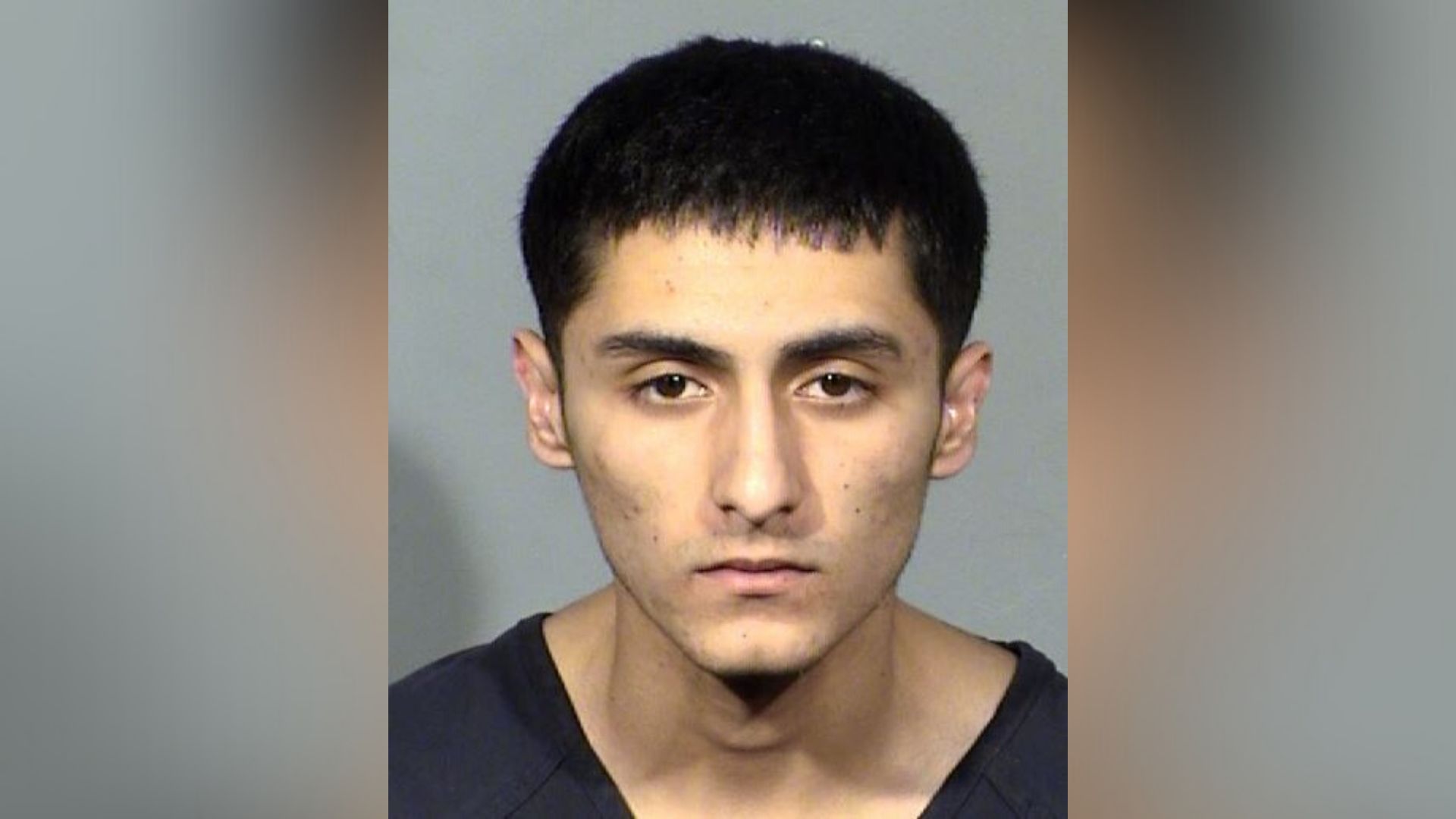 Christopher Valenzuela-Olivas was granted $100,000 bail in his first court appearance on Thursday morning. Attorneys for the teen accused of the triple shooting inside the Fashion Show Mall claim he may have acted in self-defense. 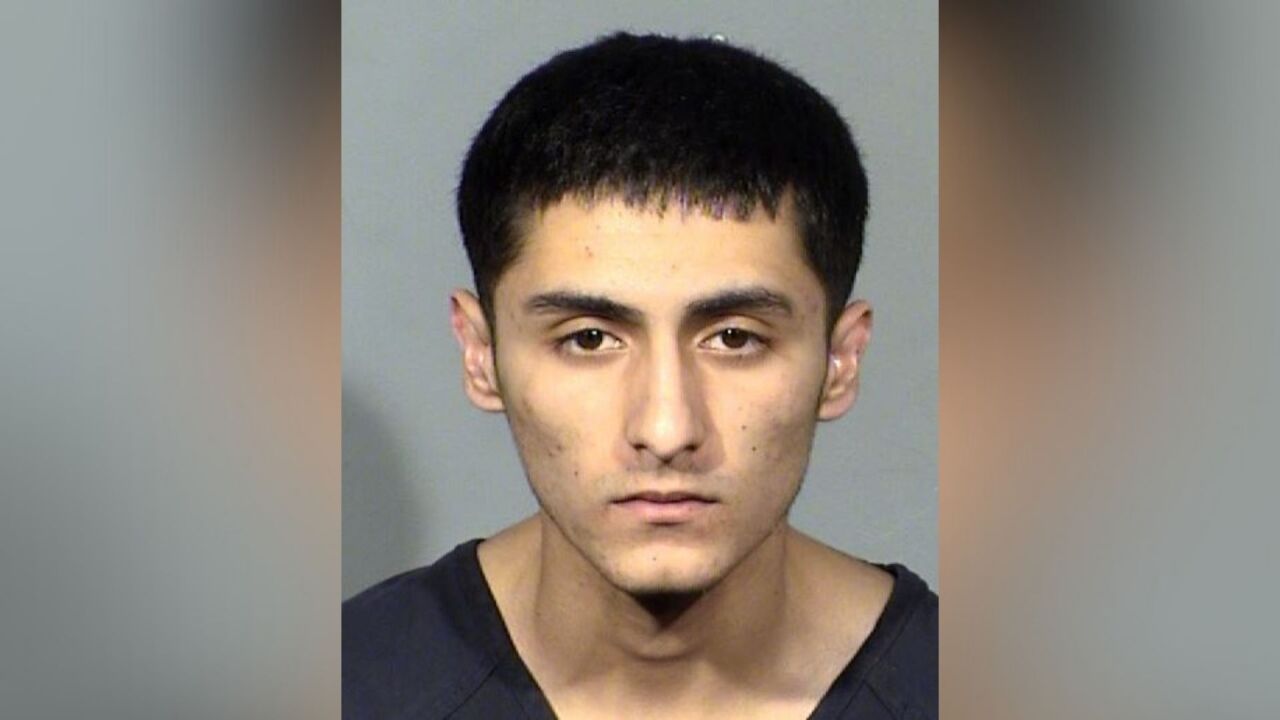 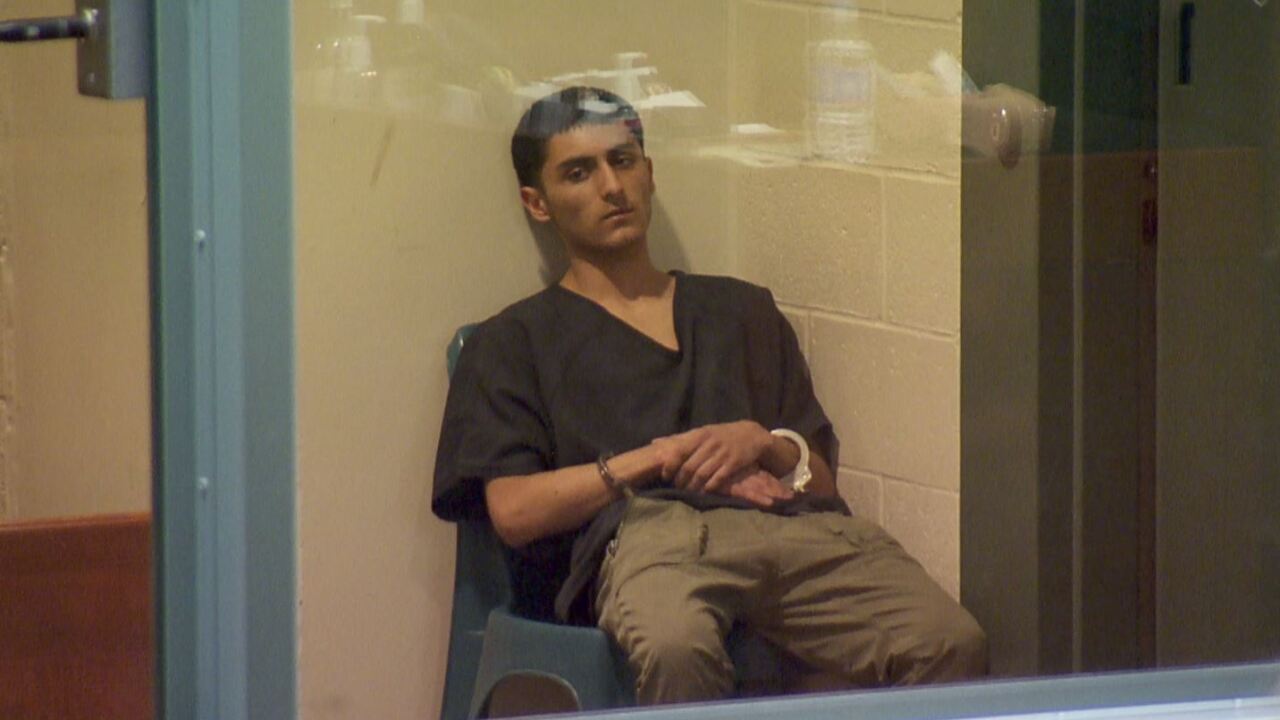 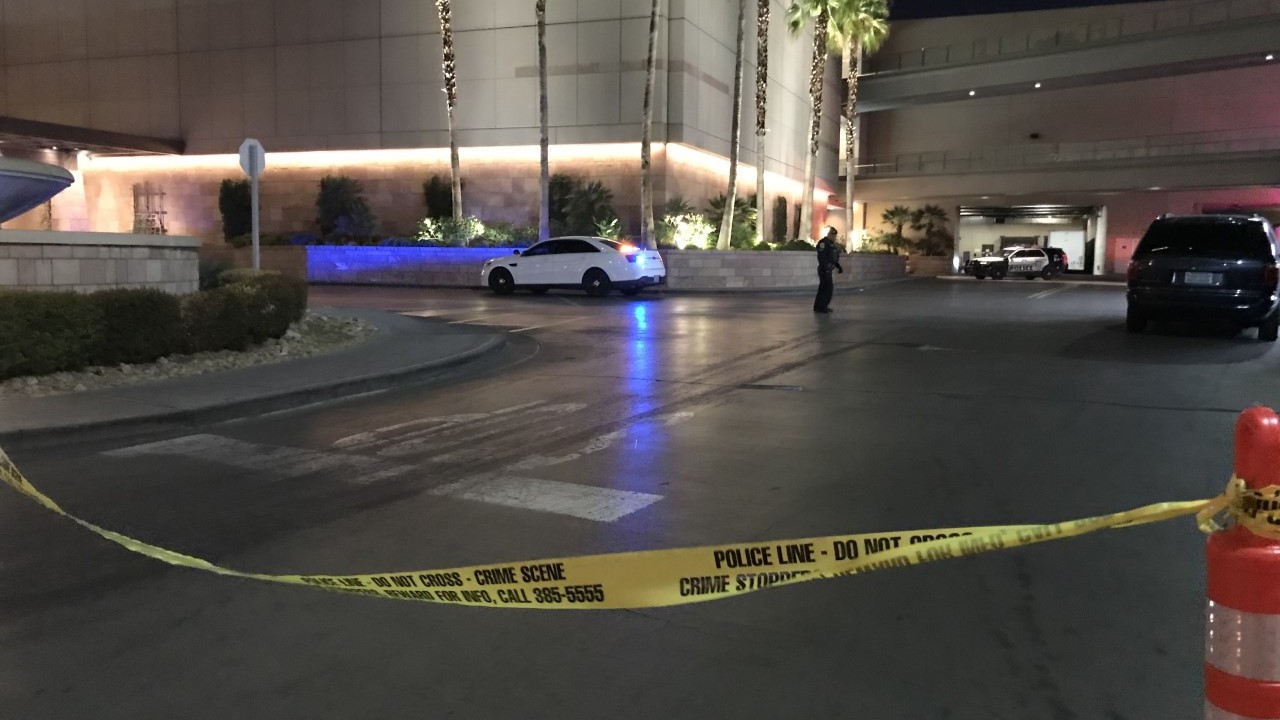 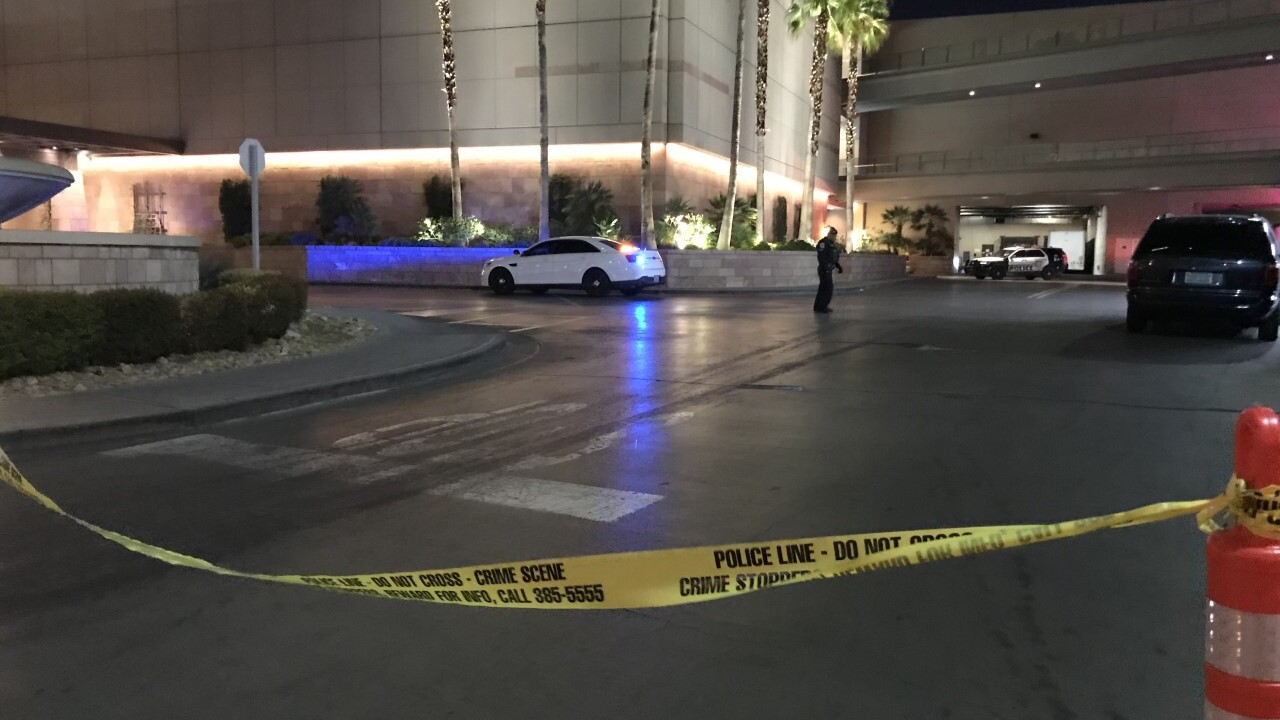 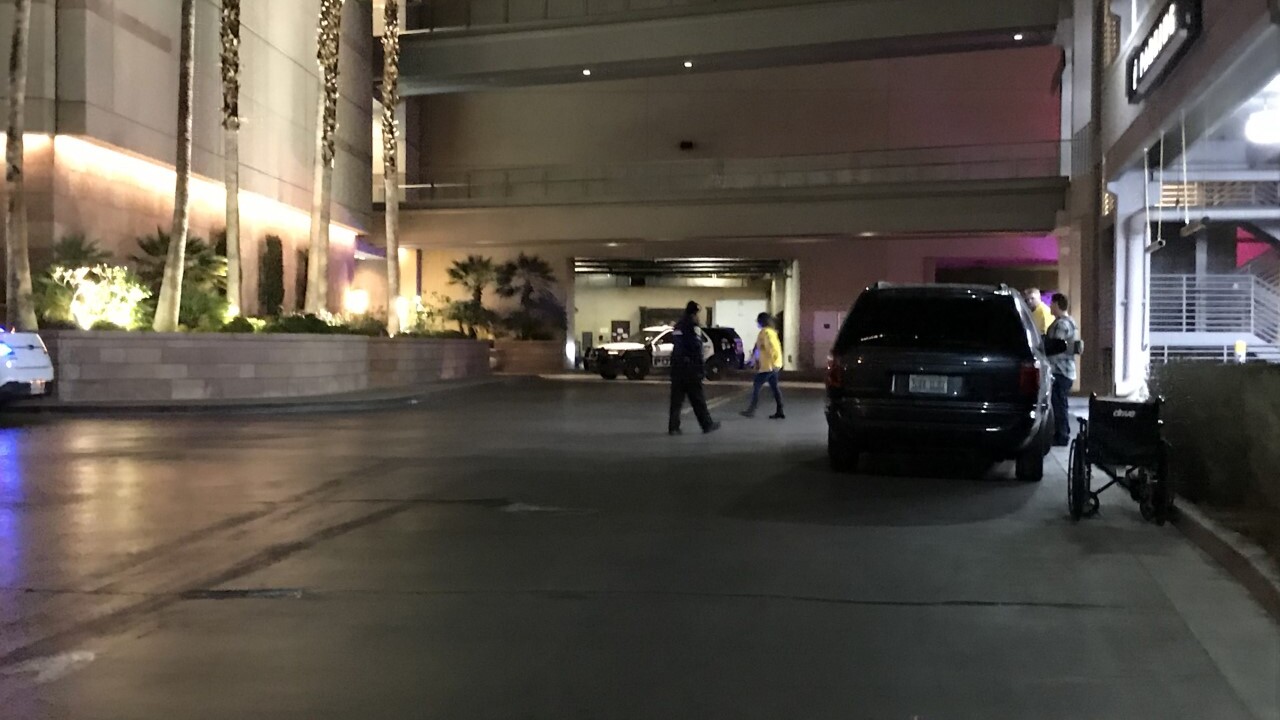 UPDATE 9 A.M. JAN. 23: Christopher Valenzuela-Olivas was granted $100,000 bail in his first court appearance on Thursday morning. Attorneys for the teen accused of the triple shooting inside the Fashion Show Mall claim he may have acted in self-defense.

According to police reports, one of the victims told officers he agreed to fight Valenzuela-Olivas and a friend. This same person said he punched the suspect’s friend and that's when the 18-year-old shot him.

More than 100 officers responded Tuesday’s scene, according to court records.

Valenzuela-Olivas is scheduled to appear in court next on Jan. 27.

On Jan. 22, Valenzuela-Olivas was taken into custody without incident by Major Violators and ROP (Repeat Offender Program). He has been transported to the Clark County Detention Center where he faces three charges for attempt murder.

Pastor Troy Martinez with CCSD's School Safety Committee on guns tells 13 Action News that those involved are from our local community and were recently in CCSD schools.

“When there’s an attractive place and somewhere to go, sometimes you have these random altercations and so its no fault of the store owners or those that are working there," says Martinez.

Pastor Martinez is know in the Las Vegas valley for speaking to communities following tragedy, specifically involving young people and he wants parents to get involved to prevent more incidents.

“If their young person goes to a middle school or high school they need to have an immediate conversation with hem," says Martinez.

UPDATE 11:50 A.M. JAN. 22: School police are assisting Las Vegas police with the Fashion Show Mall shooting, Clark County School District confirms. The school district is sometimes asked to assist with an investigation if minors are involved. Police say there have been no arrests related to the shooting. No suspect descriptions were given.

ORIGINAL STORY
Police have confirmed that 3 people have non-life-threatening injuries after a shooting inside Fashion Show mall on the Las Vegas Strip on Tuesday night.

The shooter or shooters left the mall before police arrived, according to the Las Vegas Metropolitan Police Department.

The shooting was initially reported at 6:15 p.m. Las Vegas police, Nevada Highway Patrol and Clark County Fire Department responded to the incident. Although police have not given any information about what led to the shooting, they did tell the media that it was not an "active shooter" situation.

Nevada Highway Patrol closed all off-ramps from Interstate 15 to eastbound Spring Mountain during the incident. The closures were lifted shortly before 9:30 p.m.

#BREAKING we are arriving at the Fashion Show mall in Las Vegas for a big police response. Working with @LVMPD on scene for details @KTNV pic.twitter.com/PqDvHoIyqF

The LVMPD is investigating a shooting that occurred at the Fashion Show Mall and two persons are reported injured. Officers are on scene and clearing the area. Preliminary information indicates the suspects fled after the shooting before police arrived. pic.twitter.com/PyGUeBIRw2

#TrafficAlert All off ramps from I-15 to eastbound Spring Mountain closed due to police activity. Avoid the area and find an alternate route. #NHPSoComm

This is not the first time that there has been a shooting at the mall.

Hasean Quinn was arrested in May 2019 after a fight and shooting inside of the mall. Although no one was injured, he was charged with felony assault and discharging a firearm inside of an occupied structure.

In 2018, 5 people were robbed at gunpoint in the parking lot of the mall.