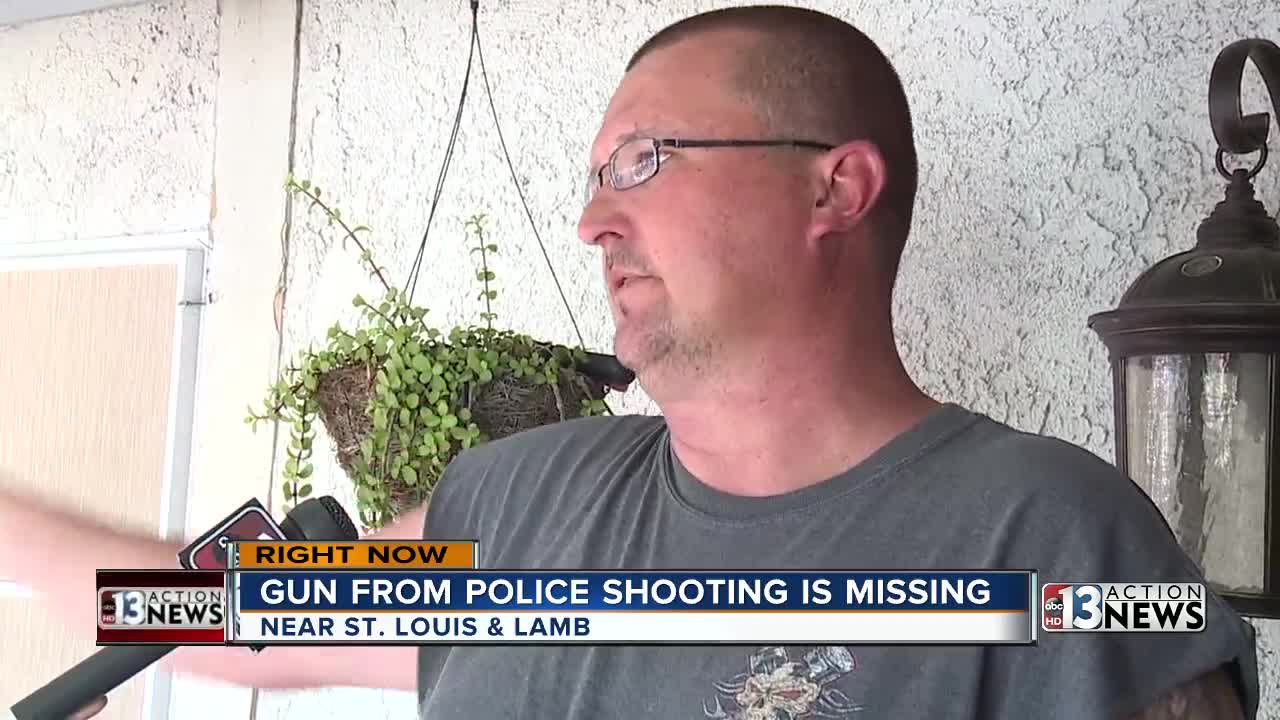 Neighbors looking for missing gun after police chase in their area 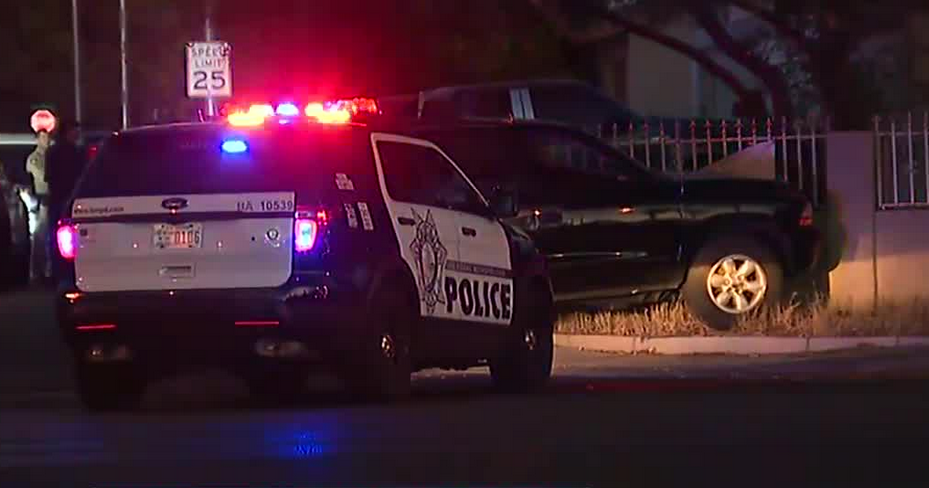 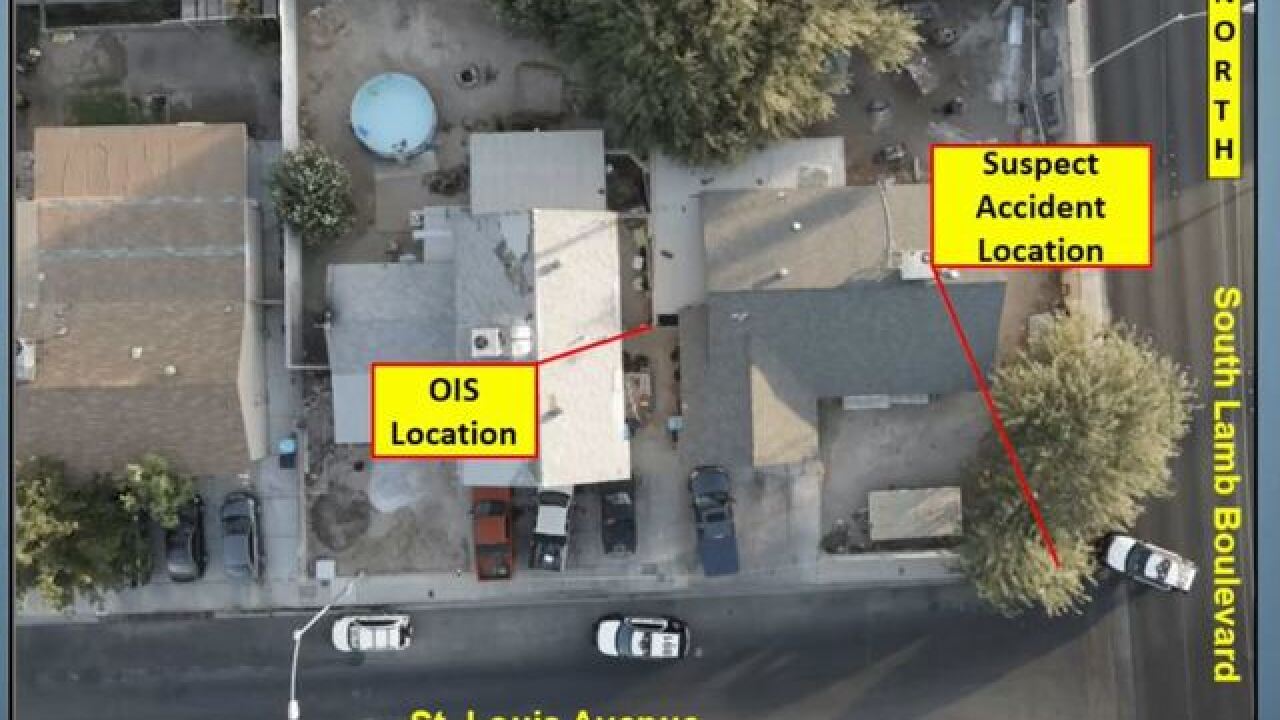 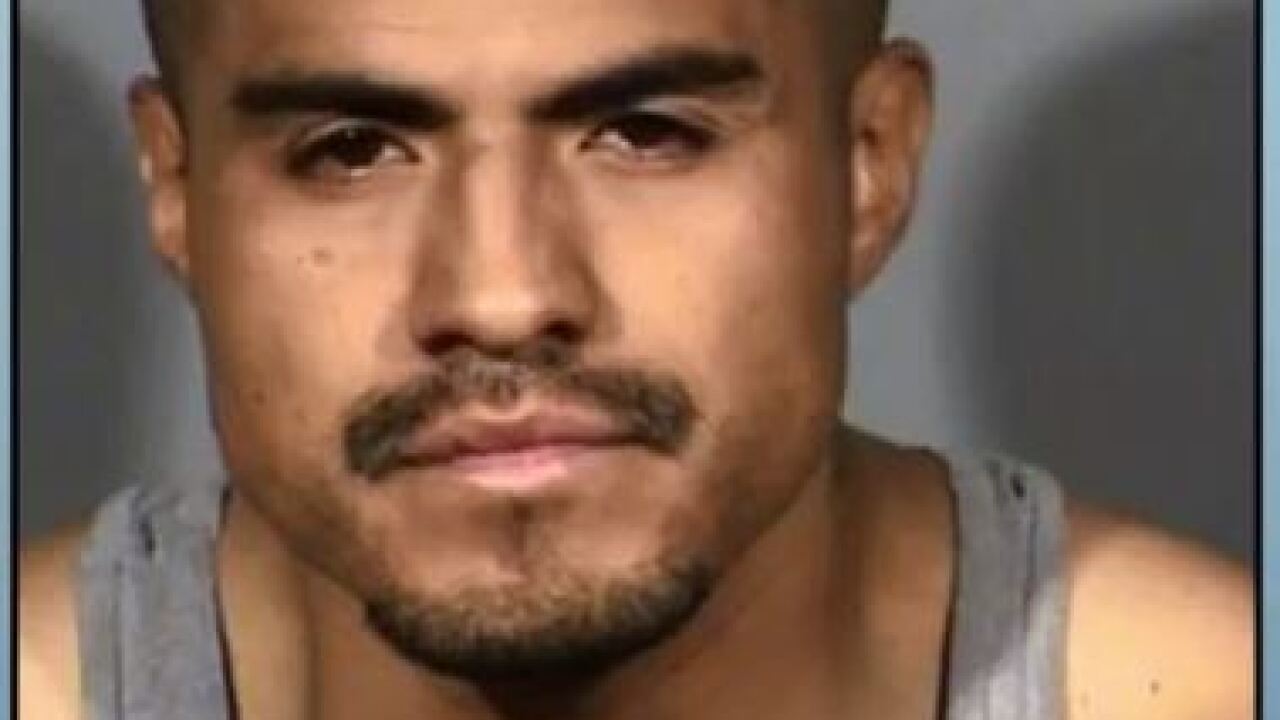 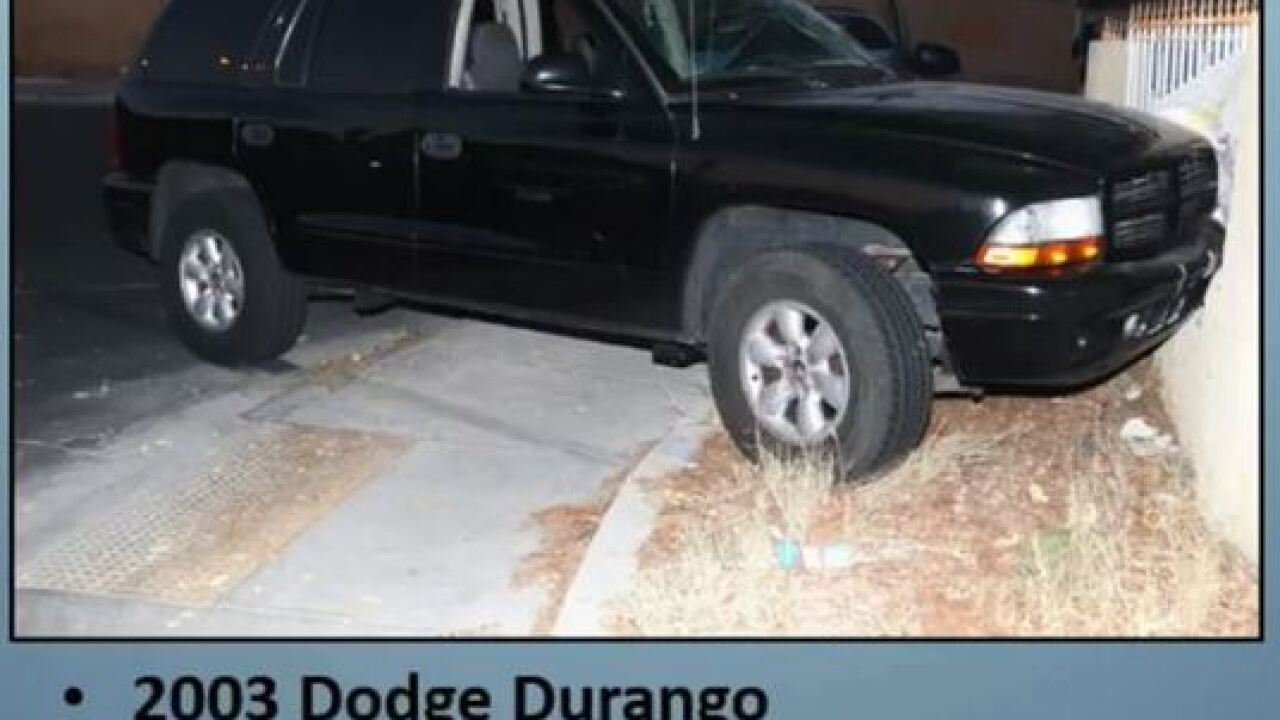 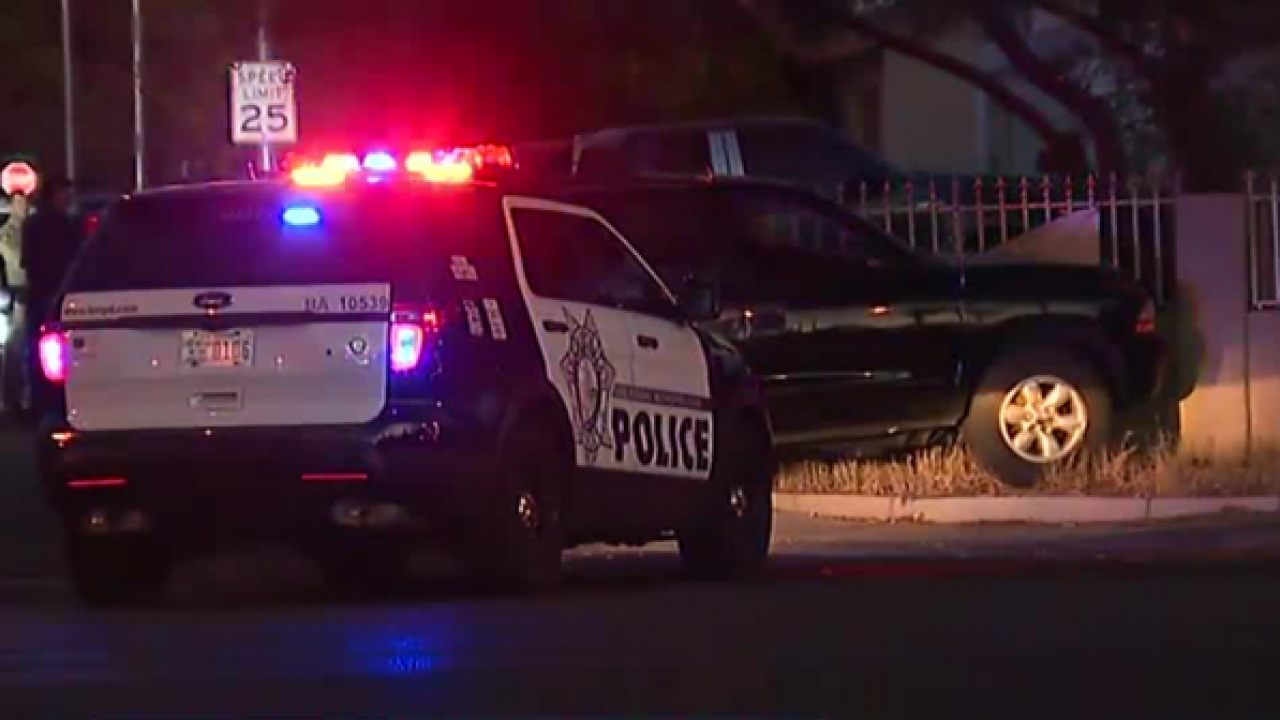 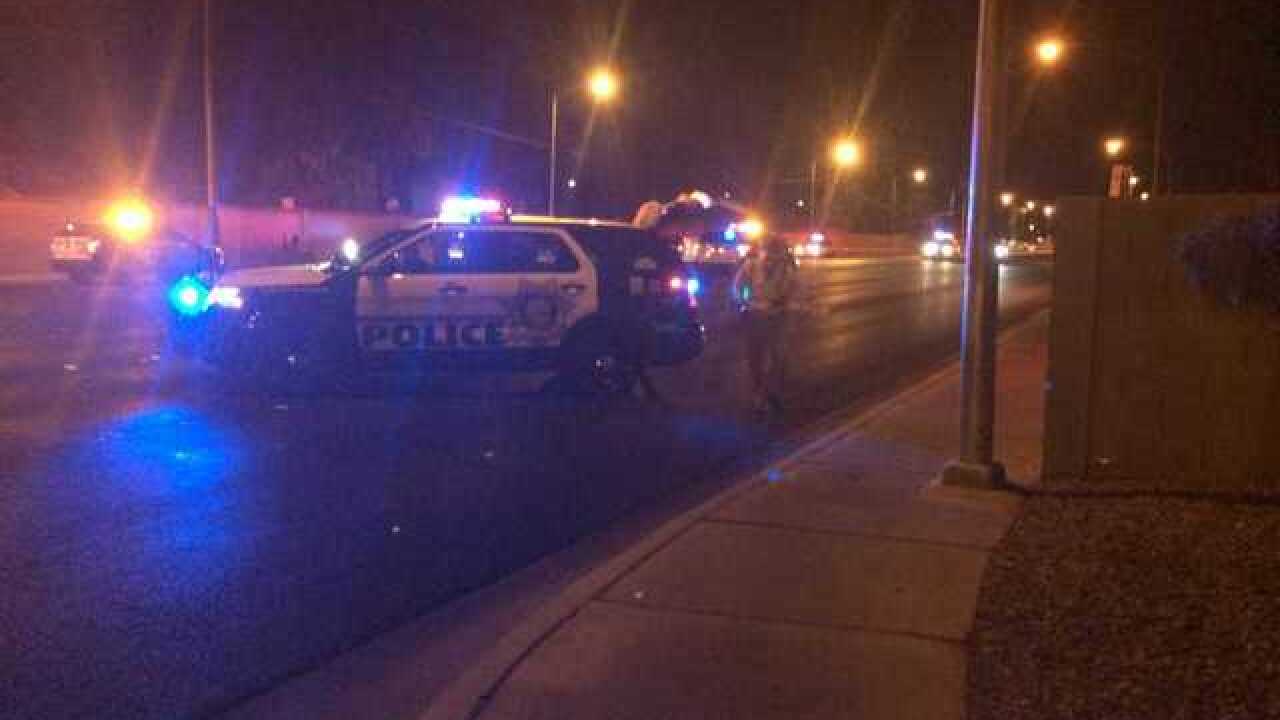 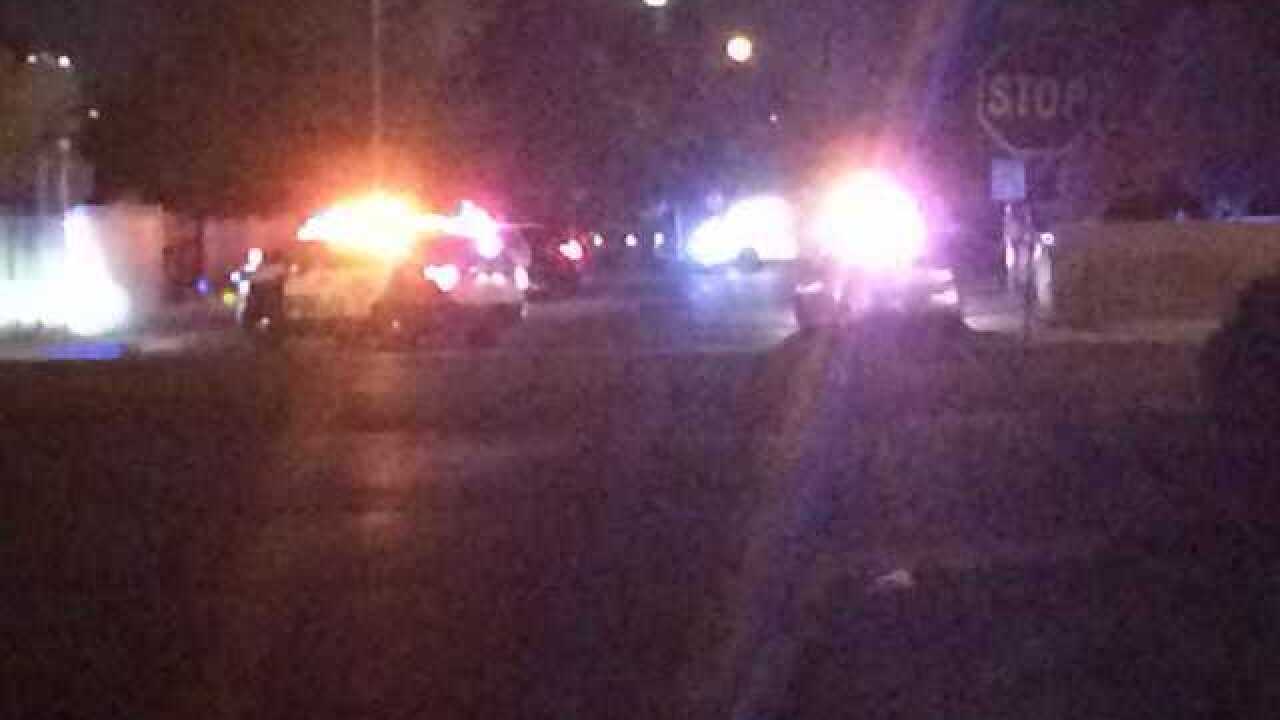 UPDATE 11 PM JULY 2: People in an east Las Vegas neighborhood are on the lookout for a gun police say was pointed at a police officer during a chase days ago.

At least one neighbor told 13 Action News that if the suspect did ditch the gun in the area; it's no longer there. Jacob Saulzer said there's a bullet hole in the wall around his backyard as a result of the incident. Police say Officer Brent Horlacher fired a shot at the suspect, Jessie Murillo, after Murillo allegedly pointed a gun at the officer.

Saulzer said police have searched extensively in the area,

"There's no way it's anywhere around here because we have looked," said Saulzer. "We have a small child so we made sure there were no firearms anywhere on our property."

UPDATE JULY 2: The Las Vegas Metropolitan Police Department identified the suspect as Jessie Murillo during a press briefing on July 2. Police also said that they have not recovered the gun that Murillo reportedly pointed at the police officer who shot at him.

Police also said that they found numerous pieces of clothing that Murillo, who is a 5-time felon, was wearing in various yards.

LVMPD is concerned that a child could find the weapon and are asking people in the neighborhood to be on the alert. Watch the press conference below.

UPDATE ON JULY 1: The officer who shot at a suspect on June 29 was identified as 28-year-old Officer Brent Horlacher by the Las Vegas Metropolitan Police Department.

LVMPD says that Horlacher has been with the department since November 2014. He has been placed on routine paid administrative leave pending the outcome of a review of this incident.

An officer fired a shot at a suspect he was in pursuit of in the 4100 block of St. Louis Avenue near Lamb Boulevard.

The incident occurred at 12:36 a.m. on June 29, when police attempted to stop a black Dodge Durango they believe had plates belonging to another vehicle. The officers tried to get the vehicle to pull over near Desert Inn Road and Boulder Highway, but the driver kept going and drove against traffic for several blocks before crashing into a wall on St. Louis Avenue.

The suspect left the vehicle in an attempted to flee from the officer. They ran between two houses and tried to climb over a wall. The officer reportedly saw suspect point an object at them when they were trying to jump a wall, which led to a single shot being fired.

The shot did not hit the suspect, they managed to scale the wall, but was apprehended shortly after.

Neither the officer or the suspect was injured during the incident.