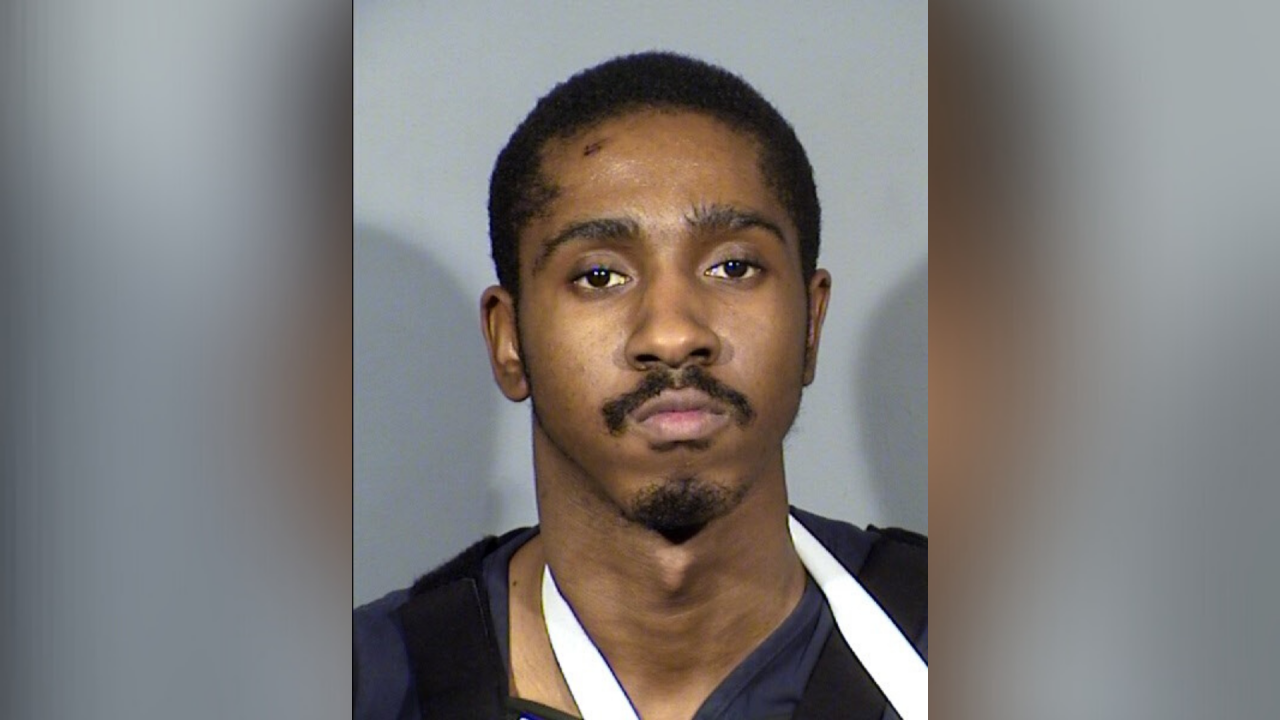 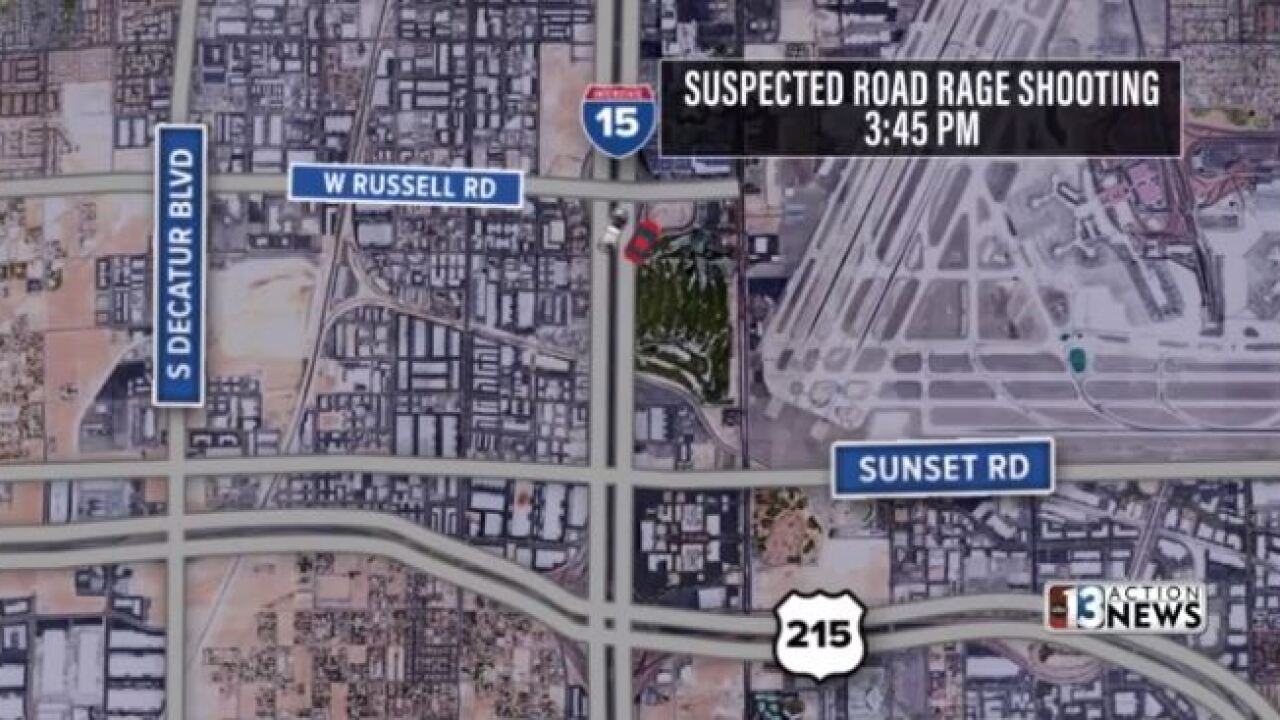 UPDATE JAN. 9: Police have released the mug shot Dwight Delancy, accused by authorities of shooting at an off-duty police officer on Interstate 15 near Russell Road on Dec. 10. Court records show Delancy has been released from jail to high-level electronic monitoring.

UPDATE DEC. 12: The man accused of shooting at an off-duty police officer has been identified as 21-year-old Dwight Delancy.

Delancy was booked into the Clark County Detention Center and is facing charges of discharging a gun into a structure or vehicle within a protected area and assault with a deadly weapon.

ORIGINAL STORY
LAS VEGAS (KTNV) -- A wild, high-speed shooting is being investigated as a case of suspected road rage after Las Vegas police say an off-duty officer was cut off several times near Interstate 15 and Russell Road.

Investigators tell 13 Investigates the incident was reported around 3:45 p.m. Tuesday, when the off-duty officer was driving on I-15 year Blue Diamond Road.

For reasons not yet known, another driver cut the off-duty officer off and eventually pulled even with the officer's driver's side window. He then fired several rounds with a handgun, police say.

"When he pulled up next to him and fired at the officer, that's when he [officer] realized that he had to call it in," said Lt. Jose Hernandez with Las Vegas Metropolitan Police Department.

"So he [officer] did report it right away so he could get assistance from other officers," said Lt. Hernandez.

The officer followed the gunman while navigating very heavy traffic.

Moments later, investigators say the gunman slammed into the rear-end of a vehicle on the off-ramp of I-15 near Russell.

"At that point the officer identified himself, the driver exited the vehicle and the driver gave up the hand gun," added Lt. Hernandez.

A Nevada Highway Patrol trooper arrived soon after and assisted the off-duty officer to get the gunman into handcuffs.

The driver in the rear-end crash was taken to the hospital with minor injuries.

The suspect was evaluated at the hospital after complaining of injuries.

No one else, including the off-duty officer, was injured in the shooting.

Police say the gunman will likely face assault with a deadly weapon charges.

The gunman's name has not been released.