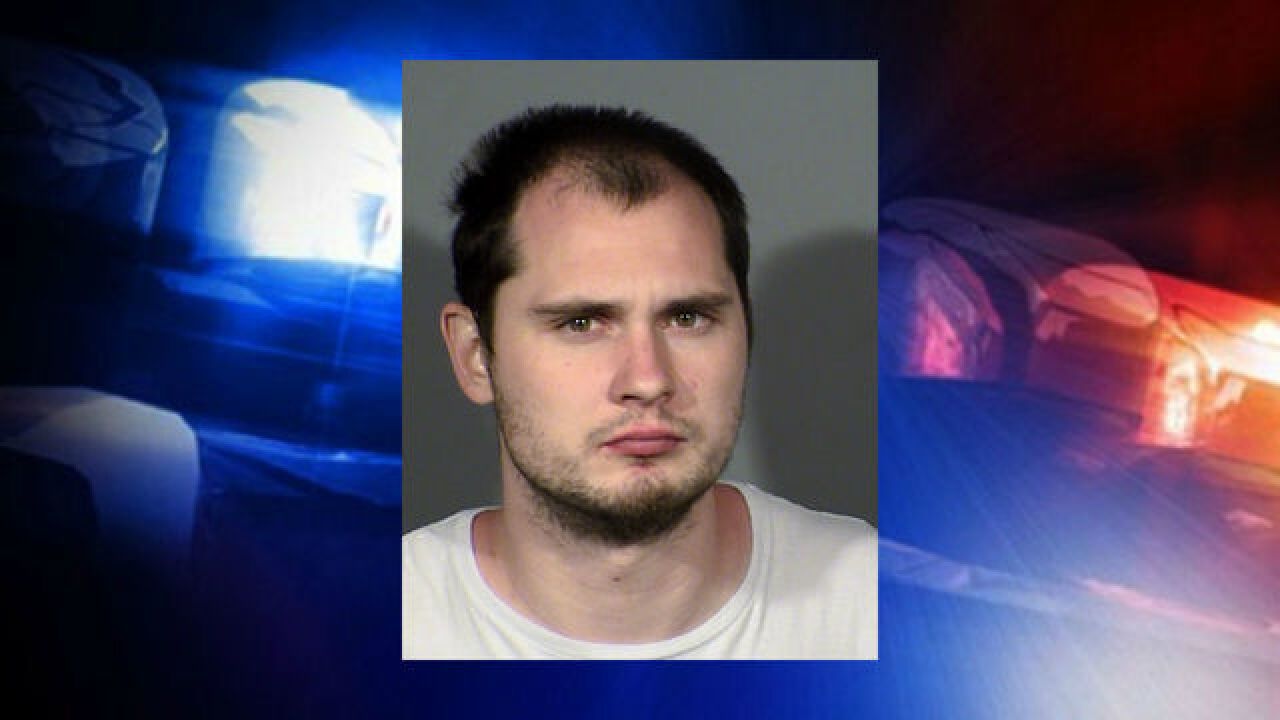 A man has been arrested in the apparent random stabbing of a woman at a gas station Wednesday.

Around 5:40 a.m. Wednesday, patrol officers were dispatched to a convenience store located in the 7100 block of East Lake Mead Boulevard, near Los Feliz Street, to investigate reports of a stabbing.

Arriving officers located an unresponsive woman laying in the parking lot suffering from stab wounds. Medical personnel responded and she was pronounced deceased at the scene.

Homicide detectives determined a man, later identified as 25-year-old Eric Pedersen, was outside of the store acting suspicious prior to the murder.

Through the course of the investigation, detectives identified a nearby residence where Pedersen was possibly staying. Officers responded to the residence and subsequently took him into custody. Pedersen was booked into Clark County Detention Center for one count of murder with a deadly weapon.

Detectives believe that the victim was randomly targeted and had no known connection with Pedersen.

Anyone with information about this incident is asked to contact the LVMPD Homicide Section by phone at 702-828-3521, or by email at homicide@lvmpd.com. To remain anonymous, contact Crime Stoppers by phone at 702-385-5555.