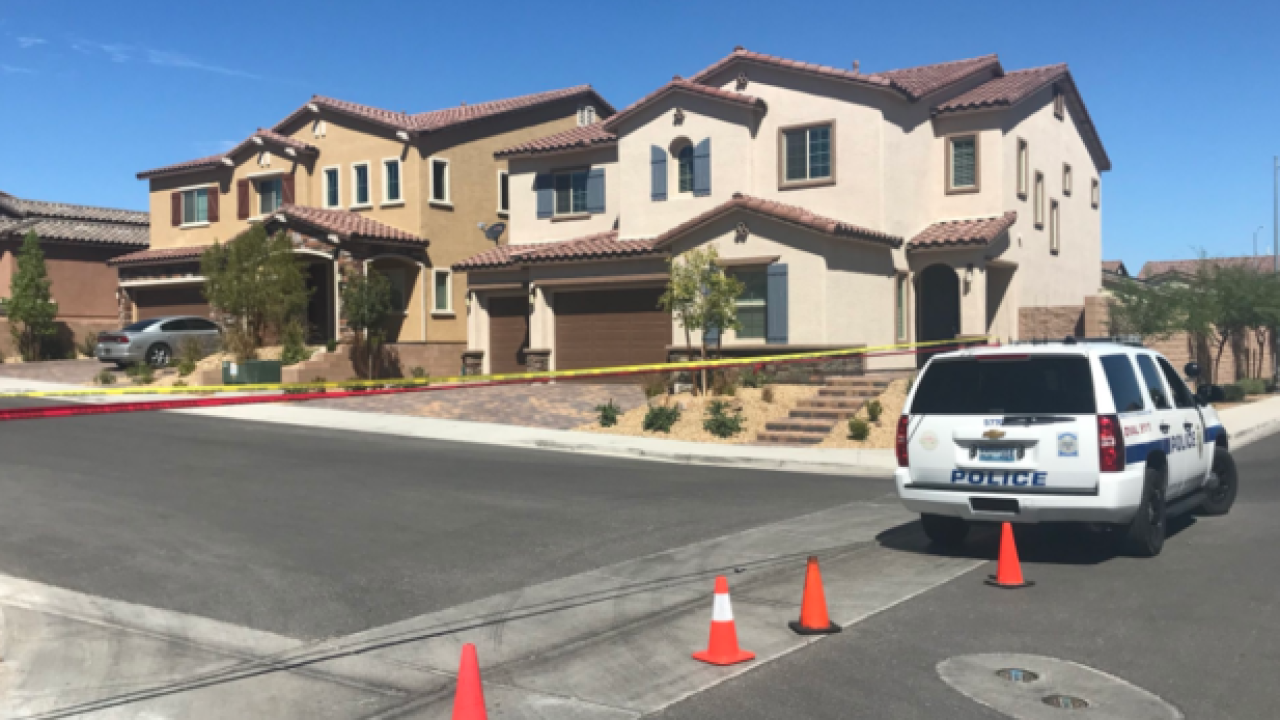 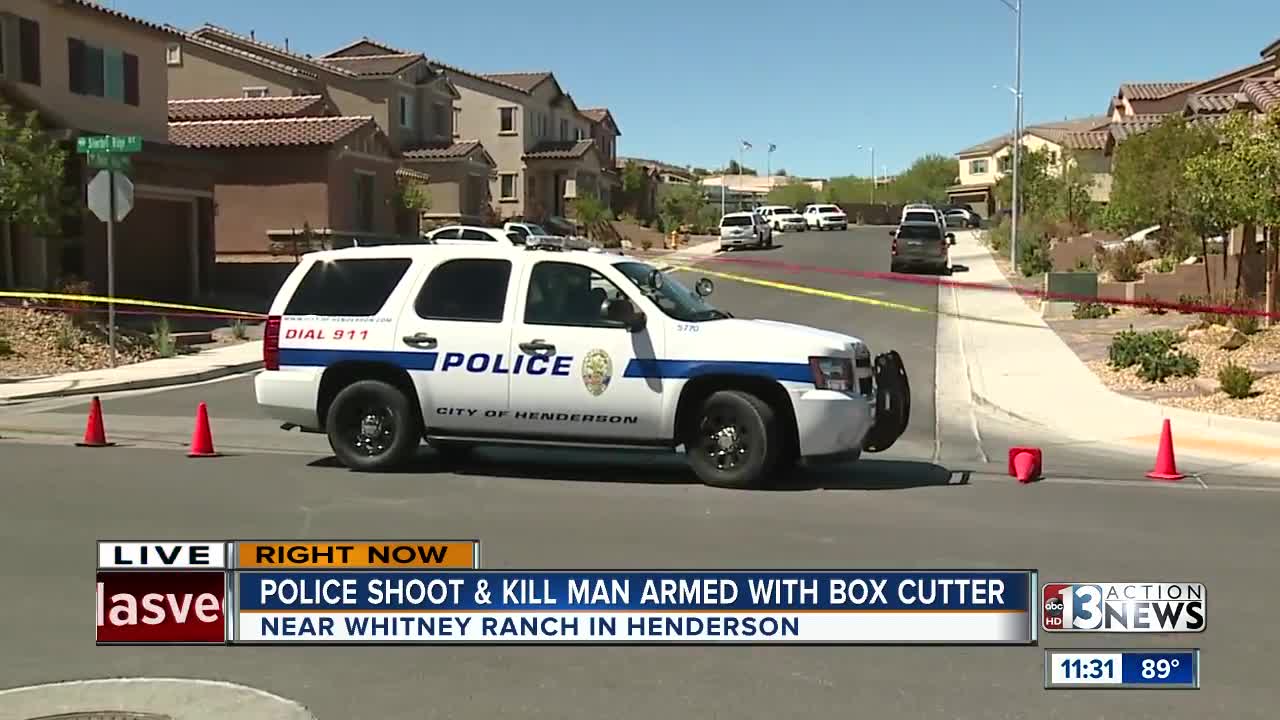 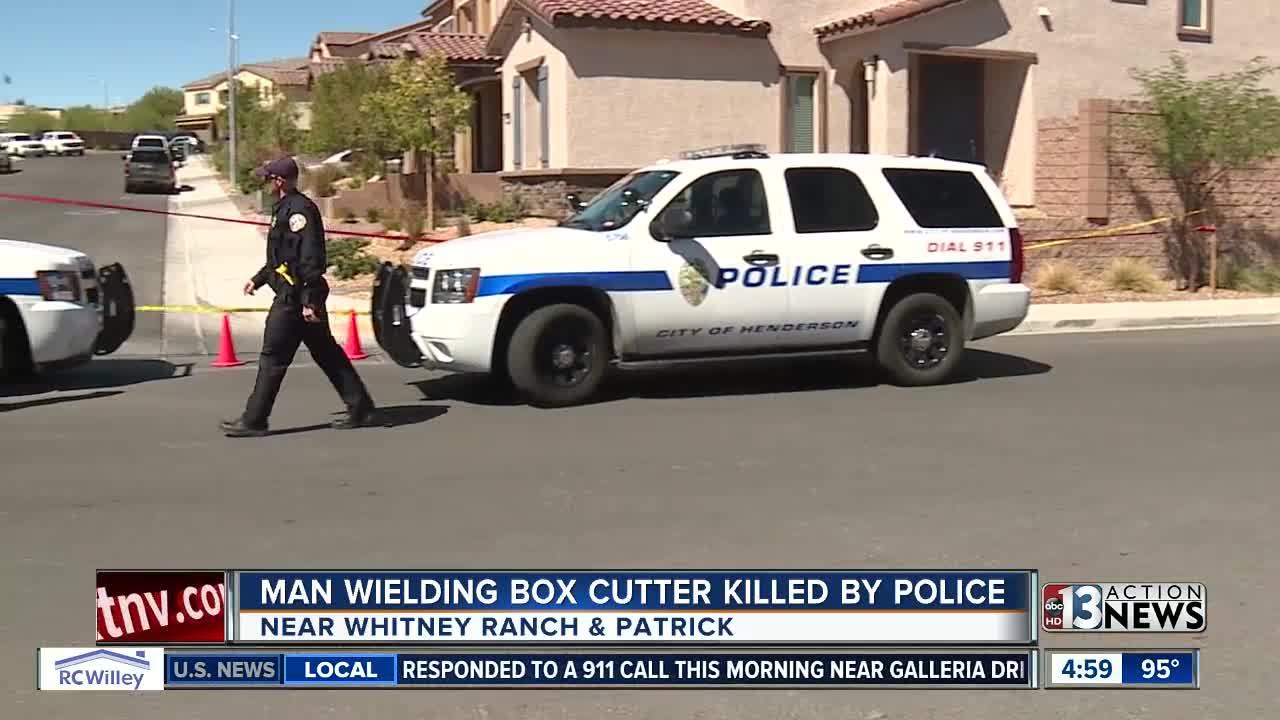 A man is dead after he was shot by Henderson police Thursday morning.

After receiving a 911 call, Henderson police responded to the 500 block of Point Vista Avenue, near Galleria Drive and Patrick Lane, around 4:15 a.m. When they arrived, a woman was screaming inside the residence.

Police entered the residence and found a man armed with a box cutter in a closet. Police issued commands for the man to drop the box cutter but he did not follow their commands.

Police said he lunged at them and he was then shot by officers. He died of his injuries.

The woman was transported to Sunrise Hospital with non-life-threatening injuries, believed to be from the box cutter.

This is the second shooting involving the Henderson Police Department this year. The other shooting happened on Aug. 12.