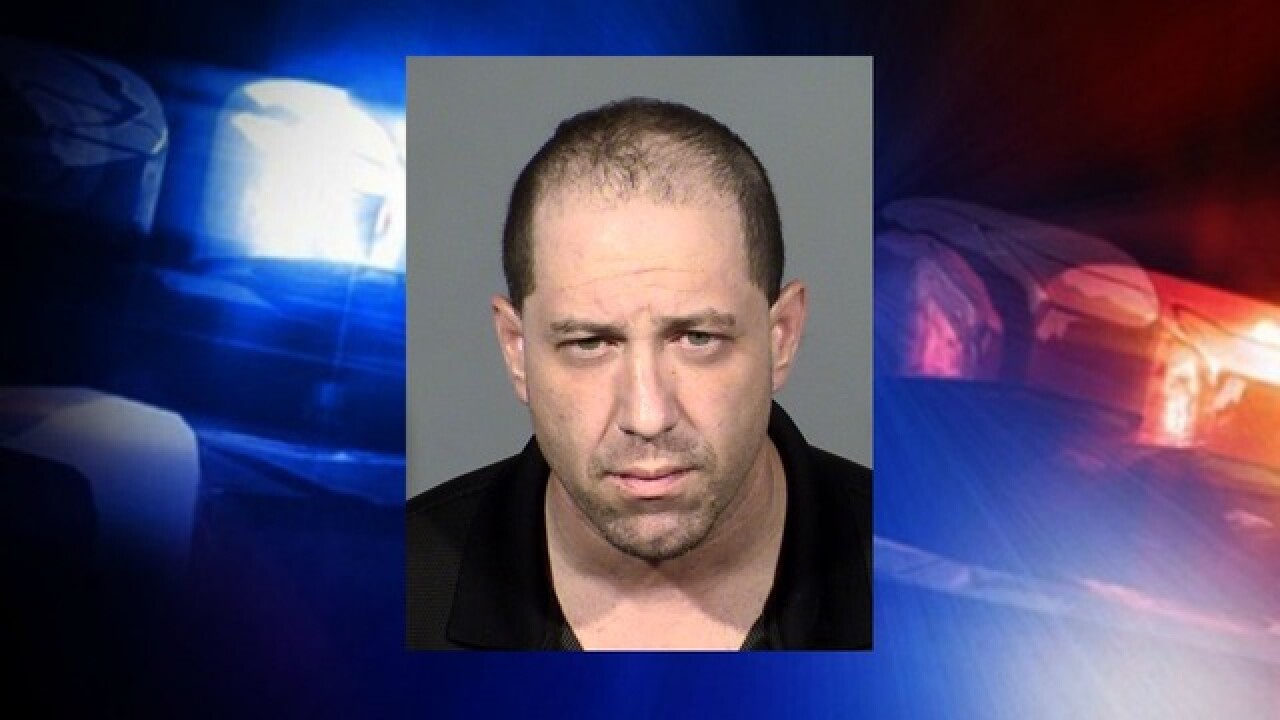 A Clark County School District physical education teacher was arrested through a court order after failing to appear on a battery charge involving a student.

The person arrested is 42-year-old Evan Scutero, who was briefly assigned to Evelyn Stuckey Elementary School as a physical education teacher in October 2017. The court order for Scutero’s arrest was related to a battery charge against a student in 2017 for which he failed to appear for court proceedings. When CCSD Police Department officers contacted Scutero Wednesday, additional charges resulted.

According to Scutero's criminal complaint, he grabbed a student by the head and/or hair and shook him on Oct. 25.

Scutero was originally hired by CCSD in August 2005, and his employment status is considered as "assigned to home.”

Following his arrest, Scutero was booked into the Clark County Detention Center.