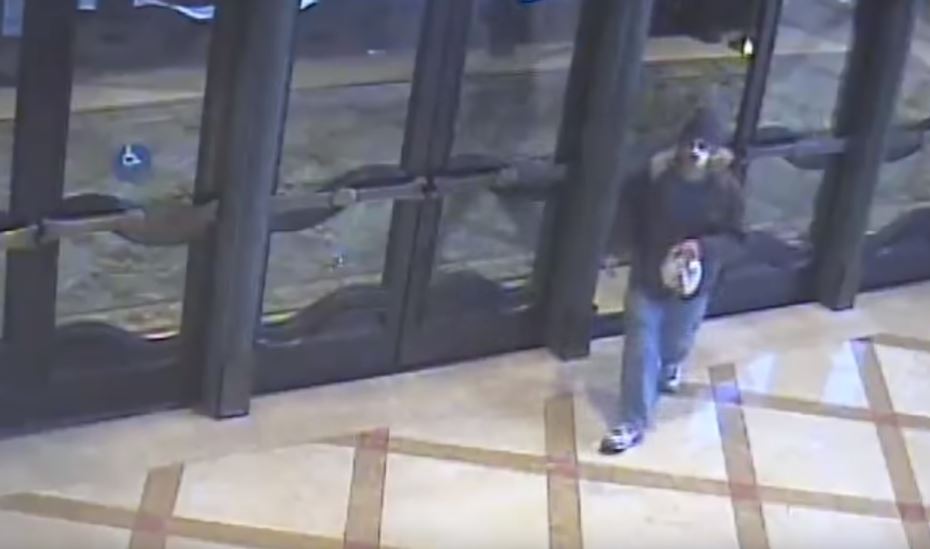 Investigators are trying to determine if the suspect who died on March 16 is the same thief that robbed the Bellagio's poker cage back in November 2017 and got away. Alicia Pattio reports. 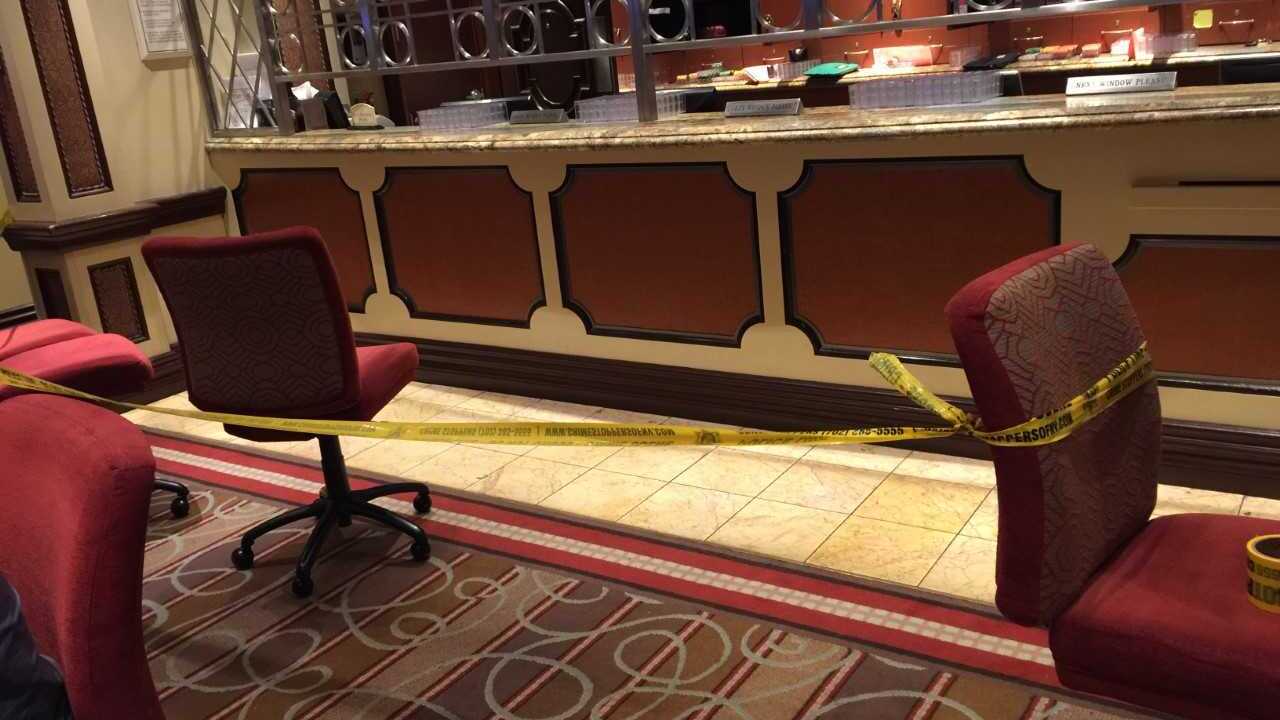 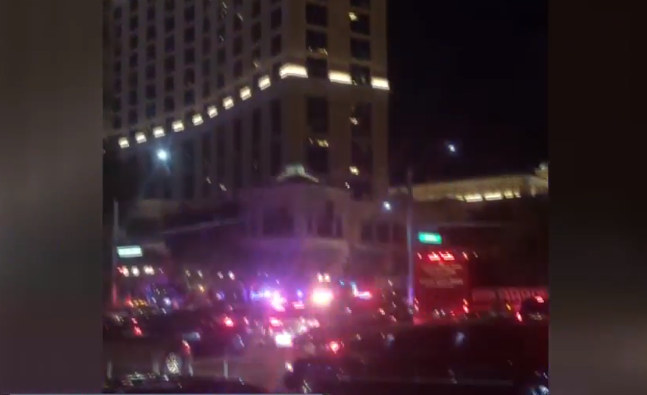 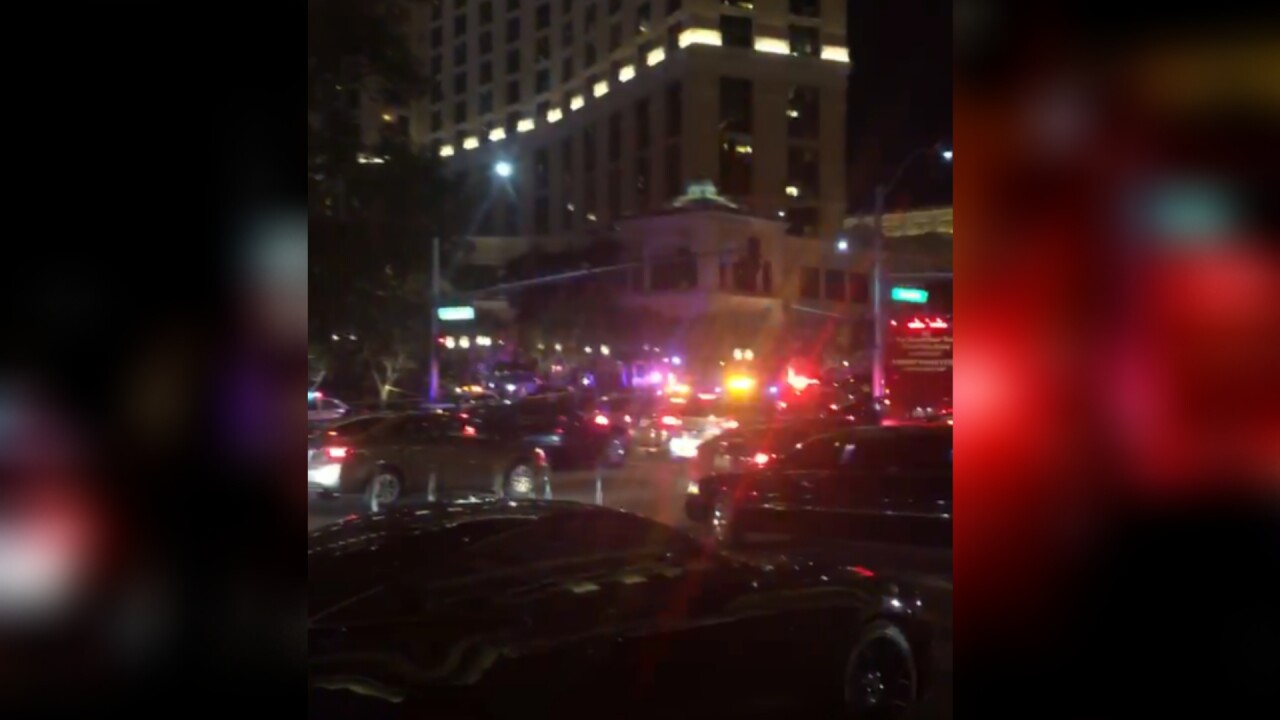 The robbery in 2017 happened on Nov. 28. The thief was wearing a hooded sweatshirt and blonde wig at the time of the robbery. He also had some sort of covering on his face.

Actor James Woods was gambling in the hotel-casino at the time.

UPDATE 5:20 A.M. MARCH 18: Investigators are trying to determine if the suspect who died on Saturday is the same thief that robbed the Bellagio's poker cage back in November 2017 and got away.

Undersheriff Kevin McMahill told ABC News that there was already a heavy police presence at the hotel-casino at the time of the robbery. Police officers were there because of a report of a missing 12-year-old girl. McMahill said the girl came to Las Vegas with her parents but was lured away from her parents by an adult male.

Police were at the hotel-casino to arrest the man and were reviewing surveillance video when they saw the robbery taking place.

UPDATE MARCH 17: The officer involved in the shooting has been identified as 29-year-old Joaquin Escobar. Officer Escobar is assigned to the Convention Area Command, Tourist Safet Division. He has been employed by LVMPD since April 2017. He is currently on administrative leave per department policy.

UPDATE 2 P.M. MARCH 16: The Las Vegas Metropolitan Police Department has confirmed that the Bellagio robbery suspect has died. The Clark County coroner will identify the deceased after relatives have been notified. No other information is available at this time.

This is the 4th shooting so far this year involving a Las Vegas police officer. Per LVMPD policy, the identify of the officers involved in the shooting will be released after 48 hours.

UPDATE 1 A.M. MARCH 16: Police say that a Las Vegas police officer and a robbery suspect were both shot tonight during an incident at the Bellagio hotel-casino on the Las Vegas Strip.

According to Capt. Nichole Splinter, a person with a gun approached a casino cage in the poker area around 9:45 p.m. The alleged thief then fled out the north doors of the casino and attempted to carjack someone who had just pulled into the hotel-casino.

The suspect was unsuccessful and was confronted by four police officers. The suspect fired at the officers, hitting one of them in the chest area. Another officer returned fire, hitting the suspect.

The police officer and suspect were transported to a local hospital. The officer, who was wearing a bullet proof vest, was treated and released. The suspect is in critical condition.

The police department will hold another briefing in 72 hours.

This isn't the first time that someone has attempted to rob the Bellagio.

One of the most famous heists happened in December 2010. Anthony Carleo, who called himself the "biker bandit," robbed both the Bellagio and Suncoast casinos. Carleo took approximately $1.5 million in casino chips at gunpoint from a craps tables in the casino's pit area. He then ran through the casino wearing a full-faced motorcycle helmet and escaped on a motorcycle. He was later sentenced to 9 years in prison.

Sebastian Gonzalez told police that he helped burglarize a store inside of the Bellagio-casino in March 2017 because people in Mexico threatened to hurt his family. The group of robbers wore masks during the robbery. Gonzalez wore a pig mask during the heist.

A man wearing a hooded sweatshirt and a blonde wig and armed with a gun robbed the hotel-casino in the middle of the afternoon on Nov. 28, 2017. Actor James Woods was gambling at the casino at the time.

The cage was also robbed in 2000. During that incident, 2 men in body armor jumped over the cashier cage counter and stole about $160,000 in cash and chips.

Authorities were called to the property located at the corner of Las Vegas Boulevard and Flamingo Road at around 10 p.m.

LVMPD said it was able to take a suspect into custody after a shooting took place at the hotel-casino.

Further details were not released from the scene.

A media briefing explaining the situation is scheduled to take place during the overnight hours, according to Vegas police.