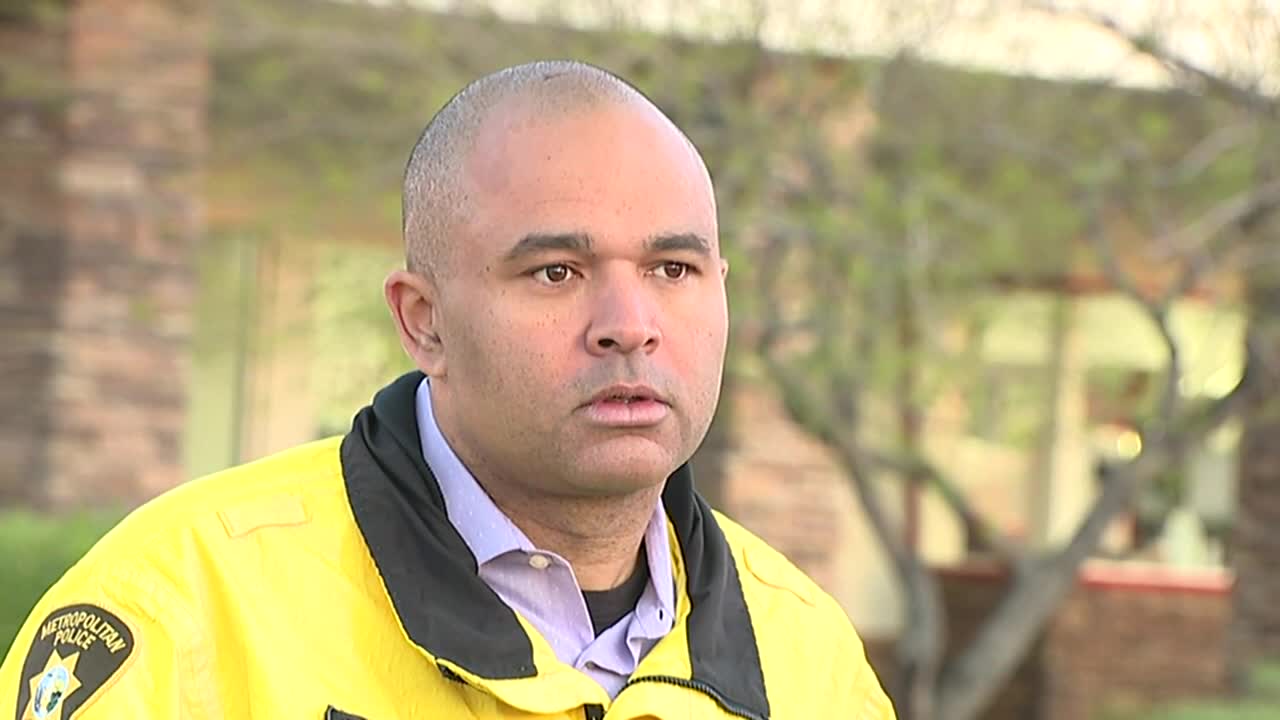 Police say three men got into an argument around 2 a.m. inside an In-N-Out Burger parking lot on Tropicana Avenue and Tee Pee Lane, near Fort Apache Road.

Two men were walking and the third was having dinner in the parking lot with a woman, police say.

Officers are looking into if one man was acting in self defense, saying one of the men walking started shooting and the man eating returned fire.

It appears there is no connection between the 3 men at this time, authorities say. One of the men who was walking is dead.

Police also say there is a gun store nearby that appears to have been tampered with, a possible attempted robbery incident. They are unsure if the gun store is connected to the shooting at this time.

The shooting remains under investigation.

Map of the area: