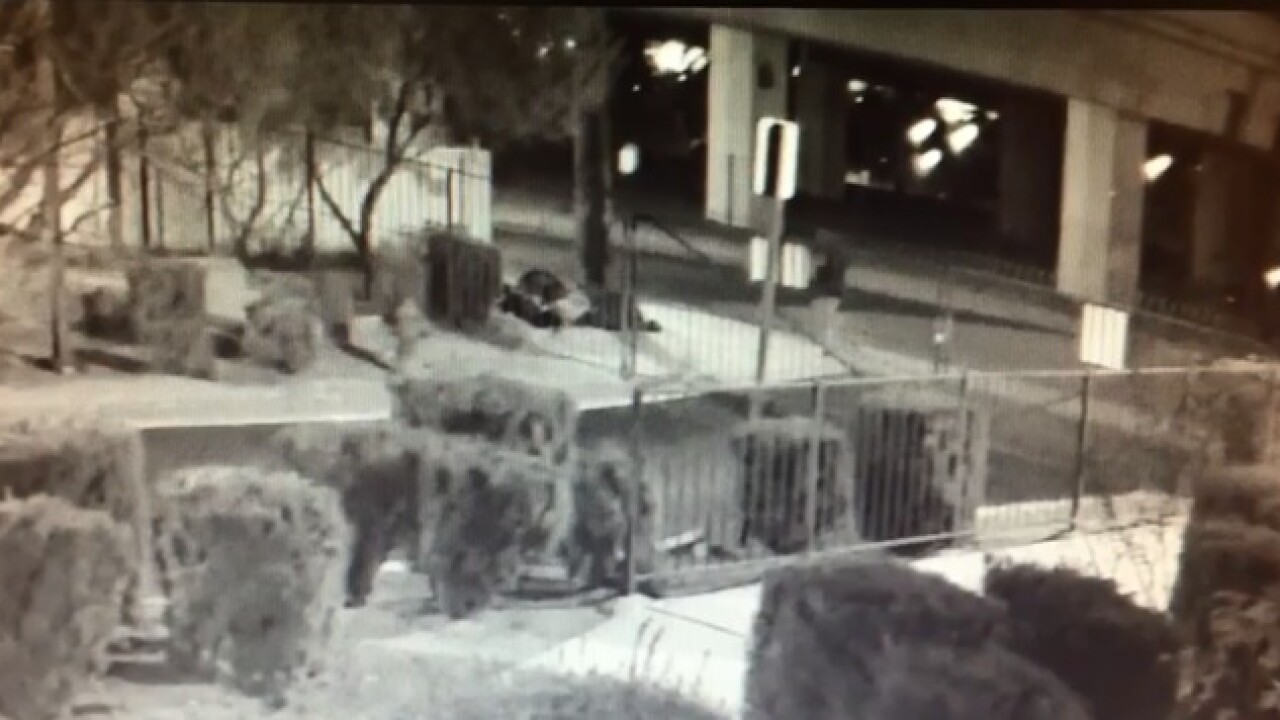 UPDATE FEB. 5: The man was identified as 64-year-old James Edgar Lewis. He died of gunshot wounds to the head.

An unresponsive homeless man was found under the bridge near U.S. Highway 95 and 14th Street around 10 a.m. Feb. 2. When Las Vegas police arrived at the scene, they found out that the man had been shot. He was pronounced dead at the scene.

An investigation revealed that the victim was sleeping under the bridge around 4:16 a.m. Surveillance footage captured a dark SUV driving up and parking next to the body. A man stepped outside the vehicle, walked up to the homeless man, and shot him. He then ran back to the SUV, and the vehicle drove away.

“We want him to know that somebody cared for him.”
Neighbors left flowers, candles where an elderly homeless man was shot while sleeping under the bridge (US 95/14th). @KTNV pic.twitter.com/xNrOPo4AVY

Police released the surveillance video in hopes that someone may recognize the shooter.

Police have not officially connected the crimes. However, police are pointing out that the homeless are the most vulnerable members of the community and are often targets of crime.

The Las Vegas Metropolitan Police Department is asking for members of the community that live near U.S. Highway 95 and 14th Street to look at their home surveillance video from the morning of Feb. 2 to see if they have footage of the shooter or his vehicle.

Anyone with information about this case should contact Las Vegas police at 702-828-3521. To remain anonymous, call Crime Stoppers at 702-385-5555. Tips leading directly to an arrest or indictment processed through Crime Stoppers may be eligible for a cash reward.