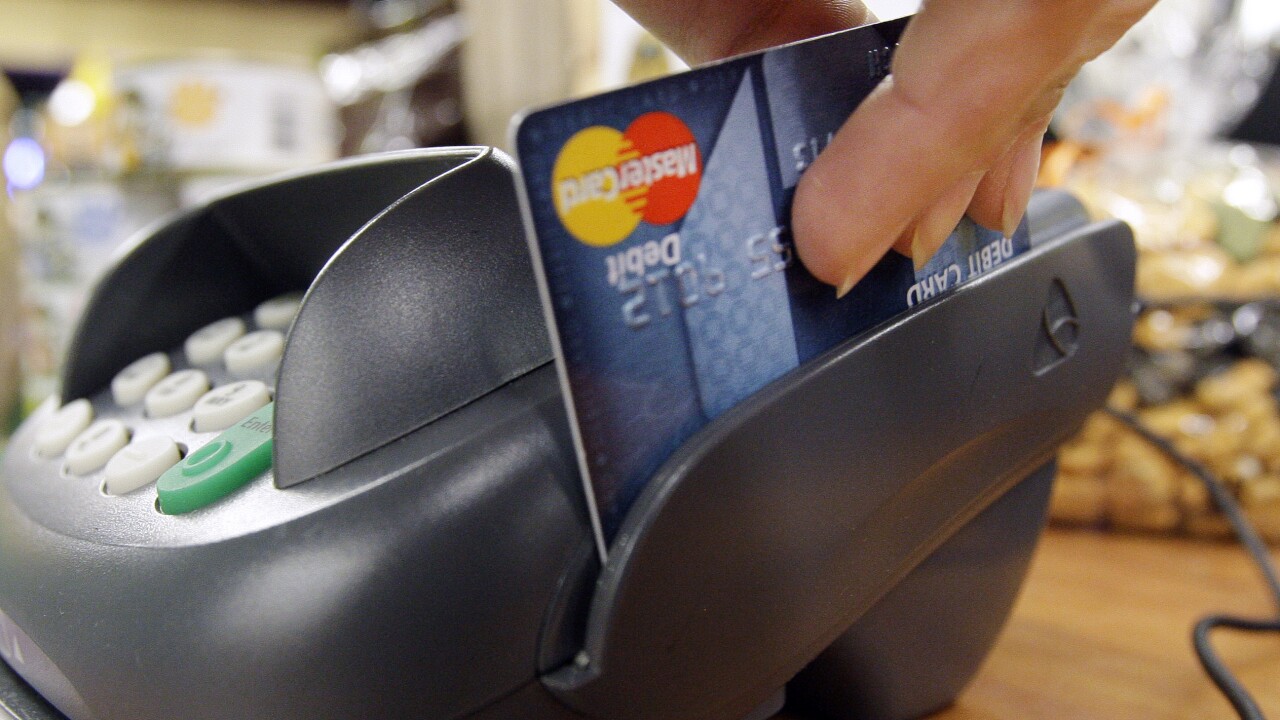 AP2009
Elaine Thompson/ASSOCIATED PRESS
FILE - In this Nov. 2, 2009 file photo, a customer swipes a MasterCard debit card through a machine while checking-out at a shop in Seattle. Congress may be poised to tighten restrictions on the fees that businesses pay when customers make debit card payments. It's part of a broader financial overhaul that could be a victory for merchants, and caused credit card company stocks to drop on Friday. (AP Photo/Elaine Thompson, file)

According to allegations in the indictment, from about June 2018 to about June 2020, the defendants and their co-conspirators placed skimmers at gas pump terminals that compromised at least 2,500 credit and debit card numbers. The defendants traveled to gas stations in and around Las Vegas and Reno, Nevada, as well as to various cities in Southern California, to install the skimmers. They subsequently recoded the stolen account information and other personal data onto counterfeit cards. Then the defendants made multiple ATM withdrawals and purchases using the stolen credit and debit card account information obtained from the skimmers.

An indictment merely alleges that crimes have been committed. Every defendant is presumed innocent unless and until proven guilty beyond a reasonable doubt in a court of law.

This case is the product of an investigation by the U.S. Secret Service and the LVMPD. Assistant U.S. Attorney Jamie Mickelson is prosecuting the case.

If you are a victim of identity theft, you may make a report to the Federal Trade Commission (FTC) by calling 1-877-438-4338 or online at www.identitytheft.gov. For identity theft prevention tips and free resources visit www.ftc.gov/idtheft.