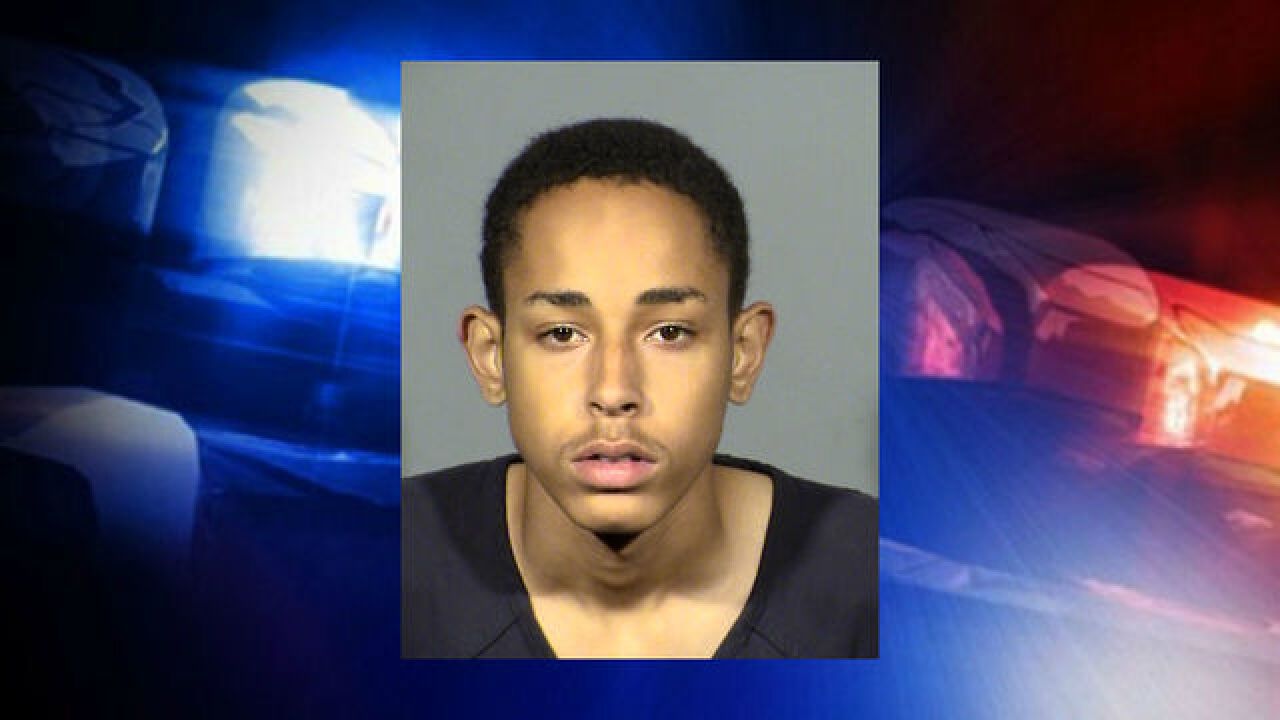 A 16-year-old boy has been arrested in the deadly shooting at Canyon Springs High School earlier this month.

RELATED: Community pleads for peace at vigil for teen killed at high school

According to North Las Vegas police, 16-year-old Sakai Kayin French was identified as the suspect in the Sept. 11 shooting through the efforts of the North Las Vegas Detective Bureau, with the assistance from the Clark County School District Police Department.

On Thursday, members of the Las Vegas FBI Criminal Apprehension Team located and arrested French in the 3900 block of Diamond Gem Court, near Alexander and Cimarron roads in Las Vegas, for the shooting death of 18-year-old Dalvin Brown.

According to French's arrest report, Brown was involved in a planned fight near the baseball fields at Canyon Springs High School when the shooting occurred. One of the teens involved in the fight initially denied knowing who the shooter was before changing his story, leading police to French.

French is being charged as an adult and was booked for murder with a deadly weapon and possession of a dangerous weapon on school property at the Clark County Detention Center.

Anyone with further information in this homicide is urged to call the North Las Vegas Police Department at 702-633-9111 or, to remain anonymous, call Crime Stoppers at 702-385-5555.