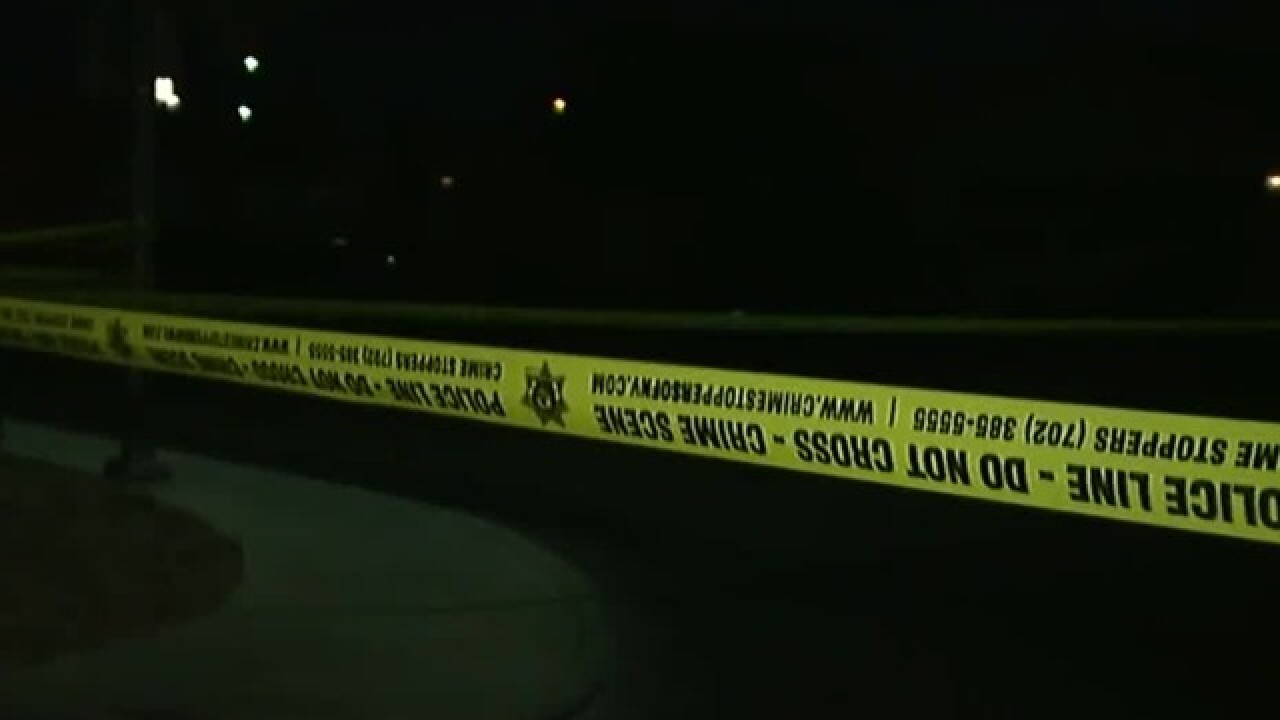 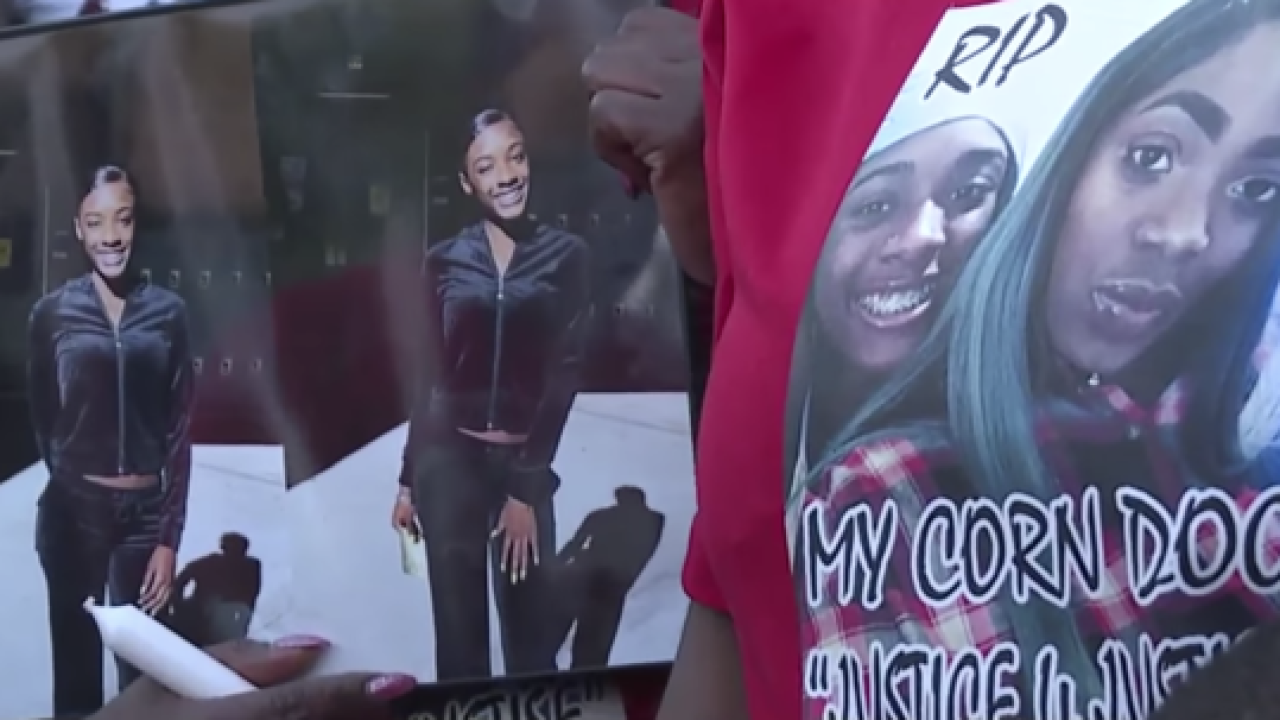 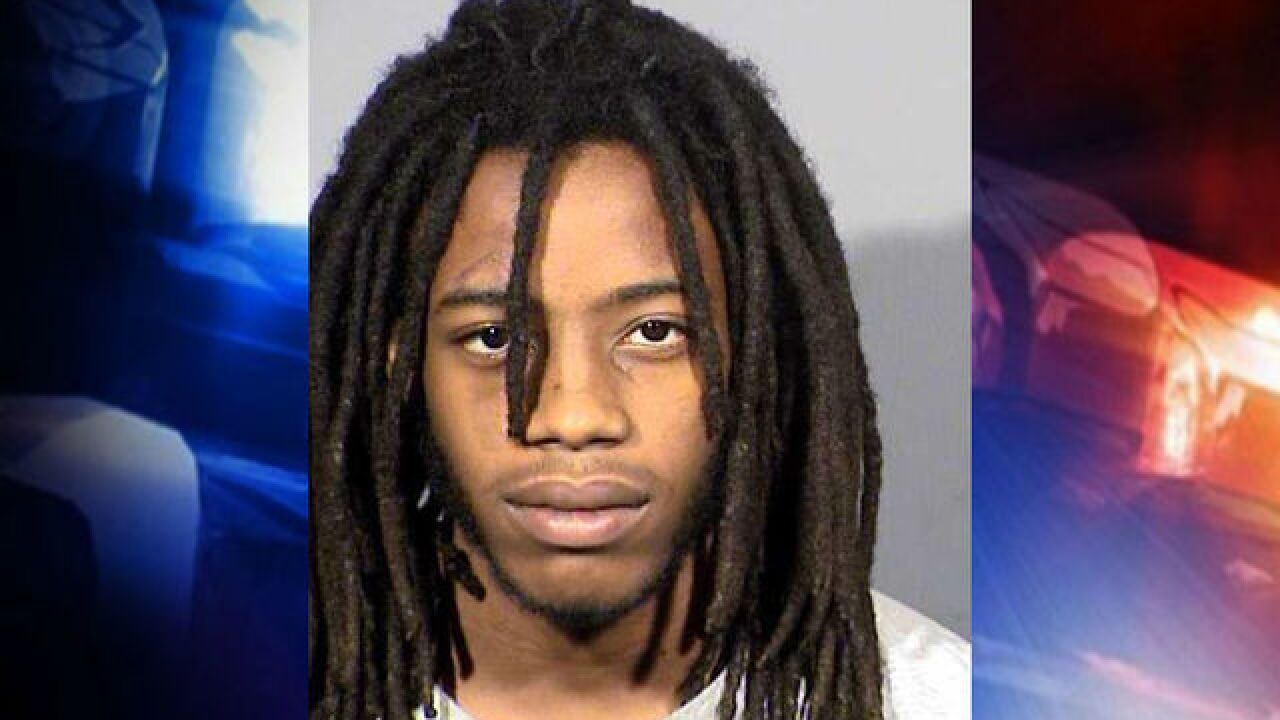 UPDATE JUNE 26: A man has been arrested in the deadly shooting of a 16-year-old girl in April.

According to Gibson's arrest report, members of the street gang "NTB" were celebrating a birthday party at a nearby McDonald's. During the party, NTB members were on Facebook Live communicating with members of a rival street gang known as "YNIC." Police said during the Facebook Live, Gibson displayed a handgun and asked for NTB's location.

The Facebook Live was then terminated and members of NTB left the restaurant and walked to a neighborhood just north of it. Police said while the gang members walked, Gibson was seen wearing a dark-colored hoodie shooting rounds from a handgun at the group when Allen and another person were struck by gunfire.

At least two witnesses identified Gibson as the shooter. In the weeks following the shooting, detectives determined through surveillance video that Gibson was at the crime scene.

After his arrest, Gibson told police that he was associated with the YNIC gang but denied involvement in the shooting and claimed he was not in the area when the shooting occurred.

UPDATE APRIL 30:  The Las Vegas Metropolitan Police Department spent hours at the scene of a fatal shooting near U.S. 95 and West Ann Road.

"It pains you to think your children could go out, be in the community and not feel safe," said Lt. Rick Given.

Police officers with the Northwest Area Command tried to restore a sense of safety to the community.

"We want to let this community know that we're here," said Lt. Given.

"When I think about it, I start shaking," said Sheryl Phillipson, "...I've never had anybody die in front of me."

Phillipson and her son were on the phone with 911 moments after the shooting.  They tried to save the victim's life.

"He wasn't feeling her heartbeat, that's when they had him start doing chest compressions," she said.

The 16-year-old did not survive.

"You heard that man wailing for his daughter, clear across Ann," said Phillipson.

UPDATE APRIL 28: Family members have identified the 16-year-old killed during a shooting on northwest Las Vegas. Parents of the victim, Justise Allen, are asking people to help find her killer.

Friday, police say a vehicle approached a group of teens on the northwest side of the valley. Someone got out and opened fire, killing Allen and injuring another. Police have not identified any suspects, and they believe the crime is possibly gang-related.

Saturday, Allen's family and friends held a vigil on Dramatic Way and Ann Road where the shooting happened.

Justin Allen, Justise's father, fought back tears. "It hurts. I can't even explain. It's new to me."

Elaine Turner is Justise's aunt. "We don't know who did it. We don't what it's for."

Justise's loved ones say they will never forget the young teen whose smile lit up the room.

"She was a sweet girl. She was the life of the party," says Turner.

It's a smile everyone who knew Justise will always love and remember.

"When I saw her dead at the coroner's office, she was smiling like she was at peace, like she wasn't hurting," says Justin.

ORIGINAL STORY: Las Vegas police say they found a female who had been shot to death in the 7100 block of Dramatic Way near U.S. 95 and West Ann Road shortly before 10 p.m. April 27.

A man was also found shot and was transported to the hospital in unknown condition.

Police say that a younger teenage girl and a 19-year-old teenager were walking away from a McDonald's in the area with other people when a car drove by and someone opened fire.

Homicide detectives are investigating. At this time, no one has been arrested.