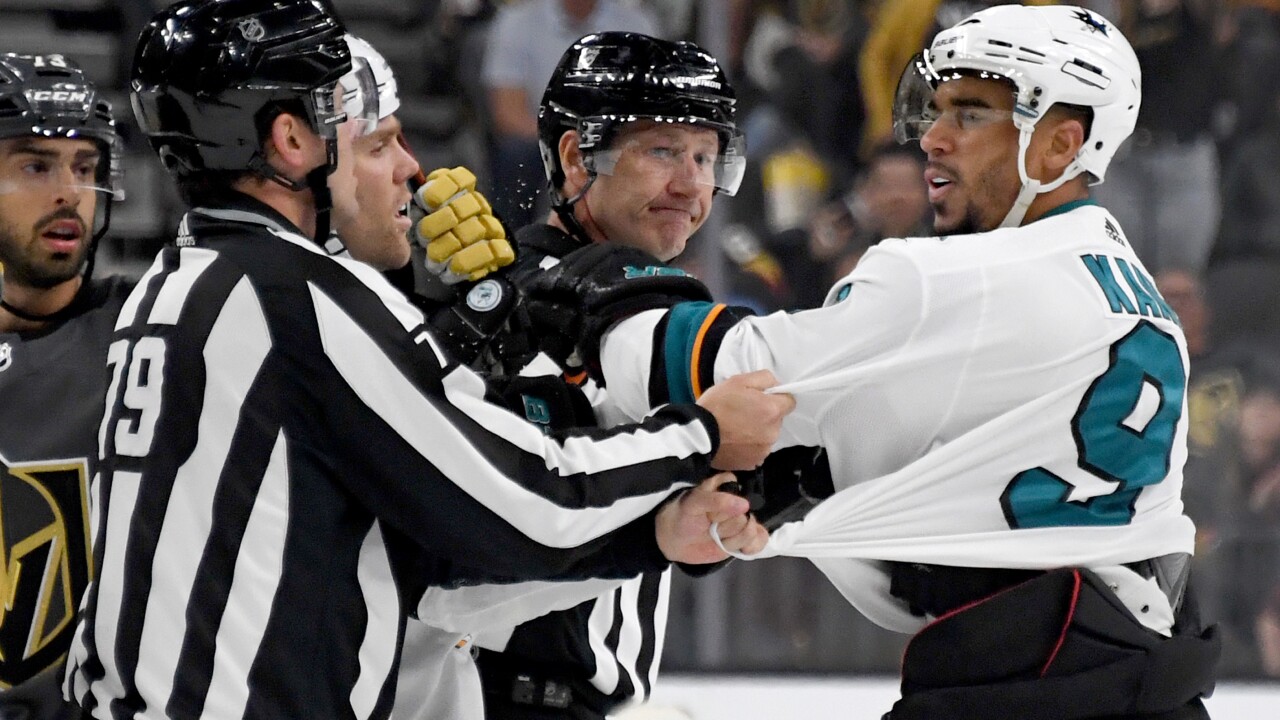 The casino filed a lawsuit on Monday claiming Kane borrowed $500,000 in gambling markers back in April and has yet to pay the money back.

The documents allege he took out eight credits:

The Cosmopolitan is also seeking attorney's fees, costs, interest and damages in excess of $15,000.

Kane has a rocky history with Las Vegas. Vegas Golden Knights' Ryan Reaves and Kane have had a long standing rivalry.

In October, Reaves called Kane "weak" for "being taken down by a ref" in response to questions about Kane's 3-game suspension.

#VegasBorn: @reavo7five responds to @evanderkane_9’s 3-game suspension. “He’s weak, he gets taken down by a ref.” https://t.co/I108ZYH6LJ

The next Vegas Golden Knights game against the Sharks is Nov. 21 at T-Mobile Arena.