A mural of Las Vegas Mayor Carolyn Goodman and her husband Oscar has been restored. 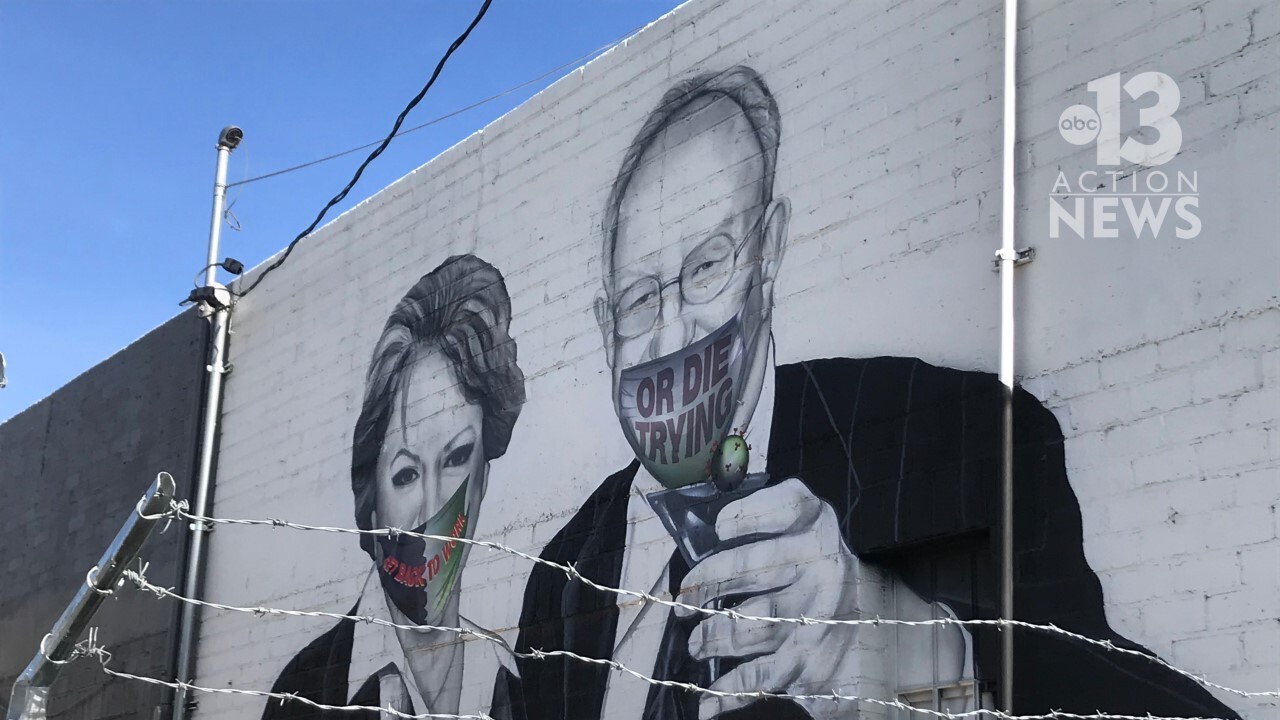 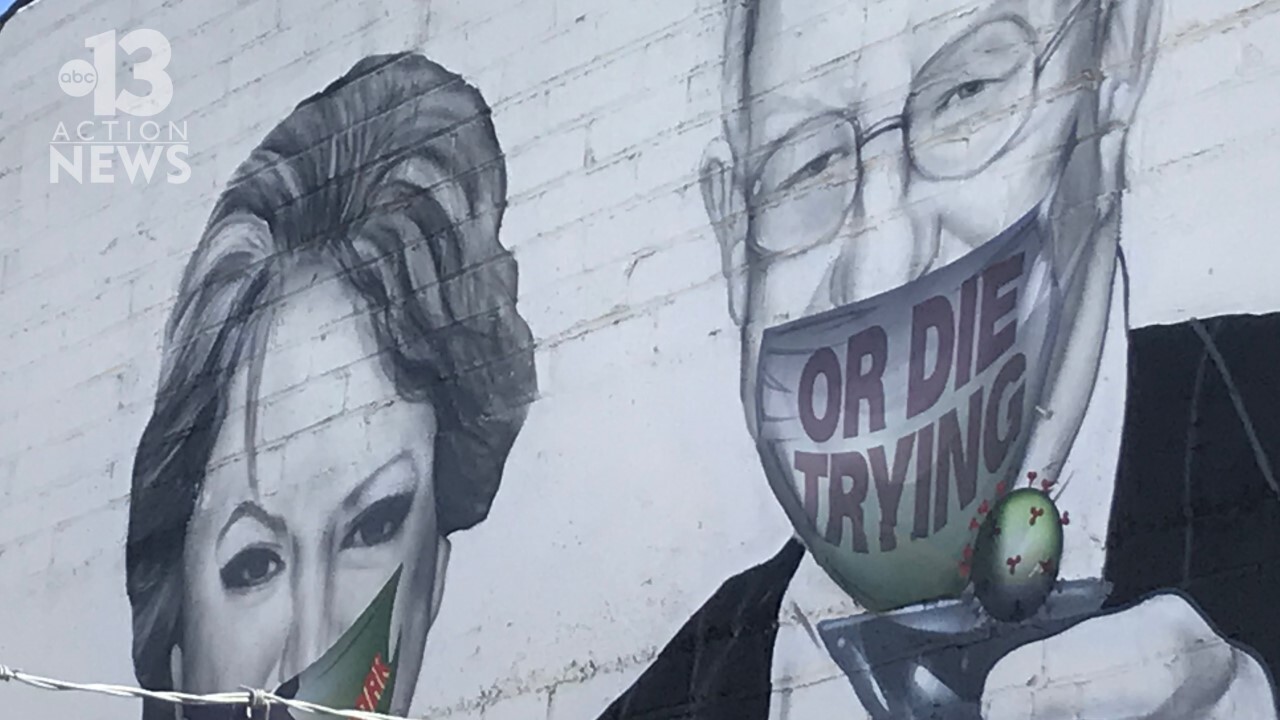 UPDATE MAY 19: A mural of Las Vegas Mayor Carolyn Goodman and her husband Oscar has been restored.

The mural located in the Arts District had been changed to the Goodmans wearing face masks.

ORIGINAL STORY
LAS VEGAS (KTNV) -- Clifford Morris describes himself as a commercial artist, not a political one.

So when a painting of his in downtown Las Vegas from 2018 suddenly became political overnight, Cliff says he was not on board.

"As an artist, this is not my style of art," he said of the altered mural, once a tribute to the Goodmans, on the south wall of Majestic Repertory Theater.

Sometime on Friday night, someone made a change to the original piece, adding masks that read "GET BACK TO WORK" on Mayor Carolyn Goodman's face and "OR DIE TRYING" over her husband's. They also gave the former mayor a coronvirus olive for his martini.

The artistic director of the theater where the mural is located, Troy Heard, says he wants to leave it up.

"I came out and checked the material. It's stickers. It's not doing any damage to the original mural," said Heard, pointing out that the vinyl attachments were already starting to peel away from the wall on their own.

"It's a message," he added. "We're here in the Arts District and art's provocative. Art isn't just pretty, art wants to get you out of your seat and active, and this certainly has gotten some people up and active on both sides."

SIMILAR: No that's not another neon sign on Fremont Street, it's a new graffiti mural

But even if the changes are temporary, Cliff says the newly-added masks change the original message of his piece and he would like to see them removed. He did not specify if he asked for them to be taken down.

"I understand it's a political statement but at the same time, vandalism is vandalism," said Cliff.

"I don't know the [new] intent," he said before adding, "I'm pretty sure it's based on how people feel -- against or for -- reopening the city."

Mayor Goodman has been an outspoken critic of Gov. Steve Sisolak's decision to shutdown nonessential businesses during the pandemic.

A decision that has impacted Majestic Repertory Theater greatly.

"We're a theater. We're not going to be phased in until the very end of this whole thing, and we have to make ends meet," said Heard. "We've started doing a thing called drive-thru theater."

He describes drive-thru theater as "curbside retail with a twist" and says Majestic Repertory Theater puts on shows in the back alley. It was after they wrapped up a performance on Friday night that Heard says they first noticed the mural had been tampered with.

Many Las Vegas businesses are adapting to the directive to close, or partially close, their establishments, just as as Majestic did. But the change is certainly not easy and the city remains divided on the issue.

Cliff believes we should be doing the best we can to connect with each other and doesn't think the new version of his mural accomplishes that goal.

"I think to be on the safe side," said Cliff, "to make it easy for people to be comfortable, [the best thing] is to remove it."