'WHEN IS TOO SOON TOO LATE???' Mayor Goodman tweets two-page statement calling for Nevada to reopen

In a two-page statement posted to Twitter, Las Vegas Mayor Carolyn Goodman called for Nevada to reopen, saying the "utter poverty is every bit as real as the virus." Jeremy Chen reports. 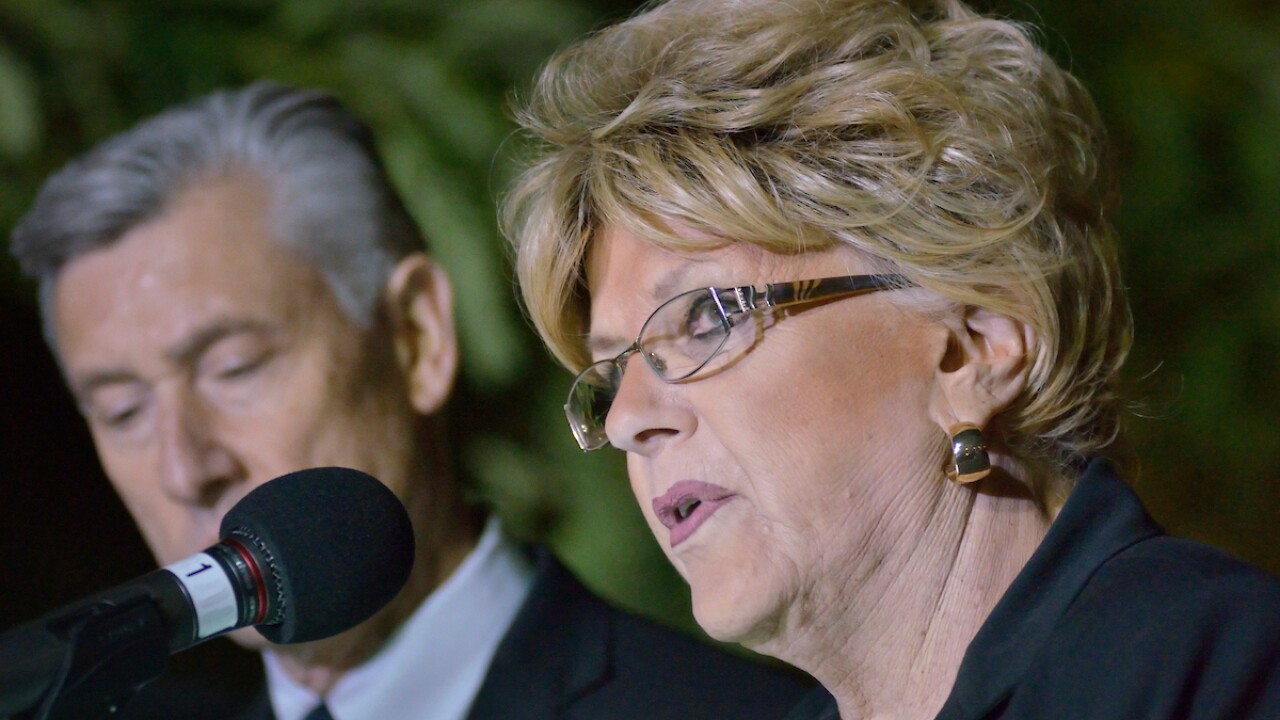 LAS VEGAS (KTNV) — In a two-page statement posted to Twitter, Las Vegas Mayor Carolyn Goodman called for Nevada to reopen, saying the "utter poverty is every bit as real as the virus."

"WHEN IS TOO SOON TOO LATE???" she wrote in capital letters.

Goodman has been a strong opponent of Gov. Steve Sisolak's decision to close all nonessential businesses in the state, going as far as offering the city as a "control group" during an interview with Anderson Cooper on CNN.

Alternating between regular text and all-caps, presumably for emphasis, Goodman wrote in part:

Throughout this crisis, my goal has been and will continue to be, STANDING UP AND BEING A VOICE FOR THE WORKING PEOPLE AND SMALL BUSINESSES OF THIS GREAT COMMUNITY WHO ARE SUFFERING. Based on thousands of calls and emails to my office these past weeks, the fear of imminent, utter poverty is every bit as real as the fear of the virus.

In her statement, she went on to highlight the unemployment crisis and the state's slow response to the sudden influx of people reaching out for help.

Read her full remarks below:

Mayor Goodman played clips of residents thanking her for being outspoken on reopening.

However, Councilman Cedric Crear, speaking remotely at the meeting countered the mayor’s point.

“As much as you saw the people in that video, I think there’s thousands and thousands of other people that would say hey, we need to be more responsible in our approach towards this,” he said.

Crear praised the governor’s response saying he has done a “yeoman’s job”, and stressed consideration of health and safety in any discussion of reopening.

“We’re all here with you and you’re no here alone. We understand and we’re doing our best to manage this process like everybody,” he said.

“We are giving mutual consent for this overreaching government that is basically quashing the middle class. Why is Target open and yet the smaller businesses are not open,” Rosalie Bingham said.

They disagree with the governor’s stay at home directive saying businesses are suffering.

“I would have done what Sweden and South Dakota did and just have recommendations that they kept it open but strategically do things different and advise people to stay home,” Bingham said.

Councilman Crear acknowledged the economic anxiety saying his own businesses have been struggling.

However, he called for the economy to be reopened responsibly with health and safety as a priority.

“We’re still getting people who are contracting the virus every day. There are still people dying every day,” Crear said.

Crear said he understands the frustrations over the lack of a specific reopening date. He says the pandemic will dictate any reopening.

DETR has been overrun and overwhelmed by the record number of people filing claims, and 13 Action News has received countless calls from people who claim they cannot get through to the department for help.

Last month, the former director of DETR stepped down from her role and Heather Korbulic become the interim director.

Gov. Sisolak has maintained that he is working diligently to reopen the state, but is following the guidance of health experts so that Nevada reopens "responsibly."

"Our ability to enter the next phase and any subsequent phase of reopening will be determined by the continued commitment of Nevadans to follow aggressive social distancing guidance and requirements," Gov. Sisolak said during an April 30 press conference, saying there is a long road ahead with challenges but everyone is "Nevada United."