No that's not another neon sign on Fremont Street, it's a new graffiti mural 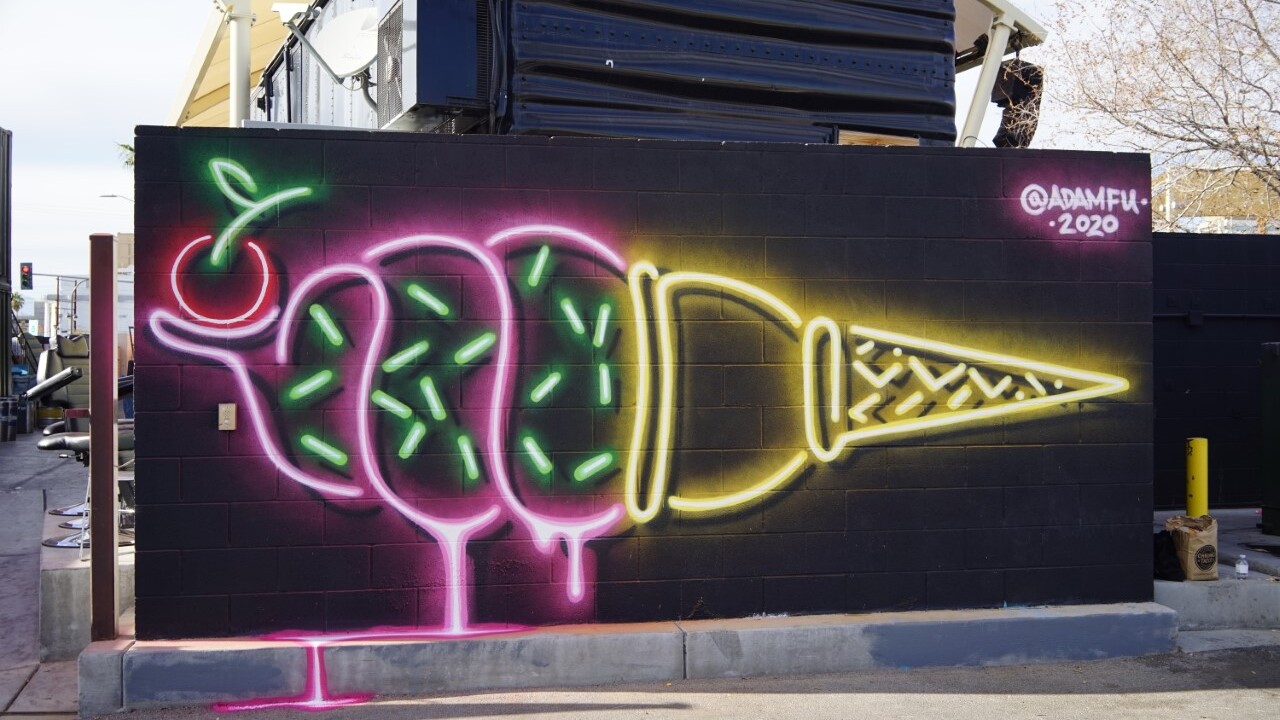 LAS VEGAS (KTNV) — Las Vegas is certainly no stranger to neon lights, but this is not something you see every day.

A recently-added graffiti mural to the downtown area depicts a drippy ice cream cone against a black background.

At first glance, it's easy to think you're looking at another neon sign on Fremont Street.

Even with the drips trailing off the wall and onto the curb, it takes a moment to realize the glow is just an illusion.

The artist behind the mural, Adam Fujita, is from Brooklyn, New York.

Fujita says his neon style work "has been an exploration of protest and resistance."

According to his website, Fujita was inspired after the 2016 election to use the neon as a metaphor for "keeping the lights on," calling the Trump administration "volatile and dangerous."

You can check out the new Las Vegas mural at Container Park on Fremont Street near Las Vegas Boulevard.

To see more of Fujita's work, visit AdamKFujita.com. His Instagram is @adamfu.