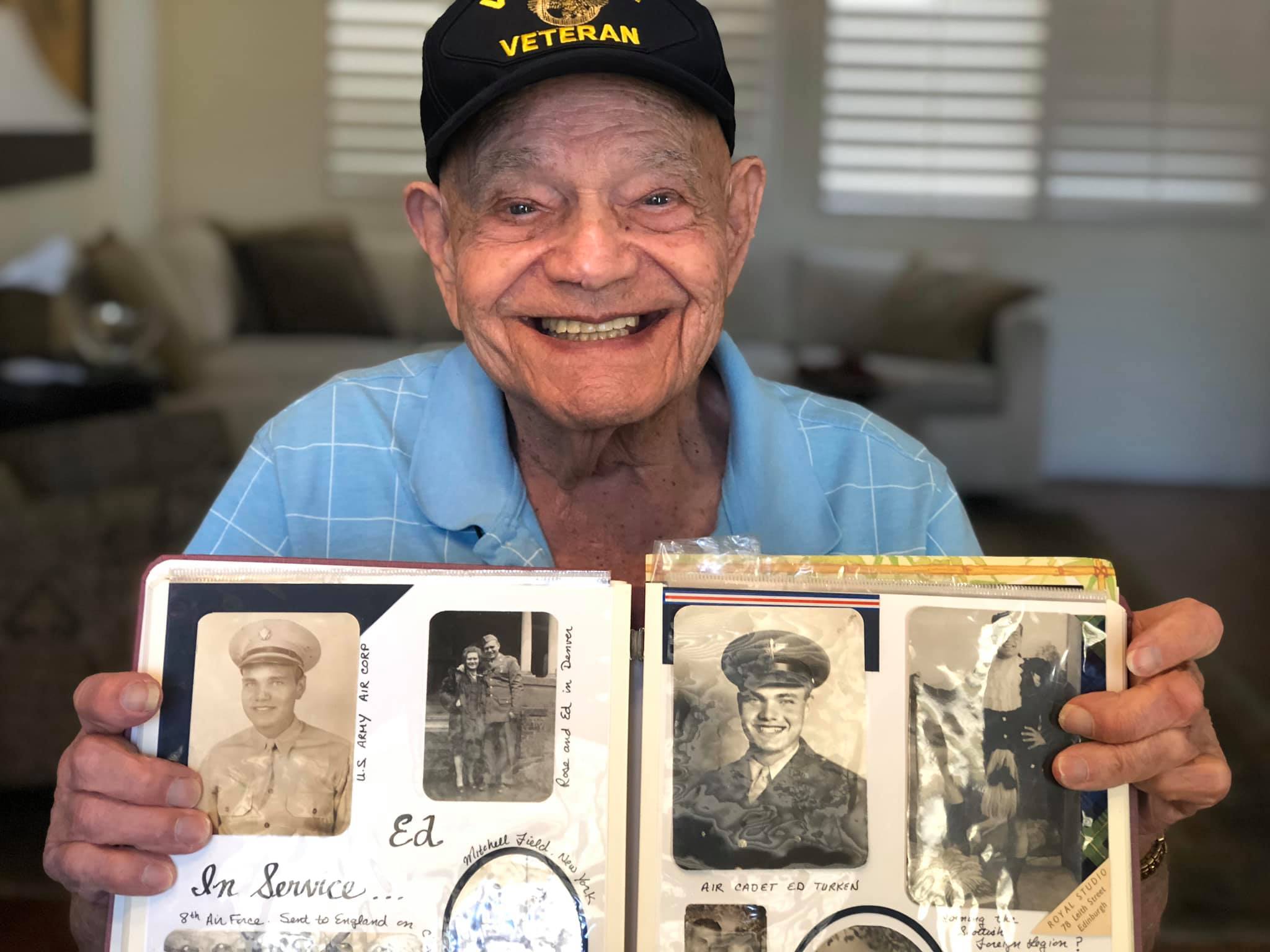 In a previous interview with the 96 year old, his infectious laugh was highlighted. Now, he's being remembered for his smile.

LAS VEGAS (KTNV) — In February, 96-year-old Ed Turken was featured on Veteran’s Voice. The story highlighted his infectious laugh and positive attitude as he talked about serving in World War II and the many social groups he was part of in Sun City.

Less than two months later, Turken was diagnosed with COVID-19. His son Jack said he was checked into Summerlin Hospital and fought the virus for three weeks before passing away this past weekend. Jack said he was able to see him one final time through a window before the hospital was closed to family.

“I got to go up to the ICU floor and I got to see him through the glass and he was eating, he was happy then and I gave him the I love you stuff,” he said, making a heart shape with his hand.

Todd, Ed’s other son, said he spoke to his father on the phone daily, and his dad would sing songs to him. He recently chose songs that struck a chord.

“One of of the songs was that old Bee Gees song, Stayin’ Alive, so that was wonderful. He also sung California Dreamin’ to me because I live in California and he knows I was dreaming of seeing him again and seeing him helping and happy as he is and was,” said Todd.

Todd said the last words he heard his father say were ‘thank you’ as he thanked a nurse for holding the phone for him while he talked, which speaks volumes to his kind personality.

Amber W., a nurse who helped care for him in Summerlin, said Ed stands out as a patient she remembers.

“Anybody who walked by, he would wave, he would blow kisses... these are the kind of patients you hope for because they make the job easy,” she said.

Todd said another special moment came when a nurse helped Ed in the hospital, then Ed shared some powerful words.

Jack said they will not be doing a big service right now because of coronavirus concerns. He said he’ll be there alone for the graveside burial, then family and friends will come together once it’s safe for a big party, just like Ed would have wanted.