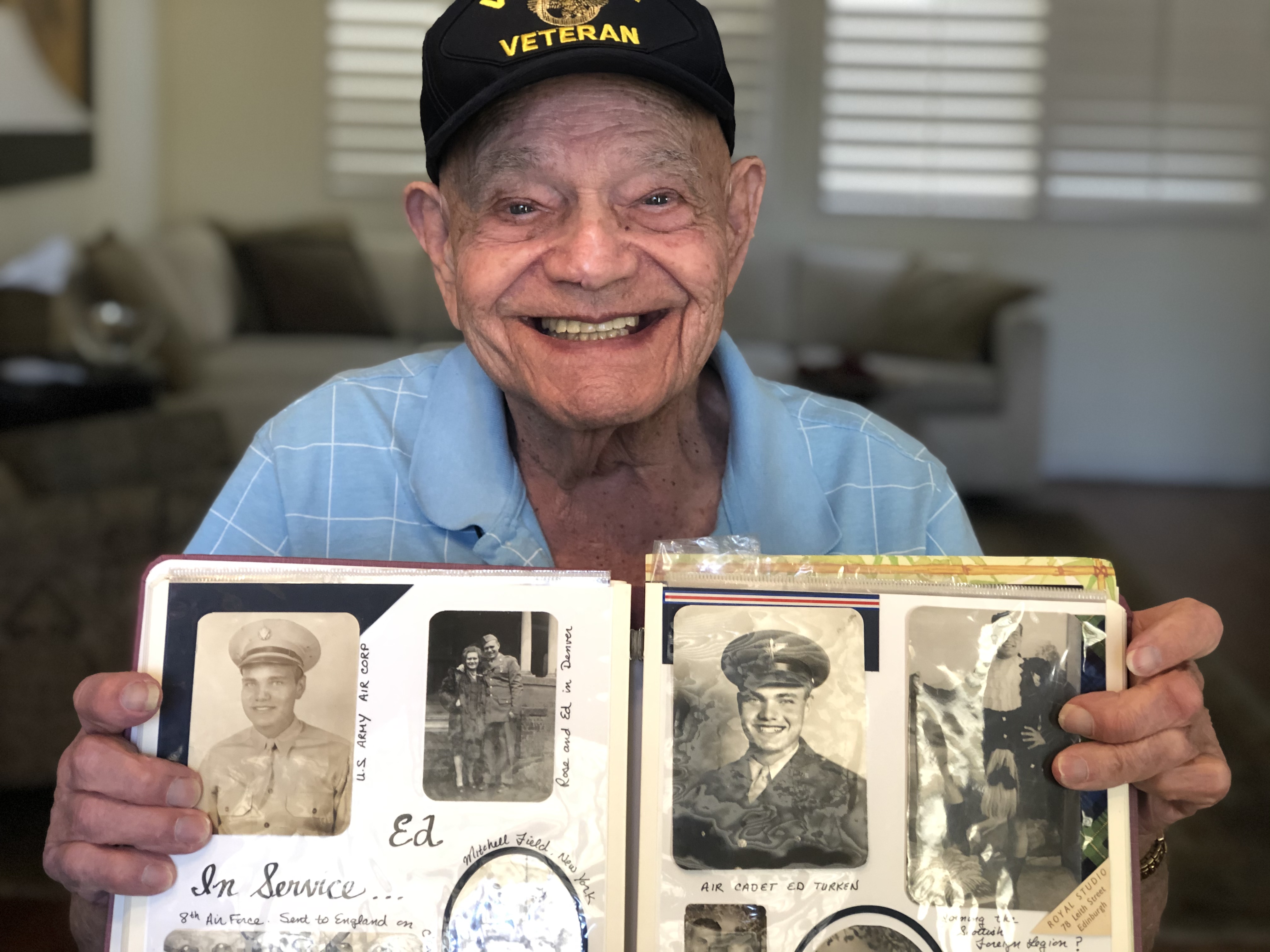 Ed Turken spreads his contagious laugh to everyone he meets.

LAS VEGAS (KTNV) — Ed Turken is a World War II and it's impossible to keep a straight face when he laughs. The 96-year-old joined the Army Air Corps from 1943 to 1946 and spent most of his time in England during the war, flying seven missions, which were mostly over Norway.

The Sun City resident stays active and social, filling many roles in local groups, like president of the Jewish Friendship Club, president of the Men's Club and more. He said staying busy is key for living a long and happy life.

"Sitting still to me is a downer. I mean you’re wasting time, how much time have you got?" said Turken.