Sources say Henderson Police officer Todd Rasmussen was charged with Driving Under the Influence after he crashed his personal car into a light pole.

Rasmussen was an officer with the Henderson Police Department's background check unit and has been on paid administrative leave since May 18. 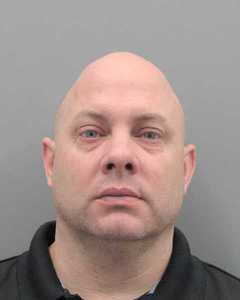 He was also charged with failing to maintain his lane. Both that and the DUI charge are misdemeanors.

Rasmussen, who was once the department's spokesperson, criminal arraignment is scheduled for June 18.