Save thousands on groceries without a card or an app

Food finds including produce at the 99 Cents store

The 99 Cents Only store has fresh produce also and you don't need a card or an app to save there.

Coupons, app, reward cards, who can keep up with them all? There's a simpler way to save money on groceries and it's the last place some shoppers think of going. It's the 99 Cents Only Store and some Las Vegas residents say they're saving big money there.

Debbi Bahr has been shopping at the 99 Cents Only Store on Fort Apache and Tropicana for 4 years. "They have things that are seasonal, and I love the produce. That's my favorite," Debbi told us. Along with finding quality products, Debbi says it's the prices that keep her coming back.

Store manager Shaista Rounaque confirmed that even before the store opens, people are lining up outside the door. "99.9 percent go straight to produce and deli. We have milk, eggs, you name it. We have everything."

"They have artichokes. When artichokes are in season, a beautiful artichoke for $1? Well they're $4 at any other store," Debbi added.

By shopping at 99 Cents Only, Debbi estimates she's saving $50-$75 every time she shops. But she admits that not every product is cheaper there and she still does some shopping at other stores.

With everything from canned goods to wine, you may be surprised at what you find, but the options can vary from week to week and from store to store.

Click on the image below to get a map of each location. 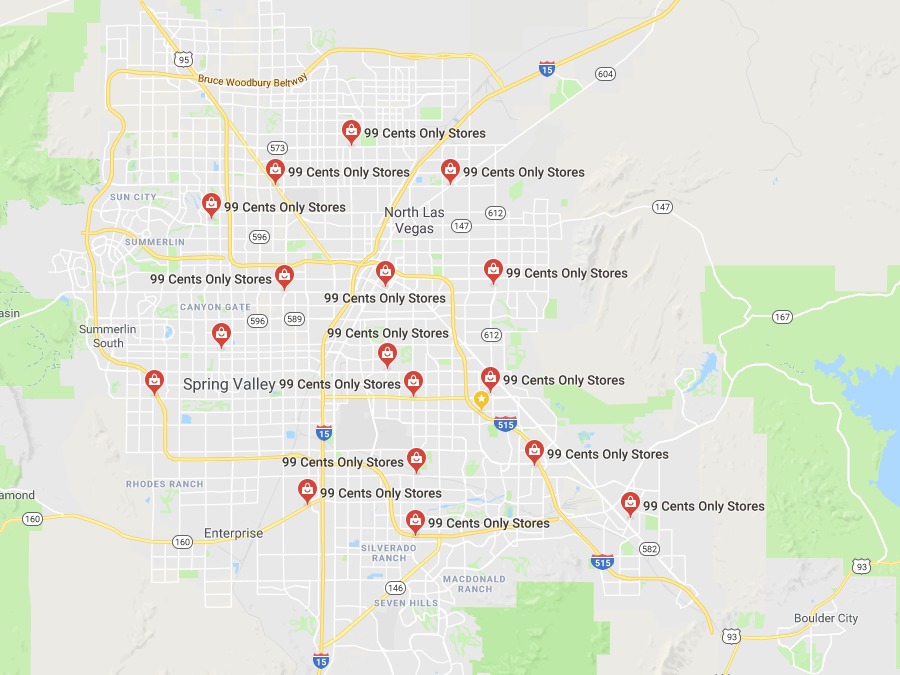