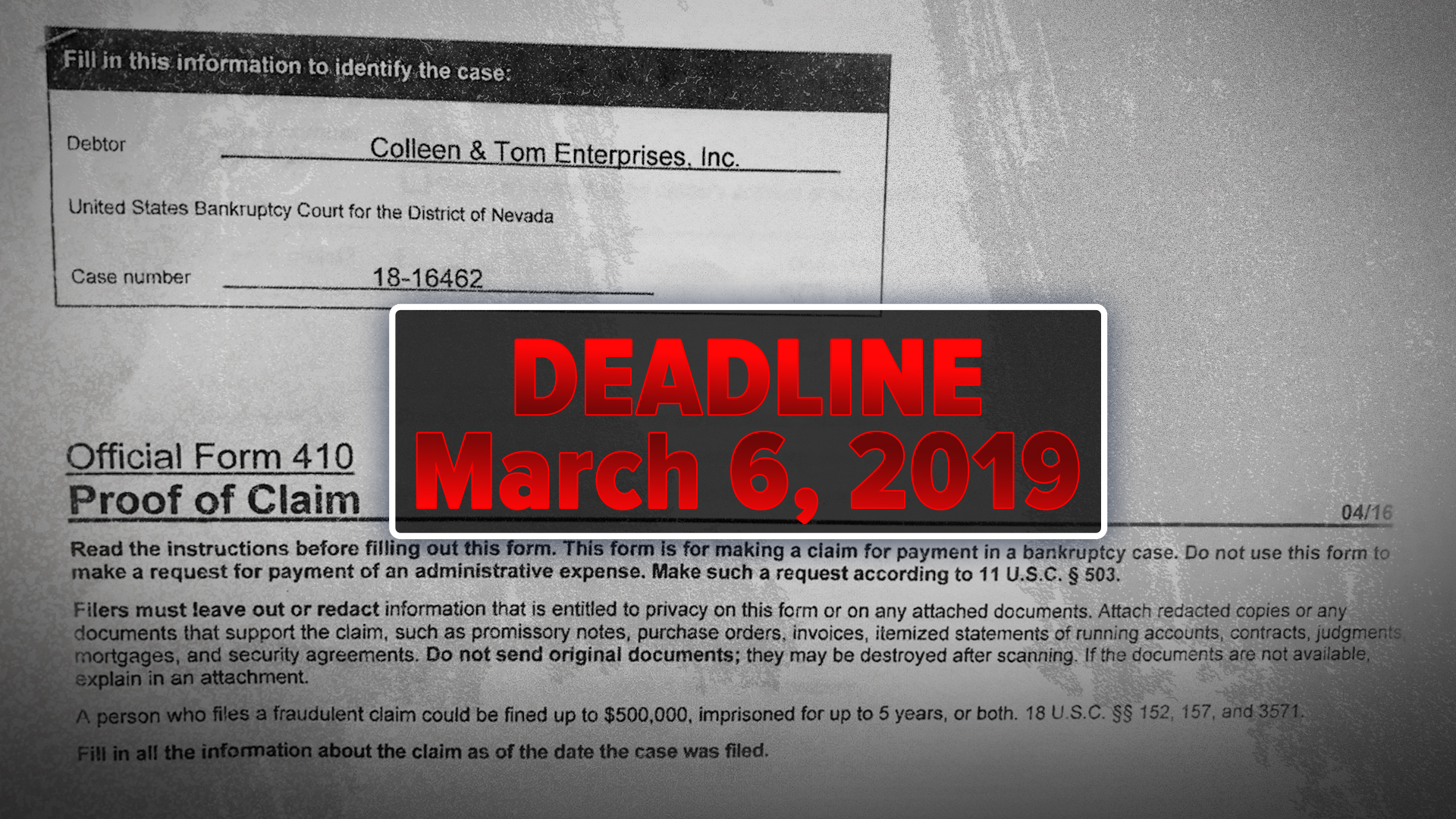 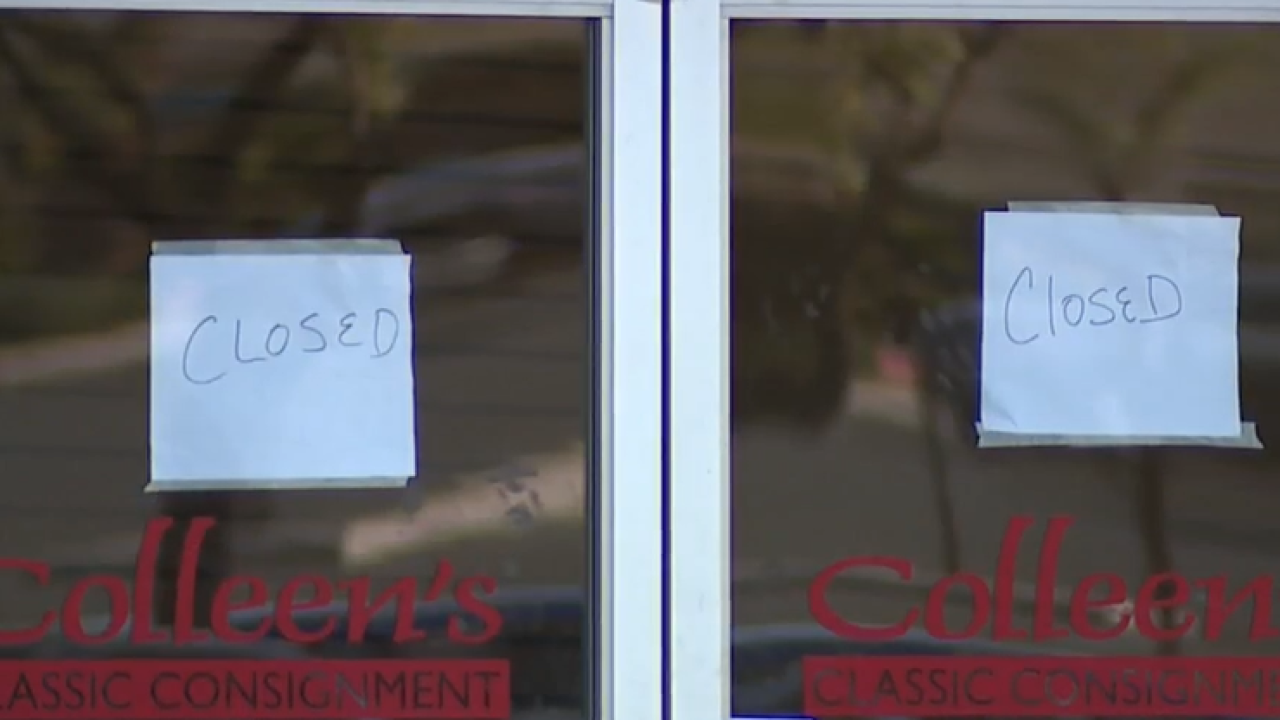 LAS VEGAS (KTNV) — Customers who entrusted furniture to Colleen’s Consignment Stores were outraged during a creditors meeting at the Foley Federal building on Thursday.

Twenty people in attendance were told they might not get their money back but must submit a proof of claim form that proves ownership of the furniture.

Colleen Aiken, the owner of Colleen's Consignment stores, along with her attorney James Leavitt answered questions of frustrated customers.

Everyone present questioned Aiken on why "she took people’s stuff” or "if she was already contemplating filing bankruptcy" when taking in furniture.

13 Action News was also in attendance, but cameras or cellphones were not allowed in the meeting.

Rocky Parks was devastated when he learned in what direction the case is moving - he runs a furniture staging business.

Parks said he did business with Aiken for nearly 25 years.

"To come out to my house with Colleen's trucks and pick up $18,000 worth of goods, and ten days later file for bankruptcy?" said Parks.

He also turned over his furniture ten days before the company closed.

Leavitt encouraged customers to get their attorney for the bankruptcy proceeding.

Colleen’s Consignment stores have declared bankruptcy. This means customers who haven’t received money or their furniture have to submit a proof of claim form BEFORE MARCH 6th. @KTNV pic.twitter.com/9e89zxu7Uz

During the meeting, Aiken claimed she informed some customers but also admitted she could have called more of them.

Tim Asher, another customer, told 13 Action News he never got a phone call.

"None of the consigners were notified or called, she said she tried calling us, I call that b[s], you know what," said Asher.

13 Action News tried talking to Aiken after the meeting, but she walked away and refused to answer any questions.

Aiken’s attorney did not give an answer on why furniture is not being returned to the owners but did talk about their plan.

Colleen’s Consignment stores won’t be returning items that were not sold. Furniture will be auctioned with the money then paying some of the consignees.

The deadline for the proof of claim form is March 6.

According to Leavitt, a website was set up for creditors (customers) to gain additional information about the case.