Clark County School District discussed both the positive and negatives of the school districts' performance over the past year.

The Clark County School District announced a lot of positive and a few negatives during its State of the School address on Wednesday morning.

One area of concern is third-grade reading levels in CCSD.

The address was given at Legacy High School. CCSD says that approximately 45 percent of its students are reading at third-grade reading level. The goal for the district was 80 percent.  Superintendent Pat Skorkowsky says he believes part of the issue is reading material that isn't up to date. "And so we've got to have quality materials. That's something that we really need to talk to the legislature about because it's that way in every county in the state," he says. 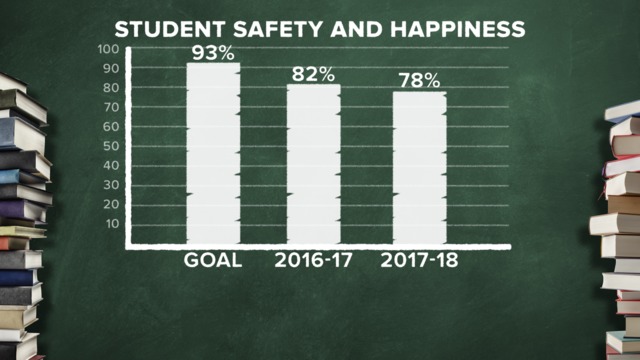 Another of the metrics CCSD was a goal for measuring whether students felt safe and happy in schools. The goal was 93%, but they fell slightly short with 82% feeling safe and happy. 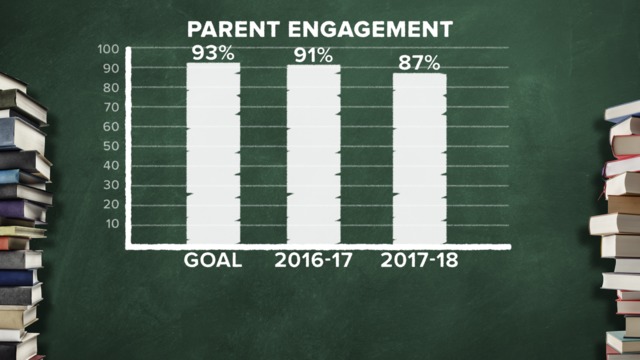 CCSD also asked parents whether they felt involved in their childrens' education.  91% did, which is around their goal of 93%.

The superintendent also addressed the issue of school safety, especially in light of the Parkland school shooting.  Skorkowsky, a former 1st grade teacher says he would never have wanted to carry a gun in the classroom.  But allowing guns on school grounds could still be allowed under Nevada law, with permission from administrators.

In a CCSD memo, the district addressed some of the potential issues raised by having armed teachers. Among the main concerns where what type of training would have to be required, and what type of additional insurance the district would need because of potential liability.

Other things highlighted during the address included graduation rates, which are at an all-time high.