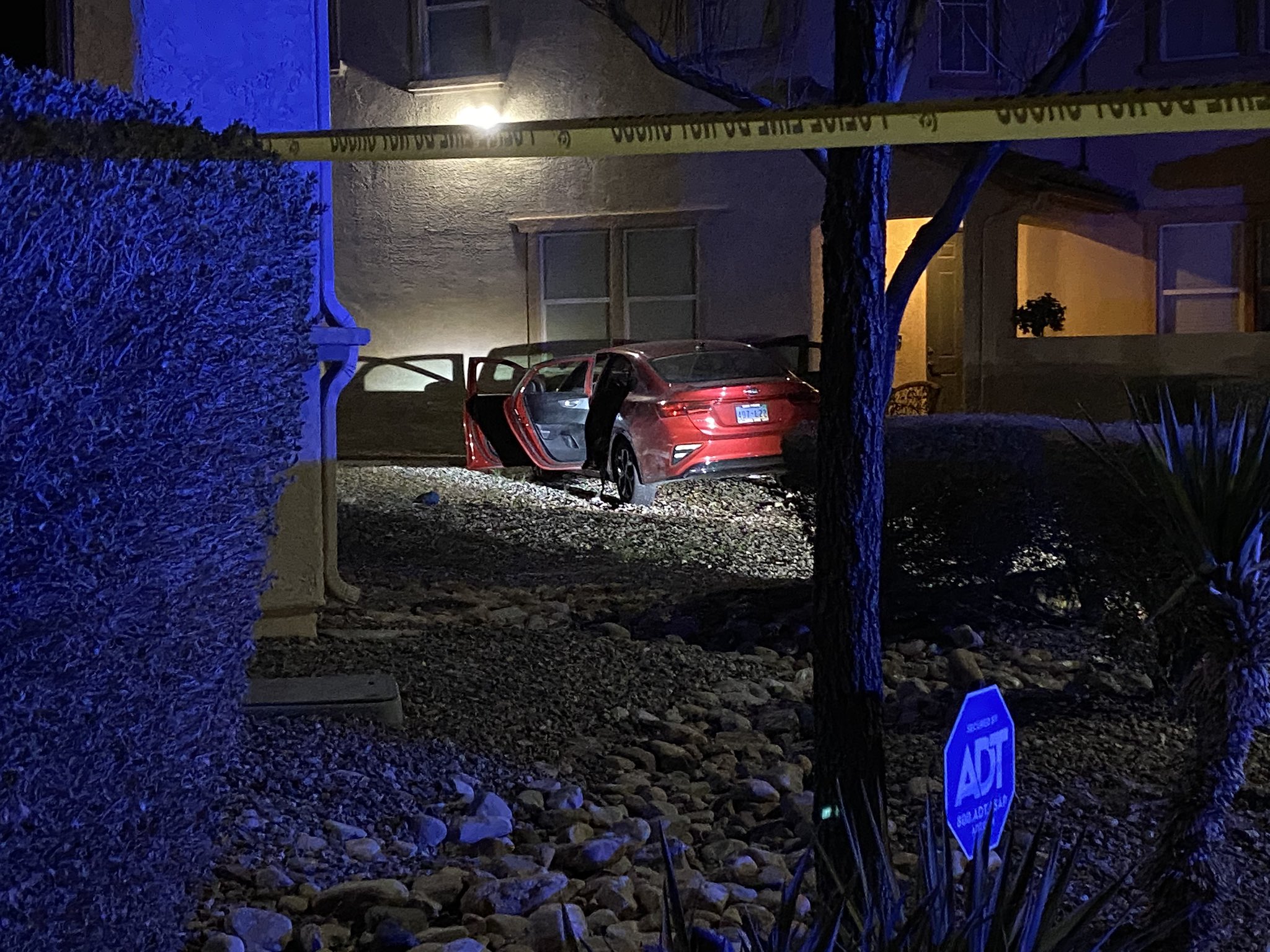 Police are investigating a car chase that ended when the driver crashed into a North Las Vegas home. Alicia Pattillo has the latest.

NORTH LAS VEGAS (KTNV) — Police are investigating a car chase that ended when the driver crashed into a North Las Vegas home.

The crash happened near Commerce Street and Tropical Parkway.

Police say the incident began after reports that a group of people were shooting from a car at another car while driving near Ann Road and Rio Vista Street.

Authorities say a chase heading eastbound ensued between the suspect car and NHP, leading to the crash.

There are reports that the suspect got out of the car and ran away. It is unclear at this time if they were caught.