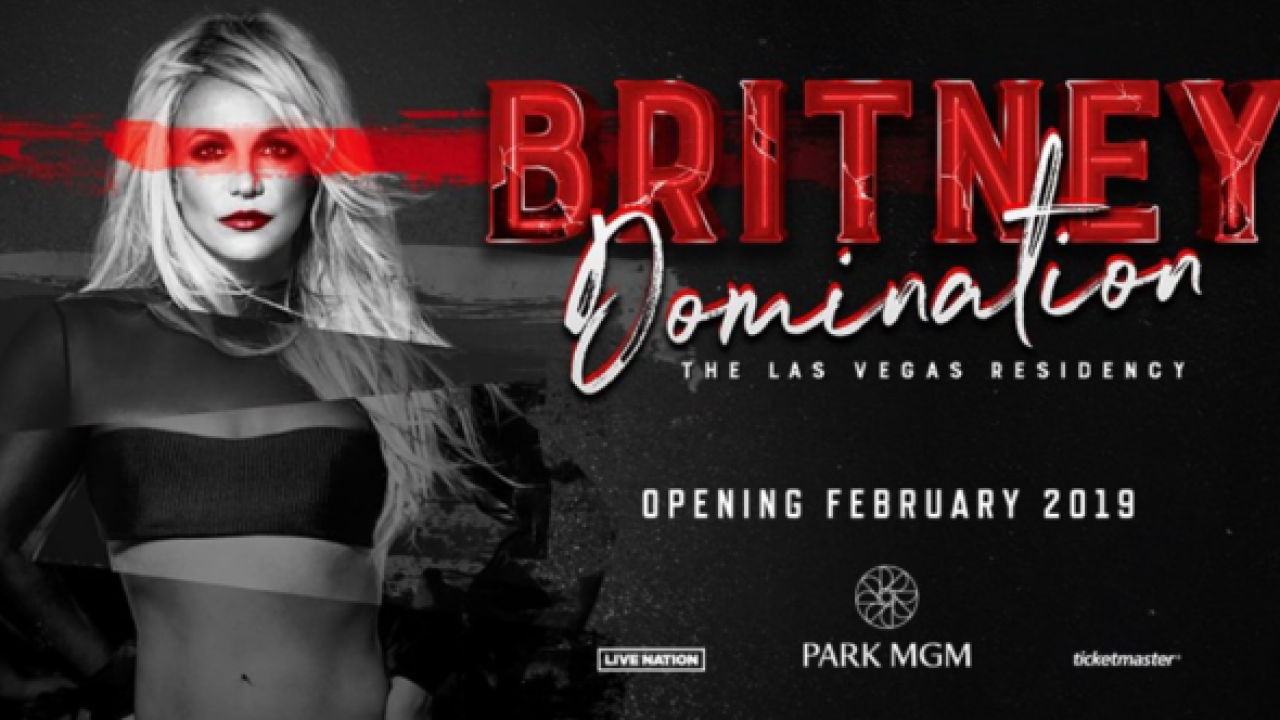 Britney Spears announced she is returning to the Las Vegas Strip with a new residency at the Park Theater at Park MGM in 2019.

She made a special appearance in front of the T-Mobile Arena Thursday evening to announce her Britney Domination residency.

Spears' new contract will have her earning $507,000 a show, according to a Daily Mail report. This figure would make her the highest-paid entertainer in town.

The 36-year-old said she had a "huge announcement to make on Oct. 18" when she appeared on "The Ellen DeGeneres Show" earlier this month.

.@BritneySpears has an announcement! Oops. I guess she’ll have to do it again. pic.twitter.com/fx8Igehc2x

Thursday's scheduled event was held in Toshiba Plaza, next to the Park MGM.

Spears' new residency will begin in February with tickets on sale Oct. 26.