This is a roundup of all the breaking news in the Las Vegas valley for April 13, 2017.

The Clark County Fire Department responded to a fire on the roof of the Bellagio hotel-casino at 10:50 p.m. The fire was reported to be knocked down at 11:09 p.m. There were no reported injuries. READ MORE.

Regarding the crash near Arville Street and Pennwood Avenue, police said they attempted to stop the vehicle for a minor traffic infraction when the vehicle took off. Police did not pursue the vehicle, which then crashed into three vehicles. Police said it is unknown why the driver took off. The male driver who fled on foot after the crash remains at large.

A man shot at a vehicle near Vegas Drive and Tequesta Street, not far from Decatur Boulevard, around 2:20 p.m. No one was injured. There is no suspect in custody at this time.

A man fled from a traffic stop and then crashed into another vehicle in the 3000 block of Arville Street, near Pennwood Avenue, around 4:30 p.m. The man is not in police custody at this time.

Las Vegas police are searching for a person who fled from a vehicle during a traffic stop near Lake Mead Boulevard and U.S. 95. A perimeter has been set up.

60-year-old Charles Raybon is missing. He was last seen Feb. 26 near Centennial Parkway and Grand Montecito Parkway. He is considered an endangered adult. He is 5-feet 6-inches tall and 120 pounds. Call 702-382-1111 if you have information. READ FULL STORY 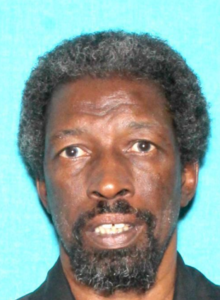 According to Nevada Highway Patrol, the southbound lanes of I-15 have re-opened after a fuel spill earlier in the day. Drivers should use caution.

#update I15 southbound is open, drivers use caution, clean up crew will be on scene cleaning spill. Photos of damage/plug used to stop leak pic.twitter.com/ceUNjpLOPB

A fuel tanker has spilled gas on I-15 near Lamb Boulevard. The southbound lanes are closed and traffic is being diverted. The closure is expected to last for several hours.

#TrafficAlert I15 SB/South of Lamb, tanker hauling 2,700 gallons of diesel fuel had spill, traffic being diverted at Lamb. Expect Delays

#update 700 gallons of gasoline spilled, it's not on the roadway but still a hazmat situation, I15 SB still closed for the cleanup process pic.twitter.com/Jzlbas09zH

Police have confirmed that one of the people involved in the crash near Civic Center Drive and Las Vegas Boulevard has died. READ FULL STORY

A vehicle struck a pedestrian on Sunset and Pecos roads. The pedestrian has been transported to Sunrise hospital and is in critical condition. The driver of the vehicle remained on scene and no arrest have been made.

A pedestrian was hit near Sunset & Pecos & rushed to Sunrise Hospital in critical condition. pic.twitter.com/C9ceHcfQ7A

Police and first responders are on the scene of a serious crash near Civic Center Drive and Las Vegas Boulevard. Road closures are in effect. READ FULL STORY

2 car crash at LV BLVD & Civic Center, the intersection is closed down while @NLVPD investigates the accident. pic.twitter.com/mOLNTmq7JA

A fire has displaced residents of a home near Hacienda Avenue and Maryland Parkway. No injuries have been reported. Cause of fire unknown at this time.

This house caught fire overnight. Crews are boarding it up now. @KTNV pic.twitter.com/EPWf1bgjvV

Police are investigating a homicide that happened shortly before 1 a.m. near Sahara Avenue and Sandhill Road. A man says that he shot someone after he or she tried to break into his apartment. READ FULL STORY

BREAKING: man shot and killed near Sahara/Sandhill. Shooter is claiming self defense. pic.twitter.com/29kZM6vTtj

Las Vegas police are investigating a robbery at Arizona Charlie's on Boulder Highway around 9:44 p.m. Wednesday. Police said a black man approached the cashier's cage and presented a firearm before fleeing on foot with cash from the casino's north entrance. No arrests have been made.