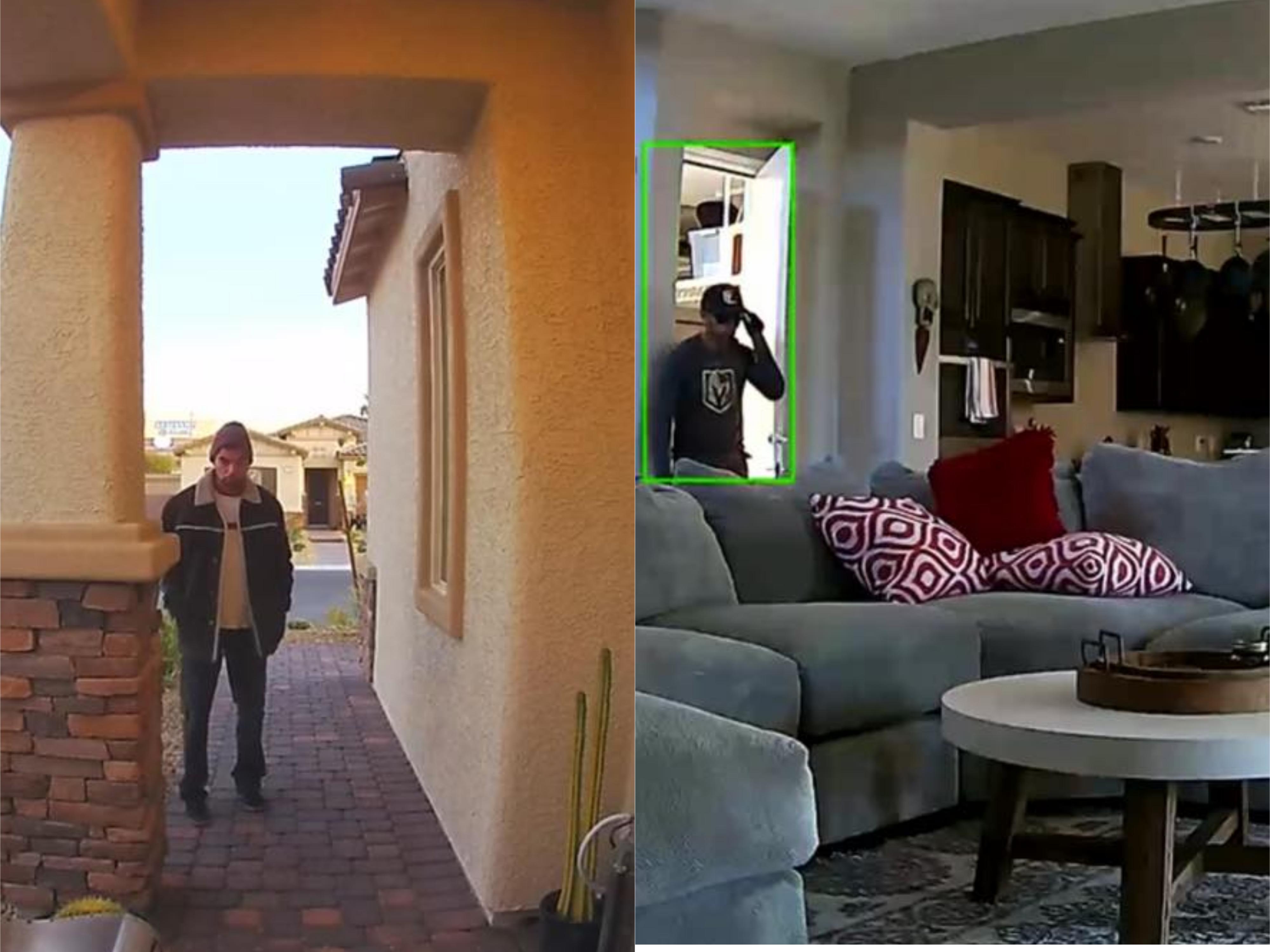 A bizarre burglary caught on camera. The suspect took his time going through a home in the northwest Las Vegas valley. 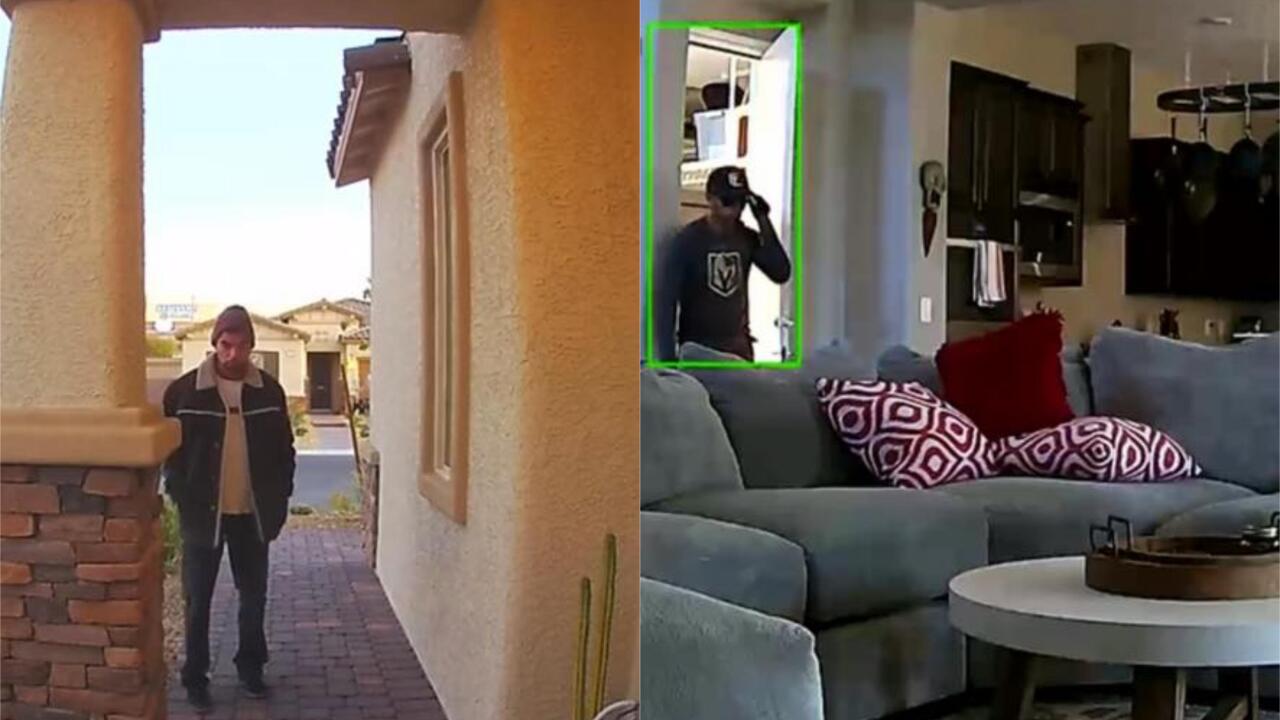 The man takes his time going through a home in the northwest Las Vegas valley.

The man -- wearing a beanie and a jacket -- approaches a home near Centennial Parkway and Hualapai Way just before 7 a.m. Sunday.

He sees the Ring doorbell camera, stops, walks away and gets in a car parked at the corner

Minutes later, another camera captures the same man pop through the home's window.

The man jumps right in and for the next four hours, he makes himself at home.

The homeowners declined to speak on camera, but said they were on vacation at the time.

Cameras inside their home tell the story of how the man made multiple trips back and forth to the garage while carrying personal and sentimental items.

At one point, he even changed into the homeowner's Vegas Golden Knights shirt!

The homeowners say the suspect also took their brand-new Toyota 4Runner with plates NV 66B 322.

Neighbors in the northwest like Cathy are appalled after hearing about what happened.

But one thing the homeowners are thankful for are neighbors keeping an eye.

One took photos of the vehicle the suspect may have used -- the silver car in the video -- and a possible accomplice.

That information has been sent to the police department, but has not been confirmed by police.

Cathy says at times like these it's important to know who's next door.

"We've all lived there from day one. If we know one of us is going to be away, we all look after each other. And we do house checks."

If you recognize the man in the video or know any information about this burglary, call the Crime Stoppers Tip Line (702) 385-5555 or submit a tip oline CrimeStoppersOfNV.com.