Biden extolls rule of law during speech in Las Vegas 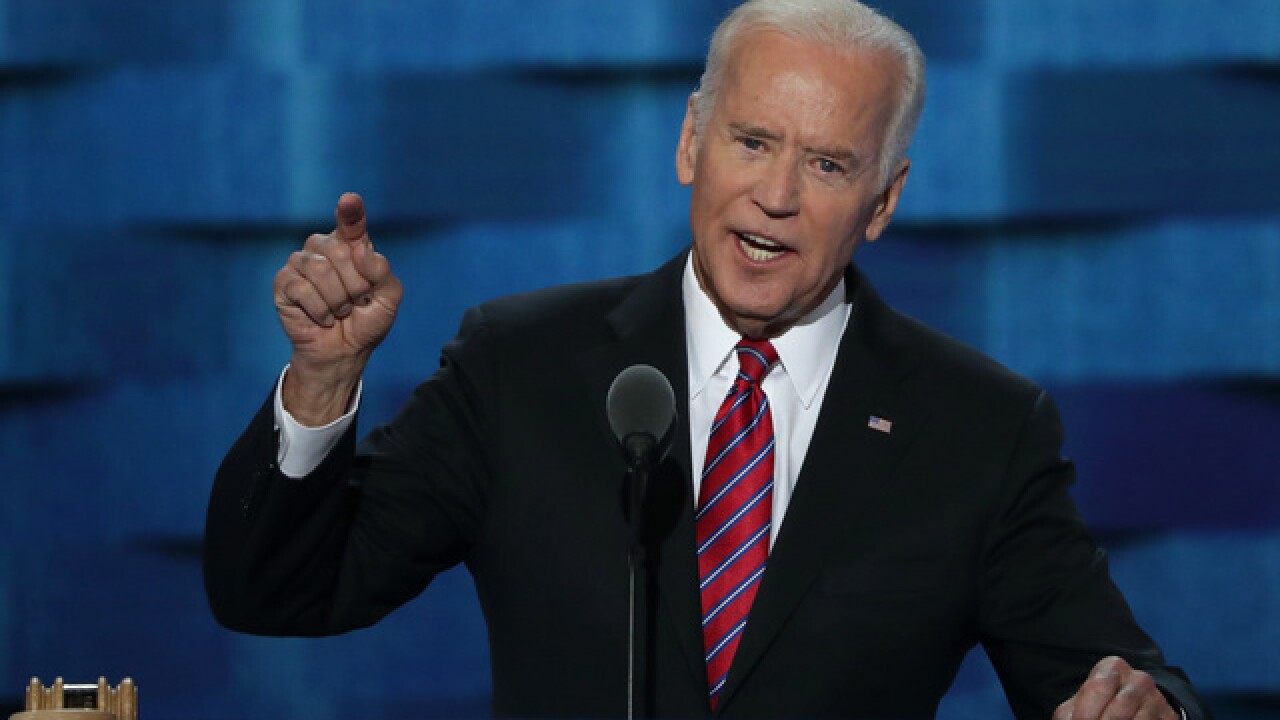 LAS VEGAS (AP) — Saying civil and constitutional rights are under "unrelenting attack," former Vice President Joe Biden used a speech at a law school fundraiser in Las Vegas to remember congressional bipartisanship and to rally for the rule of law.

Biden called Bush a man of class and decency who fought his own ailments to personally meet Biden when Biden's son, Beau Biden, was dying of cancer in 2015.

Biden didn't use President Donald Trump's name during his speech, and he made no reference to whether he'll seek the 2020 presidential nomination.

He instead compared other countries, where he says "the king is law," to the U.S. where "the law is king."